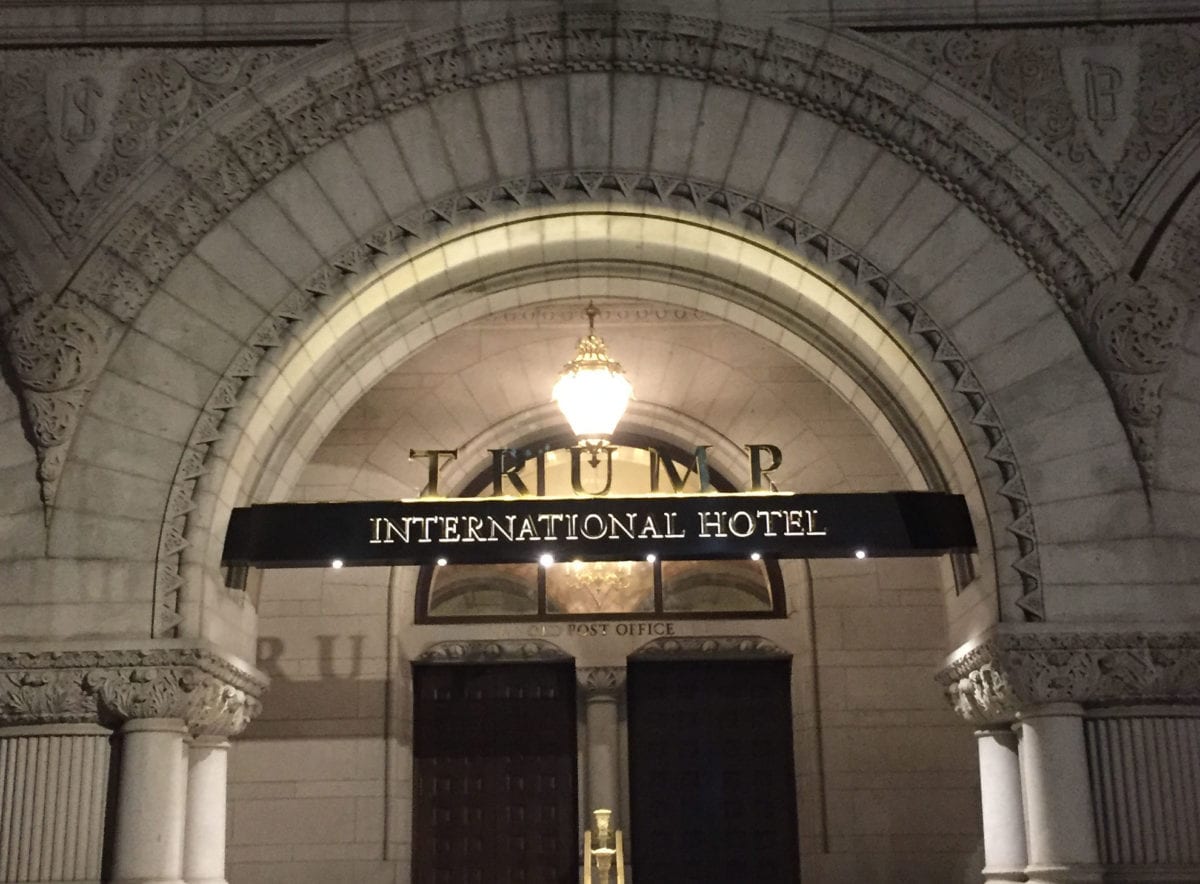 A night view of the main entrance to the Trump International Hotel on Pennsylvania Avenue in Washington, D.C. : Glynn Wilson

Carl Bernstein, one of the Washington Post reporters of Watergate fame who brought down President Richard Nixon, says the New York Times‘ report on Trump’s business losses and tax evasion schemes is the “smoking gun” that should take down Donald Trump as president. He said it as an analyst on CNN.

“This is the smoking gun,” he said.

In a shorter summary of the report, that broke late Sunday on the New York Times website, it is clear that Trump has long been a tax cheat, going to great lengths to rob the United States of America he now leads of millions in tax revenue that could have been used to operate the government and reduce debt and deficits.

18 Revelations From a Trove of Trump Tax Records

According to the Times‘ report — which is based on records leaked by anonymous sources, some already sitting around in Congress in the files of an IRS oversight committee — Trump paid no federal income taxes in 11 of 18 years examined. In 2016 and 2017, the year he won the election and first year in office, his tax bill was only $750, even though he claims to be a highly successful billionaire businessman.

Trump has been refusing to release his taxes publicly like every presidential candidate since Gerald Ford claiming his taxes are under audit. The Times found out that is true, although there is nothing to prevent him from releasing his personal or business tax returns. The reason Trump’s tax returns are being investigated by the IRS is because he claimed such large losses on his 2010 tax forms that he applied for and received a check for $72.9 million from the federal government in the form of a tax refund. Anything over $2 million is subject to Congressional oversight.

The Times investigation reveals that Trump claimed his children as consultants in businesses they were already being paid to run, and illegally wrote off huge consulting fees on his taxes. That is one of the claims under investigation both by the IRS and the U.S. attorney in the Southern District of New York.

Many of Trump’s signature businesses, including his golf courses, which Trump uses to prop up his image as a successful businessman, rather than making money are losing massive amounts each year. To keep them afloat over the years, Trump has used income from selling his name to prop them up. At the same time, those reported losses drastically reduced his tax bill.

The Times report shows that the financial pressure on Trump was closing in on him in 2015 when he decided to run for president, and is closing in on him now, with payments on no less than $421 million in loans coming due in the next four years.

“The financial pressure on him is increasing as hundreds of millions of dollars in loans he personally guaranteed are soon coming due,” the Times report says. “Should he win re-election, his lenders could be placed in the unprecedented position of weighing whether to foreclose on a sitting president.”

Think about the implications of that. And this story does not even include the debt Trump incurred from the Russian Mob and Vladimir Putin. Although it does include much of the financial information from the Miss Universe Pageant Trump staged in Moscow in 2013. Trump’s payoff reported as a profit from that was only $2.3 million.

That was made possible, at least in part, by the Agalarov oligarch family, the Times reports, “who would later help set up the infamous 2016 meeting between Trump campaign officials seeking ‘dirt’ on Hillary Clinton and a Russian lawyer connected to the Kremlin.”

Even while losing money, Trump and his family members have managed to enjoy a “lavish lifestyle” according to the Times, “by taking tax deductions on what most people would consider personal expenses, including residences, aircraft and $70,000 in hairstyling for television.”

As president, Trump has received more money from foreign sources and U.S. interest groups than previously known, and he paid far more in taxes in foreign countries than he paid in his own country, potentially making him a national security threat.

An editor’s note from Dean Baquet, an African American from New Orleans, fails to mention why the decision was made to run with the story before the election. This was a smart move, in my opinion, since it would have become part of the story. In 2004, the Times held a story for a year proving massive domestic spying by the Bush administration and AT&T, and later said it was held so it would not have an impact on the election. This shows the Times learned its lesson from that. Not running a story of this magnitude would also have an impact on the election, a potentially deleterious one.

An Editor’s Note on the Trump Tax Investigation

Hopefully we will find out more about this, after Trump loses the election.