ATLANTA — As partisans celebrated and protested Democrat Joe Biden’s victory, some Georgia counties are inching toward a final count of ballots in the state elections.

In Midtown and at Freedom Park in Atlanta, a rally broke into a dance party to celebrate the declaration of Biden’s win. At the State capitol, hundreds of Trump supporters rallied to allege the election has been stolen from their candidate.

No substantiated allegations of fraud have come to light.

Our team of journalists will continue to be up around the clock to offer the latest developments and insights as the count goes on.

SATURDAY BLOG: Fulton County rescans certain ballots ‘out of an abundance of caution’

Please note all times are E.T.

5:55 a.m. | Both Trump and Biden supporters took to the streets of Atlanta for much of the afternoon and into the night on Saturday. In Midtown, streets were blocked as people danced, cheered and waved flags. 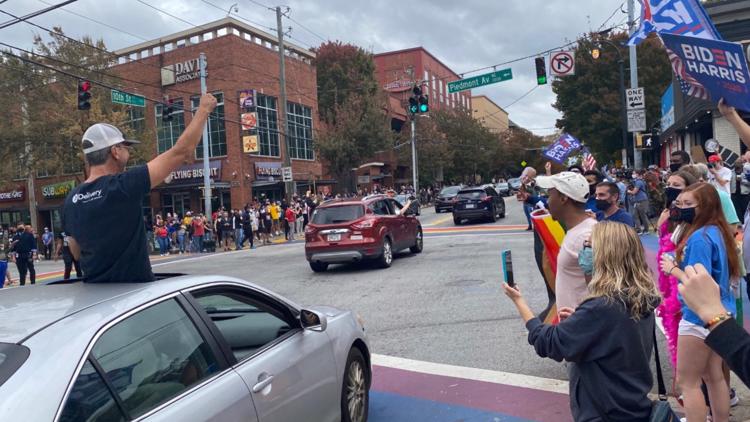