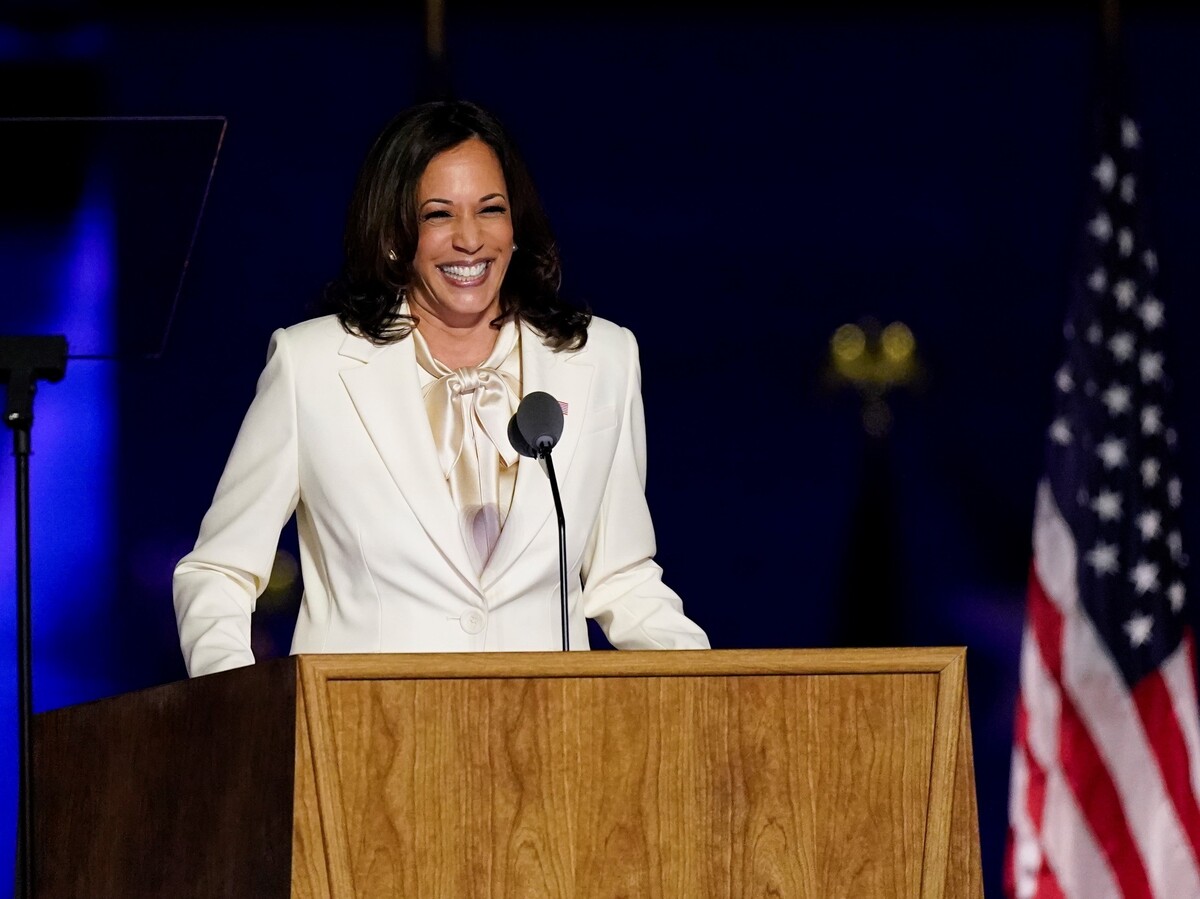 To many people it’s a giant leap forward for womankind. But to others, the historic election of the nation’s first female and woman of color to be vice president is a long-overdue step, and a reminder of how much more of the road still lies ahead.

New York marketing executive Wendy Salz is one of several women who spoke with NPR four years ago, after Hillary Clinton lost her bid to become the nation’s first female president. When this year’s race was called for Joe Biden and Kamala Harris, she was so overjoyed, she screamed, sobbed and cheered.

“My God. How fabulous is that,” she exclaimed, a little calmer, but still thrilled, days later. Harris’s election, she said “is reinforcing the ability to dream and to achieve in the next coming generations.”

Her 25-year-old daughter, Moira Johnston, was also thrilled to hear the news. She was jumping up and down at work, high-fiving, crying and sharing champagne with friends. “We’re kind of pushing open a door that was slammed in our faces,” she said.

Wendy Salz and her daughter Moira Johnston were devastated in 2016 when Hillary Clinton lost her bid to become the nation’s first female president. This year they rejoiced when Kamala Harris was elected to become the first woman vice president. 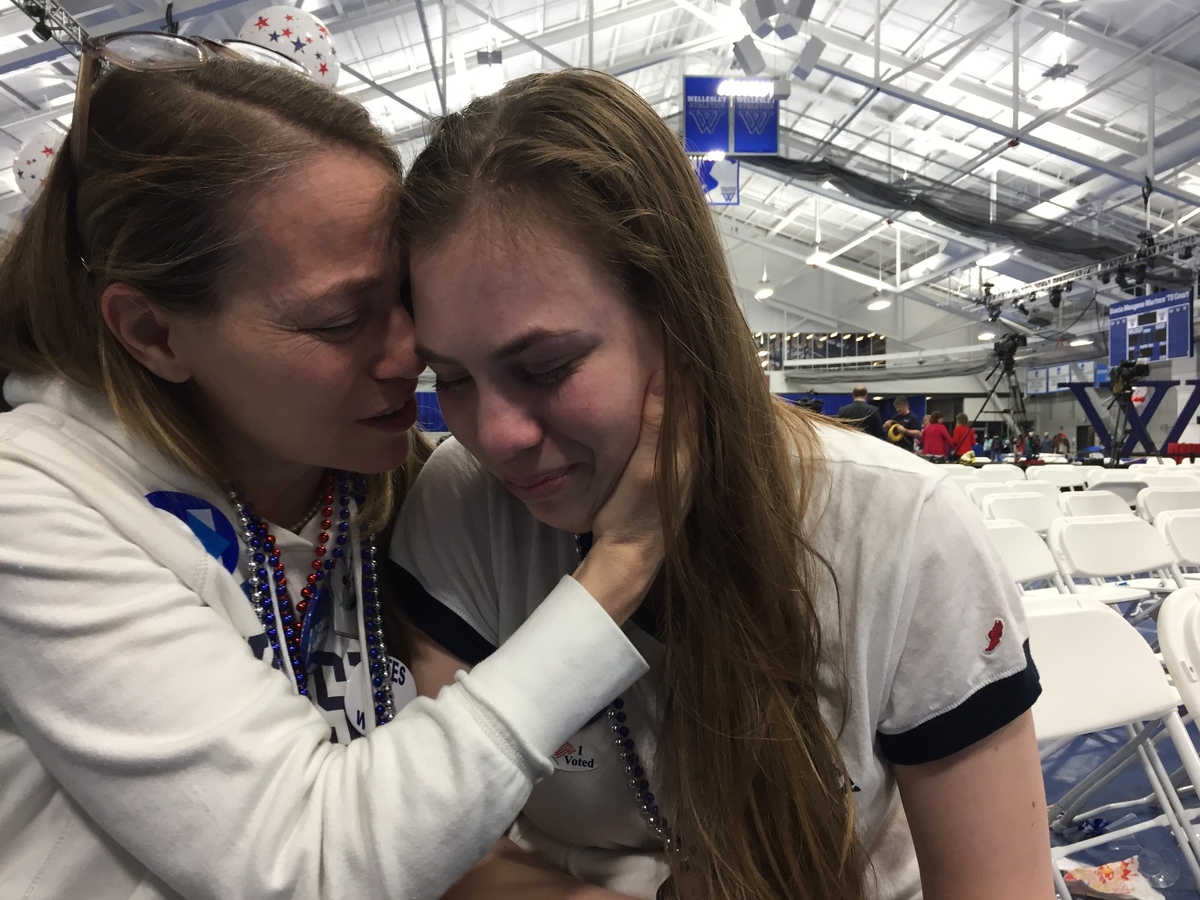 Wendy Salz and her daughter Moira Johnston were devastated in 2016 when Hillary Clinton lost her bid to become the nation’s first female president. This year they rejoiced when Kamala Harris was elected to become the first woman vice president.

Their tears of joy were a far cry from their sobs of despondency on election night in 2016. They had gathered for what was supposed to be a celebration at Wellesley College, Salz’s and Johnston’s alma mater as well as Clinton’s. Cupcakes were topped with shards of sugar glass, and toy hammers were set out for what they thought was the imminent shattering of the ultimate glass ceiling. But by the end of the night, the only thing shattered was their hopes.

“It was just complete and utter despair,” recalls Johnston.

“That night is still so vivid. It was heartbreaking,” said 27-year-old Kathleen Zhu, another Wellesley alum who was wailing that night. “It was like the county validated a divider and turned its back on an intelligent woman. And I feel like so much of that was so sexist and so misogynist.”

‘Deep sense of relief, but not exactly exuberance’

So, this year, when the nation elected its first female vice president who’s also Black and South Asian, Zhu felt a deep sense of relief, but not exactly exuberance. But Zhu, an Asian woman herself, said she still did not see it as a moment to rejoice in how far women have come.

“Oh my god, no! Not at all. I don’t think this is a sweet victory,” she said. “Look at how close the vote was. This was not a sweeping victory.” To Zhu, it was also a disappointment to see Harris in the No. 2 slot. “I guess people are [saying they can] accept a woman as vice-president but not as president,” she said. 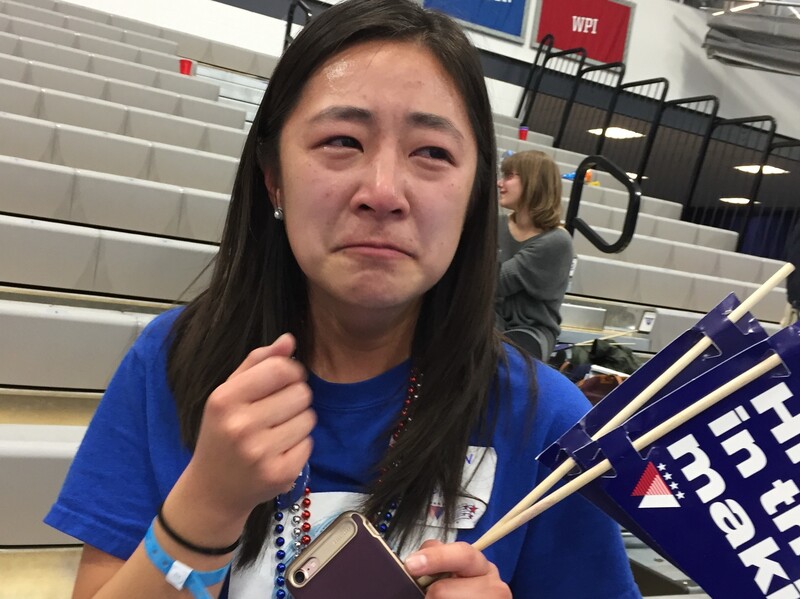 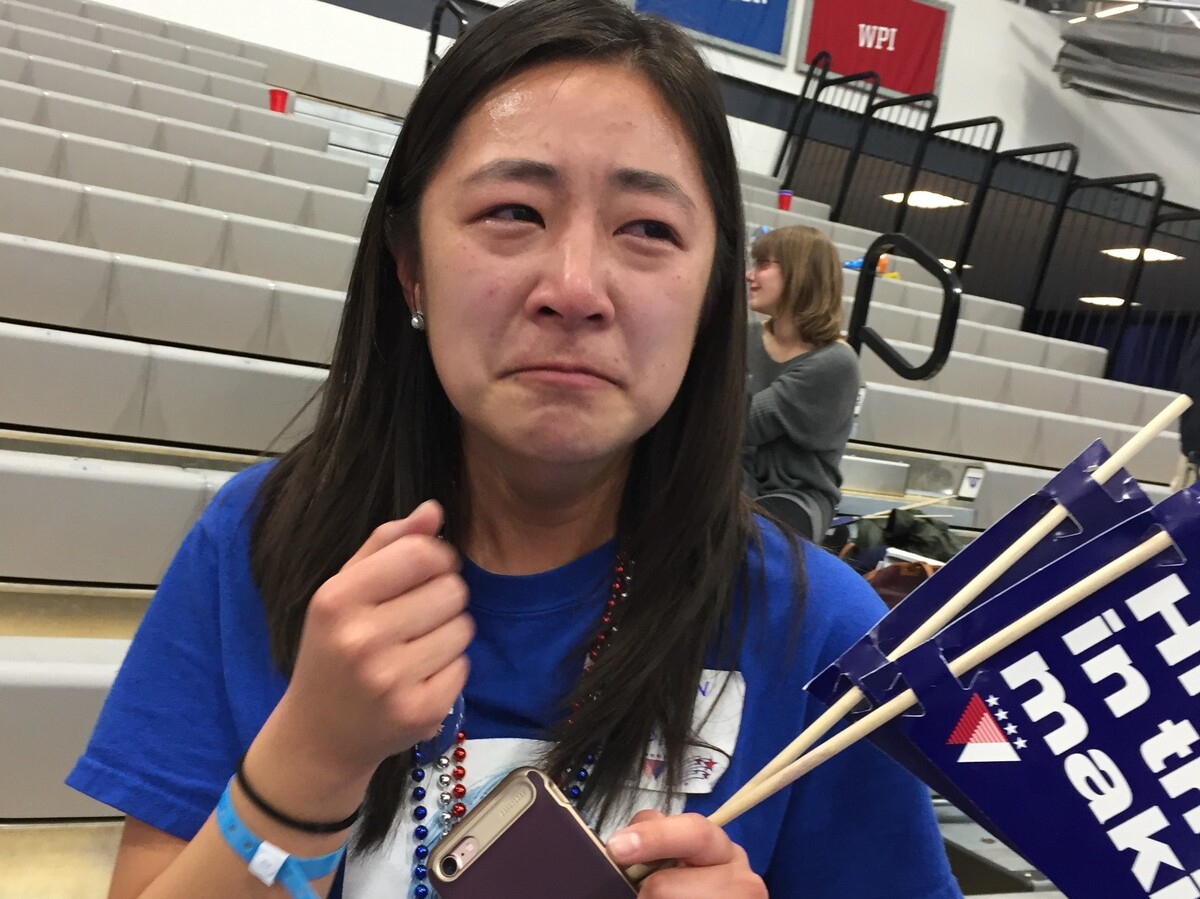 The past four years have left her much more jaded than she was in 2016. Back then, even in the depth of her despair on election night, she insisted women had to only “wake up the next morning, put on our pantsuits, and fight on.”

Nothing, she thought back then, was beyond reach.

“I was definitely was naïve,” she sighed, recalling it this week.

Today, she says, she tends to be less focused on how far women have come, and more tuned in to how much of the glass is left to be filled. Since she left the “bubble” of her super-supportive “women-can-do-anything” all-women’s college, she said, reality has hit hard. She has encountered everything from little indignities, like being presumed to be a nurse while training to be a doctor, to much bigger challenges, like when she came forward with a complaint of sexual assault, and, as she put it, “No one believed me.”

“It was very eye-opening,” she said. “I got the message loud and clear. Now I recognize how difficult it is. It’s made me grow up a lot.”

‘A country that doesn’t see a place for me’

In retrospect, she said, she too, was living under a “delusion” in 2016, that the nation had made much more progress toward race and gender equity than it actually had. As a Black woman, she said, it was devastating to see how many Americans were voting for a man known for his racist, and sexist comments.

“I look at a country that doesn’t see a place for me,” she said, weeping that night in 2016 “when quite honestly, my ancestors built it.”

The four years since then, she said, have only catalyzed the hate and division in the country, leaving her feeling even less welcome and more fearful. Now, she said, she knows better, and does not expect the election of a woman vice president to make sexism or misogyny disappear, any more than eight years of a Black president eradicated racism.

“I think that this past four years just put a flash light on something that was always there, and Trump is just a reflection of the country, — and not the opposite,” she said. “It’s clear that we’re not as far away from that ugly truth of America as a lot of people thought we were.”

But as disheartening as it is, Robertson said, it has also left her feeling emboldened to press on.

“Four years ago, I felt like I was being pushed out of the way, and there was no place for me,” she said. “The way I feel now is that it’s my job to take up space in the country that I think I deserve. And I will just force it to be done.”

Wendy Salz feels the same resolve. “We are reenergized,” she said. “Our sleeves are rolled up.”

But at 59, she bristles at suggestions that Harris’s election is anything less than epochal, and cause for jubilation. It may be a generational thing, she said, but she can’t help but rejoice in the part of the glass that is full.

“It’s much more ingrained in who we are that this is a major, major, major accomplishment,” she said. “Every step forward” must be celebrated, she said.

No one should be saying, “It’s only vice president,” she said, but rather, “Thank God, we made it this far.”