Federal Trade Minister Simon Birmingham has not yet heard from his Chinese counterpart, despite the Federal Government signing the largest ever free trade deal in history.

The Regional Comprehensive Economic Partnership (RCEP) was signed yesterday, with 15 countries including Australia, China, Japan, South Korea, New Zealand and the 10 members of the Association of South-East Asian Nations (ASEAN) including Indonesia and Vietnam, agreeing to the deal.

Mr Birmingham told Today he was yet to hear from Beijing, as tensions between Australia and China continue to loom. 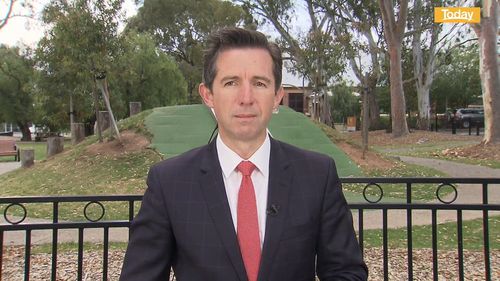 “Our position remains the same,” he said.

“We do want to see these types of regulatory disruptions stop.