GV Wire asked 300 likely voters who they would choose among two high-profile potential candidates —Dyer and Janz — and Brand, who is seeking re-election.

Dyer is preferred in a three-way race, with Janz a close second. Janz holds an edge in a one-on-one matchup against Brand.

Thanks to the Fresno City Council last year removing time limits for fundraising, Brand has amassed a six-figure campaign chest. Through the end of 2018, the latest reporting date, Brand raised more than $445,000.

Janz has publicly stated that he is considering a mayoral bid. In 2018, he gave Rep. Devin Nunes (R-Tulare) his most competitive election, raising millions in the process. Nunes prevailed, winning 52.7% of the vote.

Janz’s showing raised his name recognition among city voters — 51% of Fresno’s registered voters are in the 22nd congressional district.

“I haven’t decided whether I’m running for mayor. But this poll tells us what we already know — Fresno is ready for a change,” Janz said.

Dyer is scheduled to retire as Fresno police chief in October after 18 years. A public search for his successor is underway. He would not commit to extending his public career.

“I do not know what the future holds for me, other than finishing strong as the police chief,” Dyer said. “These are certainly interesting numbers, but it is simply a poll.  The decision for me to run for political office in the future would not be based on a poll, but rather a calling.” 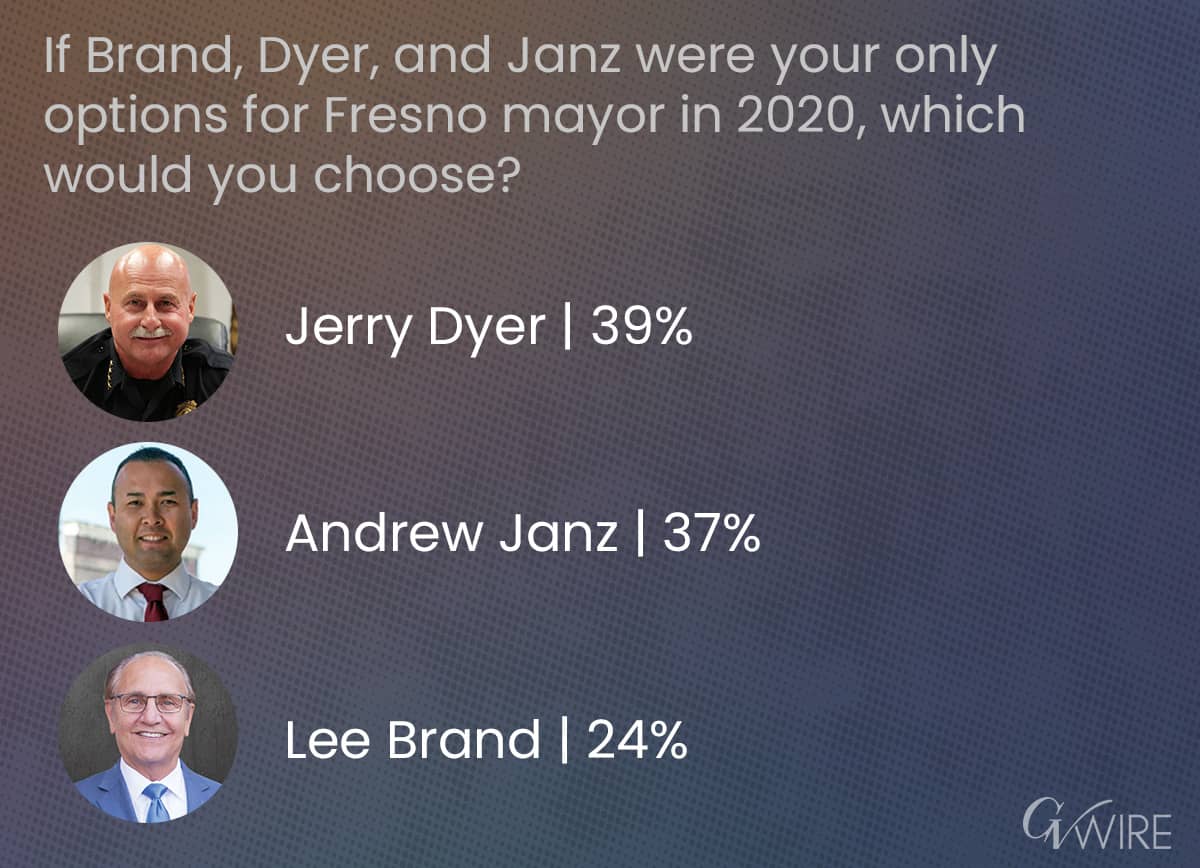 In a runoff scenario between Janz and Brand, poll takers chose Janz with 53%. That included one-third of Republicans crossing over for Janz. Thirty percent of Democrats said they would vote for Brand. 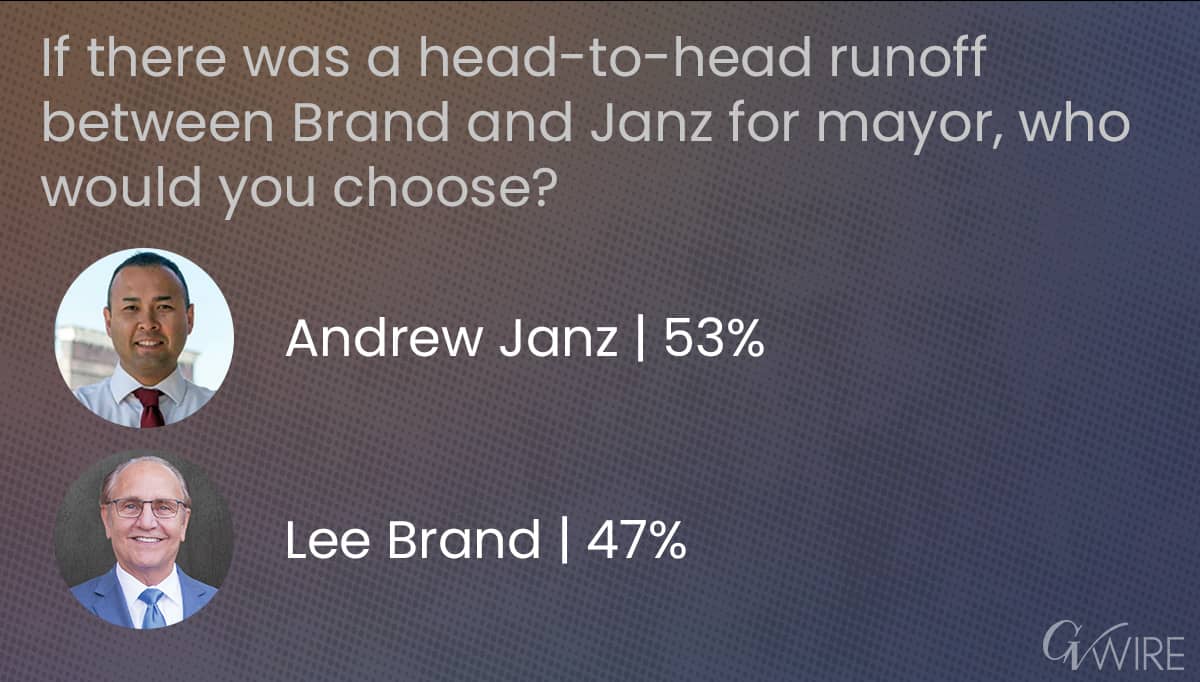 Although the mayoral position is nonpartisan, political affiliations are important to many voters. Brand and Dyer are Republicans; Janz is a Democrat. Also, Dyer does not live in the city of Fresno, despite serving as its police chief. To run, he would need to move within the city limits 30 days prior to filing, which would be approximately December 2019.

In the 2016 mayoral race, early polls showed Brand trailing, and during the June primary, Perea earned 45% of the vote to Brand’s 31%.

However, Brand rallied to edge Perea, receiving 51% of the vote.

The most recent figures from the county clerk show 245,776 registered voters in the city: 41% Democrats, 28% Republican, 26% no party preference. The remainder are registered with other parties.

The mayoral primary is March 3, 2020, less than 11 months away. If no candidate receives a majority of the votes, a runoff would take place in November.

Since Fresno held its first election under the strong mayor format in 1996, no incumbent has lost when running for a second term.