The battle to control the House of Representatives in the 2022 midterm elections could come down to efforts in a handful of rural districts.

House Republicans are targeting 47 Democratic seats as they look to take back the majority in 2022, including nine seats in significant agricultural districts. Democrats have their eyes on several GOP House members in rural areas where Democrats have done well in recent elections.

Some rural GOP-held seats also could be wiped out by redistricting as a result of the 2020 Census.

The National Republican Congressional Committee, the House GOP’s campaign arm, is calling the 47 seats “offensive opportunities” and calls 29 incumbents “Battleground Democrats.” In those 29 districts, President Joe Biden lost the district, or the 2020 presidential or congressional margin was within 5%.

Democrats currently control the House, 221-211. There are three vacancies; two that were won by Republicans who later died from COVID-19, and a third that was vacated by Louisiana Democrat Cedric Richmond, who resigned to serve in the White House.

Steven Schier, political science professor emeritus at Carleton College in Northfield, Minn., said Republicans are looking at a variety of places where they can improve their vote.

Among the 29 Battleground Democrats are the nine ag district incumbents being targeted by the NRCC: Tom O’Halleran of Arizona, Cindy Axne of Iowa, Cheri Bustos of Illinois, Angie Craig of Minnesota, Antonio Delgado of New York, Henry Cuellar of Texas, Filemon Vela of Texas, Abigail Spanberger of Virginia and Ron Kind of Wisconsin. Spanberger and Bustos survived especially close races in November.

“What Democrats like Bustos and Spanberger need to do is to identify themselves somewhat separate from the more urban and progressive elements of their party,” Schier said.

Spanberger already did that on a Democratic caucus call Nov. 5, 2020, where she reportedly chided some in the party for embracing terms like “socialism” and “defunding” the police.

Spanberger narrowly beat her Republican challenger 50.8% to 49%. Bustos — the leader of the House Democratic reelection efforts for the 2020 elections — topped her rival 52% to 48%.

The biggest casualty in farm country however, was the ousting of former House Agriculture Committee Chair Collin Peterson, D-Minn. He was defeated by Republican Michelle Fischbach in the state’s 7th District.

“Republicans are going to look at that playbook and see if they can replicate that in other districts that are somewhat rural but are represented by Democrats,” Schier said.

But Republicans have their own vulnerable members to worry about as Democrats attempt to make freshman lawmaker Marjorie Taylor Greene, R-Ga., the face of the party. Greene has told GOP colleagues she regrets her past support of QAnon, but House Democrats, along with 11 Republicans, stripped her of her committee seats.

The Democratic Congressional Campaign Committee is also going after Rep. Don Bacon R-Neb., a member of the House Agriculture Committee. Biden got 56.4% of the vote in Bacon’s Omaha-area district. Democrats have already begun running attack ads against Bacon, attempting to tie him to QAnon as well as the Capitol Hill riot on Jan. 6 after his vote against impeachment. 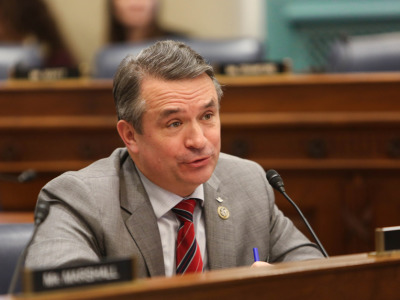 Other Republicans Democrats are going after include House Minority Leader Kevin McCarthy of California, and Reps. Lauren Boebert of Colorado, Mike Garcia of California, Beth Van Duyne of Texas, Maria Salazar of Florida, Brian Fitzpatrick of Pennsylvania, and Young Kim and Michele Steel of California.

“Those will be competitive districts going forward, and that’s one state where two Republican seats are at risk,” Schier said.

Despite being many months away, he also said redistricting of congressional districts should also be kept in mind and will affect the future agricultural representation. Several Midwestern states could lose seats in rural areas. Even in Texas, which is expected to pick up as many as three new districts, at least one major farm district in west Texas reportedly could be eliminated if the Republican-controlled Legislature needs to shore up other GOP districts.

“Redistricting throws everything up in the air because we don’t know how the districts are going to be drawn. Some rural areas are going to lose representation,” Schier said.

He also expects more partisanship and polarization on farm policy moving forward. Schier said Peterson was good about working across the aisle to bring both sides closer together, but it will be more difficult now.

“It’s now going to be harder for that to happen in the future because Democrats and Republicans oppose each other on so many aspects of public policy,” Schier said.

For more news, go to www.Agri-Pulse.com.