As we toast to the hope that 2021 is better than the year just endured, let’s take a quick look in the rear-view mirror at the people who made the news in 2020:

Talk about swimming against the tide. In the age of Trumpism, Borgeas remains a moderate Republican more interested in finding solutions to the challenges facing his constituents than fanning the flames of controversy. This path scored a win for the Fresno lawmaker when Senate President Toni Atkins, a Democrat, picked him to lead the Senate Agriculture Committee. A cross-party selection in the Democratic-dominated Legislature is rarer than snow in Fresno.

To his credit, the Fresno lawmaker is a pain-in-the posterior to California’s problem-plagued bureaucracies. He has put the DMV, the Economic Development Department, and High-Speed Rail on the hot seat many times — leading to firings, policy changes and, on occasion, better performances.

The Fresno physician made headlines when he pushed the Fresno County Board of Supervisors in July to spend COVID-19 funding more quickly. Arambula challenged the supervisors with letters, in person, and with a Facebook town hall. “Our people are hurting, and our healthcare system is exhausted,” said Arambula at the beginning of his virtual town hall. It’s not clear if Arambula moved the supervisors to accelerate the pace, but his actions certainly let them know that people were watching their decisions. Unfortunately, that often isn’t the case.

Not only did COVID-19 fail to knock the Avenal native off his path to unify boxing’s 140-pound belts, but it intensified his fund-raising efforts to help people in need, including farmworkers.  In late August, Ramirez kept his record perfect at 26-0 with a 12-round majority decision over Viktor Postol. In his future: a mega-payday against the sport’s other undefeated division champ, Scotland’s Josh Taylor. 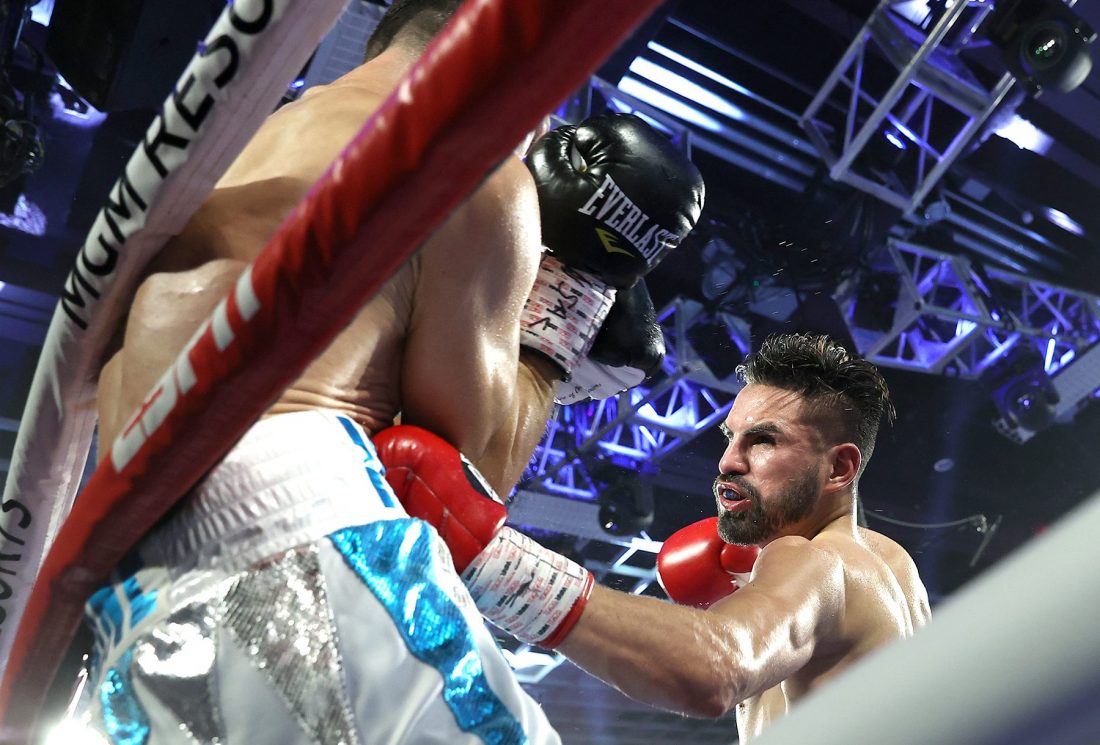 With local conservative politicians saying that children faced little medical risk from COVID-19 and clamoring to reopen schools to classroom learning this summer, Suntrapak loudly voiced his opposition and pointed to the data supporting his position. And, after the police killing of George Floyd, Suntrapak said, ” It is my hope that each of us will stop for a moment and examine our own conscience and our own limits of acceptance of the injustices we are witnessing. ” He’s the rare local CEO who fearlessly wades into political battles.

The medical sociologist isn’t a newsmaker in terms of generating digital clicks. But she’s well-positioned to clean the Valley’s notoriously unhealthy air and improve the health of residents in Fresno’s poorest neighborhoods. In July, Gov. Gavin Newsom appointed Pacheco-Warner to the San Joaquin Valley Air District board. Earlier this month, Newsom also appointed her to the California Air Resources Board. And, she does research for the DRIVE economic equity initiative, as well as the EMBRACE Study involving mothers and their babies.

This time, the Kings County Republican built an early election night lead and held it to win back the 21st District seat from Democrat TJ Cox. With national leaders of both parties targeting the seat, huge funding flowed into this scrap, resulting in nonstop television ads. As a moderate Republican, Valadao is positioned to work with the majority Democrats when teamwork will benefit his constituents. The question is whether he’ll truly be independent — as promised during the campaign — or kowtow to House Minority Leader Kevin McCarthy.

The conservative northeast Fresno representative led unsuccessful fights to reopen businesses and churches, as well as local schools to in-person teaching, amid pandemic restrictions. However, he scored a win by teaming with Mayor Lee Brand and Councilman Mike Karbassi in convincing The Gap to donate 4.8 acres at the airport for a no-kill animal shelter for $1. Making the deal even sweeter: The Gap donated 6 acres in the same area to the Boys & Girls Clubs of Fresno County.

On billboards and in interviews, she urged residents to protect public health by staying home during the pandemic. But she also said that her deputies were much too busy with serious crime to enforce lockdown restrictions. With Fresno Police Chief Andy Hall taking the same stance, is it any wonder that Fresno County has been — and remains — a national COVID-19 hotspot?

Oklahoma City’s deputy chief will have a lot on his plate when he succeeds Hall on Jan. 11 and becomes Fresno’s first Hispanic police chief. There are reforms to implement, a large number of vacancies to fill, and, as an outsider, officers to win over to his leadership and policing styles. Oh, and the new mayor was the city’s police chief for 18 years. Success will require immense skills and a marathoner’s endurance.

Sober pandemic realities shaved some of the Trumpian edges off the Fresno conservative social media warrior. After assessing the negative consequences of the great partisan divide, Brandau deleted his Twitter account on Sept. 1 and vowed that he wouldn’t join Parler, the so-called conservative version of Twitter touted by Trump and Fox News hosts. And, that was before he tested positive for the coronavirus.

Faced with an apparently intoxicated customer in July, Hernandez captured his racist, profanity-laced tirade on her phone’s video camera and posted it to her Instagram account. “You’re a dark-haired dumbass, sand-n—-r motherf—-r,” said Jason Wood, the then-CEO of a Florida-based marketing company, after she asked him to leave. Wood resigned after the video went viral. “You never think it’s going to happen to you,” Hernandez said. “I believe he deserves to be held accountable.”

As Fresno’s leading political liberal, the southwest Fresno councilman is accustomed to the spotlight. When COVID-19 restrictions angered far-right activists led by Sanger pseudo-journalist Ben Bergquam, they showed up at the door of Arias’ gated downtown Fresno condominium. With his children inside, Arias more than stood his ground. In fact, he pushed Bergquam and slapped the hand of a man videoing the councilman with a phone. Arias was cited for misdemeanor battery, but the DA’s office didn’t prosecute.

The lame-duck mayor angered his conservative political base by taking the pandemic seriously and issuing lockdown restrictions that closed restaurants, bars, gyms, and other businesses. Despite the political pressure, Brand stood firm. Then his administration gave residents a long-sought going-away gift with the word that Southwest Airlines was coming to Fresno.

The 2020 election figured to be a walk-over for the veteran Democrat with a little-known neophyte Republican on the ballot. That was before Fresno Councilwoman Esmeralda Soria, also a Democrat, threw her hat into the ring.  Soria’s challenge angered Costa, whose campaign answered the call with TV ads showing Soria earlier showering praise on him. Costa walloped Soria, who had scant campaign funding. Worse than that: She lost Costa’s previously likely endorsement of her for the seat when he retires.

He remains a prodigious campaign fundraiser — for himself and fellow Republicans — and he’s still a Fox News mainstay. But Nunes, who has led this annual newsmakers list before, is fast becoming stale news. His conspiracy theories and baseless lawsuits against Twitter accounts and mainstream media outlets never go anywhere. For the first time in his long political career, Nunes is a lot more boring than controversial.

Castro leaves big shoes to fill at Fresno State. A champion fundraiser and a champion of first-generation college graduates, he the first California native and first Mexican American to lead the 23-campus California State University system and its nearly half a million students. While Fresno State will miss Castro and his astute leadership, it’s nice to know that the Valley has a friend leading the CSU ship.

She seemingly came out of nowhere to become the face of the Black Lives Matter movement in Fresno. She did a fantastic job of organizing peaceful marches and advocating for racial quality, earning nearly universal respect and praise. Then she served in a leadership role on the Fresno Police Reform Commission. I can see her winning a congressional seat someday.

Everywhere you looked, Fansler was visible in the media — explaining the pandemic safety measures he had instituted, sharing that he was losing $400,000 a week in revenue, and protesting both Gov. Gavin Newsom’s orders and citations from local code enforcement. His frustration boiled over when he was cited for serving customers in a portion of Pismo’s with large open windows and an air system that essentially functions as a patio. Enter well-known Fresno attorney Warren Paboojian, who is heading Fansler’s lawsuit against the city.

House Democratic leadership did everything it could to support the freshman congressman after he narrowly defeated incumbent David Valadao in 2018. But Cox committed political suicide by failing to pay his taxes and clean up his business dealings. I don’t know if it was hubris or political naivete that had Cox thinking voters would re-elect a deadbeat, but his political career is done. And he has no one else to blame but himself.

He pulled off the trick of winning the mayoral seat in the March primary, overcoming county prosecutor and former congressional candidate Andrew Janz and loud public opposition, as well as funding, from the Arambula family. Then he went out and raised more than $1 million for 20 Fresno charities on edge because of the pandemic. The question is, can his star power survive the difficult road ahead posed by the pandemic and a city council itching to move City Hall policies further left?

Devoid of a media profile before the pandemic, Vohra became Fresno’s version of Dr. Anthony Fauci. Just like Fauci, Vohra had to do a delicate dance of trying to keep residents safe while not alienating bosses that wanted business-as-usual amid the world’s worst pandemic since the 1918 Spanish Flu. Vohra, an emergency room doctor and UCSF Fresno professor, has proven to be a master politician. He has promoted the policies necessary to save lives without angering the Board of Supervisors to the point that they fired him.

The Creek Fire, which began in September and consumed nearly 380,000 acres, is the fourth-largest wildfire in state history. But not a single life was lost, and Shaver Lake was saved. Credit for that must go to the firefighters who worked day and night for weeks to contain the fast-spreading blaze that began near Big Creek. As bad as it was, it could have been much, much worse for the foothill and mountain residents of Fresno and Madera counties. 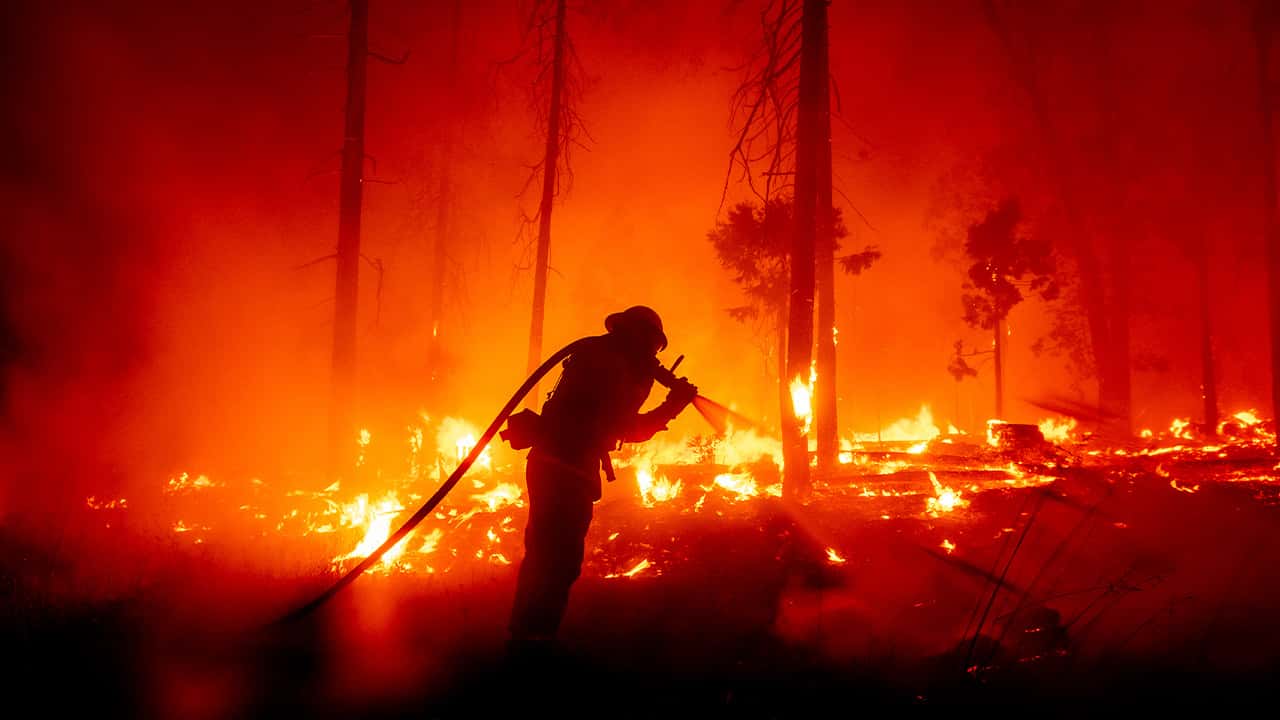 A firefighter battles the Creek Fire as it threatens homes in the Cascadel Woods neighborhood of Madera County on Monday, Sept. 7, 2020. (AP Photo/Noah Berger)

They’ve gone above and beyond to save lives and bring people back to health while risking their own lives during the pandemic. It’s hard to imagine the exhaustion, frustration, and heartbreak they’ve endured while working short-staffed and sometimes without proper safety equipment. We all owe them many thanks.