In 2011, John and Jen Kimmich, owners of the Alchemist, began building a production brewery to package their beers for retail sale. And they made a decision that some in the craft beer industry thought was strange: They built a canning line.

At the time, John Kimmich recalled in a recent interview, craft beer came almost exclusively in 12- or 22-ounce bottles; cans were associated with mass-produced beers. He knew of just a few other breweries in the U.S. using 16-ounce cans, but he had fond memories of drinking “pounders” while growing up in Pittsburgh.

“It just fit with what we were trying to achieve, which was a real lack of pretense,” he said. “We wanted to put a world-class, amazing beer into a can.”

That beer was Heady Topper, which exploded in popularity and drew countless beer tourists to Vermont. Heady Topper “was a phenomenon in and of itself,” Kimmich said, and the phenomenon included the packaging. Many in the Vermont beer industry now agree that Heady played a big role in popularizing the 16-ounce can in the state.

I wondered about those cans, also called “tallboys,” when I moved to Burlington from Montana. When the pandemic hit and I began buying beer in stores instead of bars, I grew even more curious. 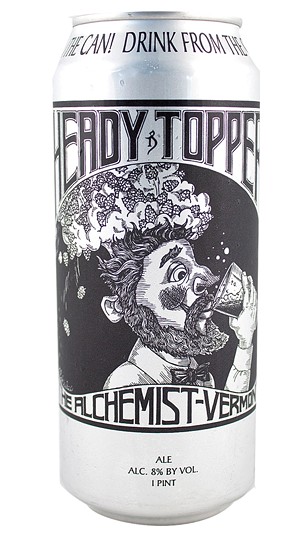 Not that I have anything against 16-ounce cans — I just sometimes prefer 12 ounces. If I feel like having a smaller drink, I’ll opt for Zero Gravity Craft Brewery‘s Green State Lager or a Harpoon Brewery or von Trapp Brewery beer.

Many practical considerations go into beer packaging. Kimmich said cans protect beer from UV light and workers from the hazards of broken glass. And he certainly didn’t want to see an Alchemist bottle smashed at his favorite swimming hole.

Aluminum is also easier to ship than glass, which factors into both the cost and the environmental footprint, though it’s debatable whether aluminum or glass is better for the environment overall. The 16-ounce can probably also seemed like a more natural move for breweries and customers used to 22-ounce bottles.

Then there’s a stickier question: What feels like a Vermont craft beer?

“It just seemed like such a fun and exciting package … And we wanted to drink it out of a can,” Nelson said. “There’s something about — and I might sound a little crass here — being able to shotgun something.”

A lot has changed since the early years of craft brewing, though, and 16-ounce cans are now ubiquitous. Nelson is currently developing Rescue Club, a nonalcoholic beer, with Zero Gravity. They’re putting it in 12-ounce cans, in part to make it pop on the shelves.

“It’s overwhelming when you’re looking at the smaller craft local beers. Nothing stands out because they’re all in that 16-ounce format,” Nelson observed. “A six-pack, 12-ounce, it definitely has more of a vintage feel … That was the package that we all, for lack of a better word, vibed on and agreed on.”

“You hear all different opinions about it,” he said. “It does seem like most consumers prefer that tallboy size.”

To gauge those opinions, I turned to Twitter, where Vermont beer drinkers had plenty of thoughts. Some wanted more 12-ounce cans; in their view, 16 ounces was too large a serving or got warm too quickly. Others preferred the tallboys, noting that four-packs allow drinkers to sample a wider variety. A few wished for 7- or 8-ounce cans.

Some beer drinkers opined that a four-pack of 16-ounce cans is a rip-off — less beer than a six-pack of 12-ouncers for the same or even a higher price. On a recent trip to City Market, Onion River Co-op, I noted local four-packs priced from $8 to $20; given that range, the rip-off assertion seems tough to prove without direct comparison of different-size cans of the same beer.

Roger Kissling, vice president of sales and customer management at Iron Heart Canning, did note that 16-ounce cans provide “better margin potential” for brewers. Iron Heart is one of the mobile canning services that have played a significant role in the craft canning boom of the last decade. Its trucks traverse the eastern U.S. with canning equipment, helping brewers who can’t afford their own canning lines.

Founded in Connecticut in 2013, the company has since filled a quarter of a billion cans, Kissling said. While 12-ounce cans are a little more popular in the Southeast, he confirmed that U.S. craft beer is generally moving toward 16-ounce cans.

No trend is universal, of course. Ryan Chaffin, director of marketing and business development at Farrell Distributing in South Burlington, said the market share of glass remains strong. Some brewers are going even bigger with 19.2-ounce cans, he noted, while others package 12-ounce cans in 12-packs or 15-packs. 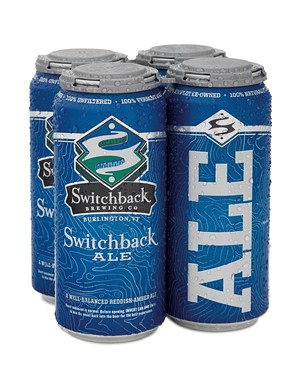 If any brand represents the variability of beer packaging, it’s Switchback Brewing. The Burlington company started bottling in 2012, choosing glass because staff believed it was the best way to ensure quality, according to plant engineer and head of marketing Gretchen Langfeldt. But now, she estimated, the brewery produces about an equal quantity of cans and bottles.

“People want [Switchback Ale] in a variety of ways; it’s kind of a staple,” Langfeldt said. “So [we] just get it to the people the way they want it.”

Her personal preference? “The best package for beer is a keg.” But Langfeldt gets it that individual drinkers prefer glass or cans for reasons that aren’t easy to articulate.