Chet, you’ve really done it this time. The world became enamored with a new bit of content coming from Tom Hanks’s son Chet, as publications as illustrious as The New Yorker have covered Chet’s video since it dropped on Instagram in late March. But what does it all mean?

Chet Hanks dropped a video on Instagram on March 26th, and white boy summer was born. But the question on everyone’s minds is what exactly does white boy summer mean? In order to answer this question we need to look at the source, and all we have is the words of Chet Hanks, those which come in almost a riddle form in the address to his followers in late March. Let’s go to the video.

Let me know if you can vibe with that

Let’s take a look at what Chet Hanks says in the viral Instagram video becoming important enough for every publication from Vice to Page Six to cover.

Chet says, “I just got this feeling, man, that this summer is, it’s about to be a white boy summer. I’m not talking about, like, Trump, you know, Nascar-type white. I’m talking about me, Jon B., Jack Harlow-type white-boy summer . . . Let me know if you guys can vibe with that.”

Okay, so Chet makes a distinction that when he’s referring to white boys, he’s not talking about “Trump” and “NASCAR”. 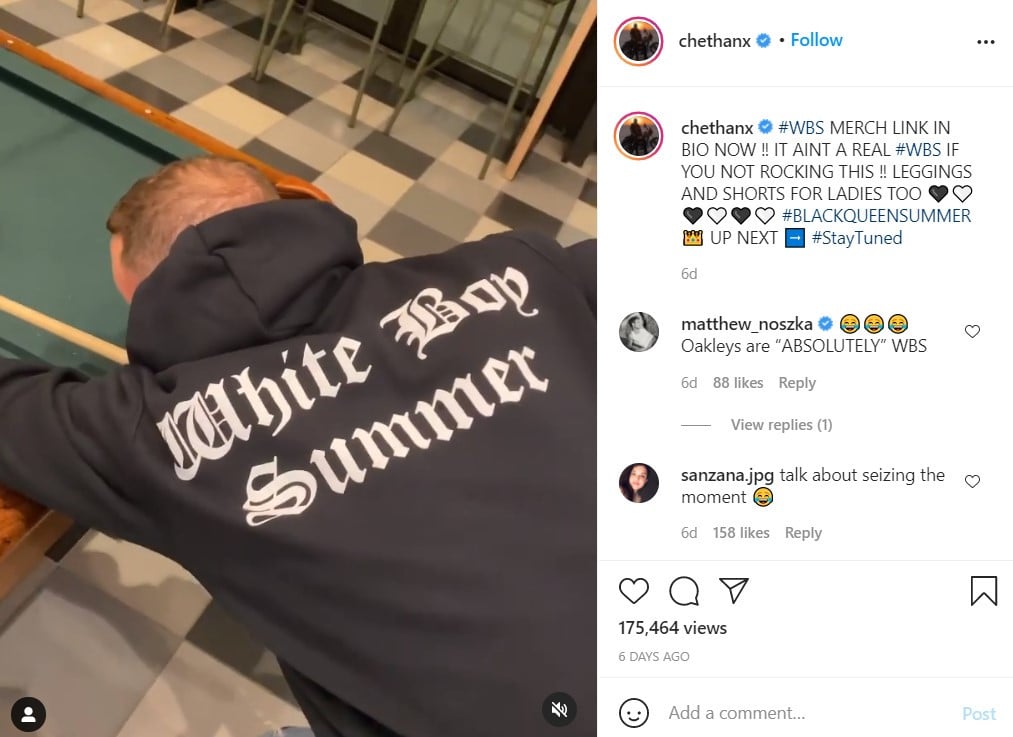 Perhaps Chet Hanks has an idea his words might be misconstrued, considering the fact that last summer amid the George Floyd protests, Americans were forced to address the vast expanses of systematic institutionalized racism in the U.S. and its millions of casualties, in a groundbreaking moment which literally left the country in flames.

Okay Chet, so if you’re not promoting white supremacy during the time following arguably the highest racial tension in the U.S. since the Rodney King riots, what are you saying? Well, Chet Hanks tells us on the Instagram post. 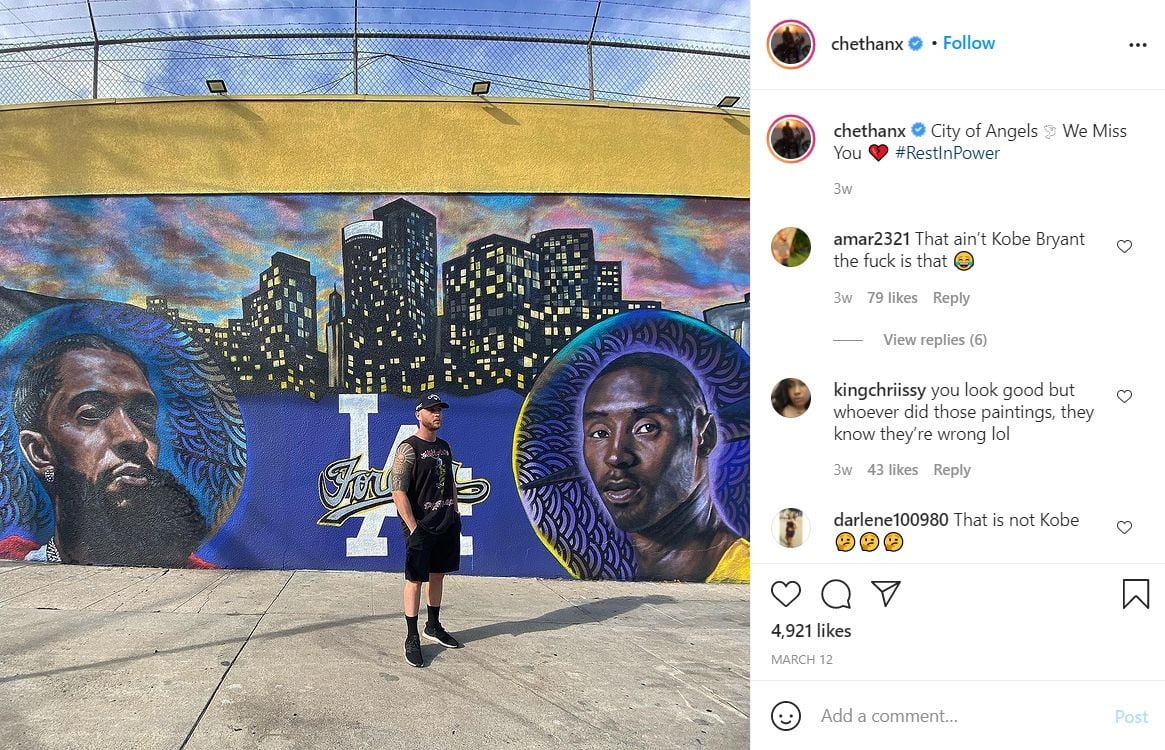 Who is Chet Hanks? He’s the son of Tom Hanks, and he’s consistently made headlines because his personality so wildly clashes with the neutral & beloved everyman good-guy persona of his father.

So what makes Chet different from Trump & NASCAR fans? The New Yorker pointed out in their piece about Chet that he fathered a black daughter, Michaiah, with ex Tiffany Miles.

The details of Chet’s daughter are an important piece of info for those who think Chet Hanks feels he has the right to make a distinction between himself and white people like Donald Trump because he has a black daughter. This idea is only underscored by Chet’s other examples of those representatives of a “white boy summer”. 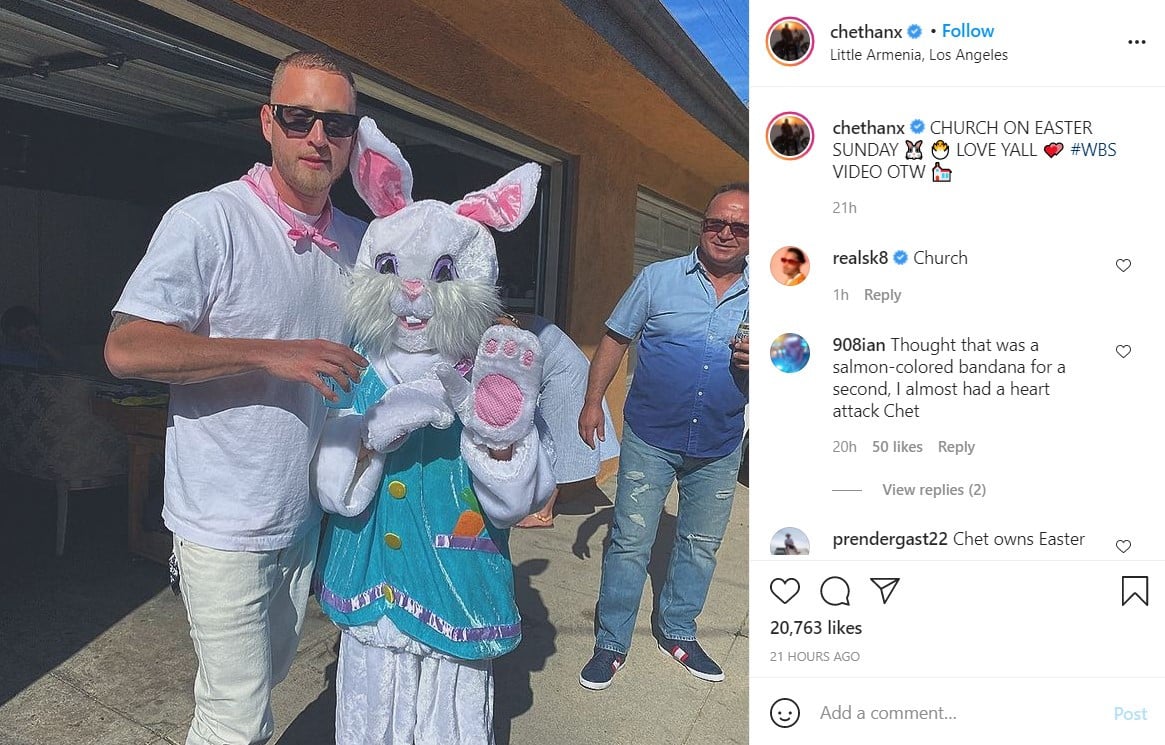 Jon B. is a white rapper who had his heyday in the late 1990s and became a favorite of rap icon Tupac Shakur, who even appeared on one of Jon B.’s tracks. It appeared as though there’s a unifying factor in Chet’s list of those who define white boy summer, and it seems like that factor is white people appropriating black culture.

It’s been reported Chet Hanks has defended his right to use the n-word, saying the word “unifies the culture of hip-hop across all races” (although he later redacted this statement). Does Chet think he’s black? Is his idea of “white boy” a white man like Jon B., who has respect in the rap world, a community founded by black people, by one of its most unquestionable icons? Let’s take a look at his last example. 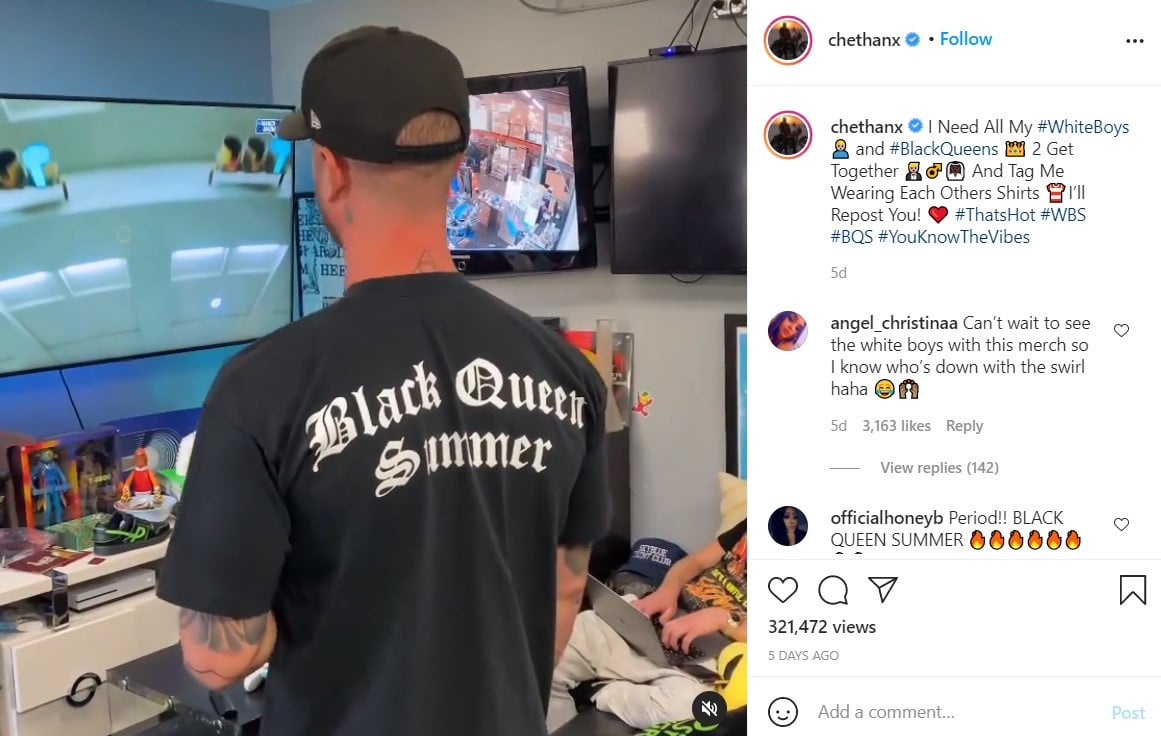 Jack Harlow is another white hip-hop star. Unlike Jon B., Harlow is of the new generation without the same level of clout as someone who’s worked with one of rap’s biggest legends like Tupac.

However, Harlow has worked with some of the next generation’s most massive hip-hop stars like Lil’ Wayne, DaBaby, and Quavo. Harlow seems to be one of hip-hop’s up & coming stars, and the rapper just performed on SNL in late March. When it comes to Chet’s rant, Harlow fits. However, Jon B. & Jack Harlow are hip-hop stars – does Chet think he’s one too? 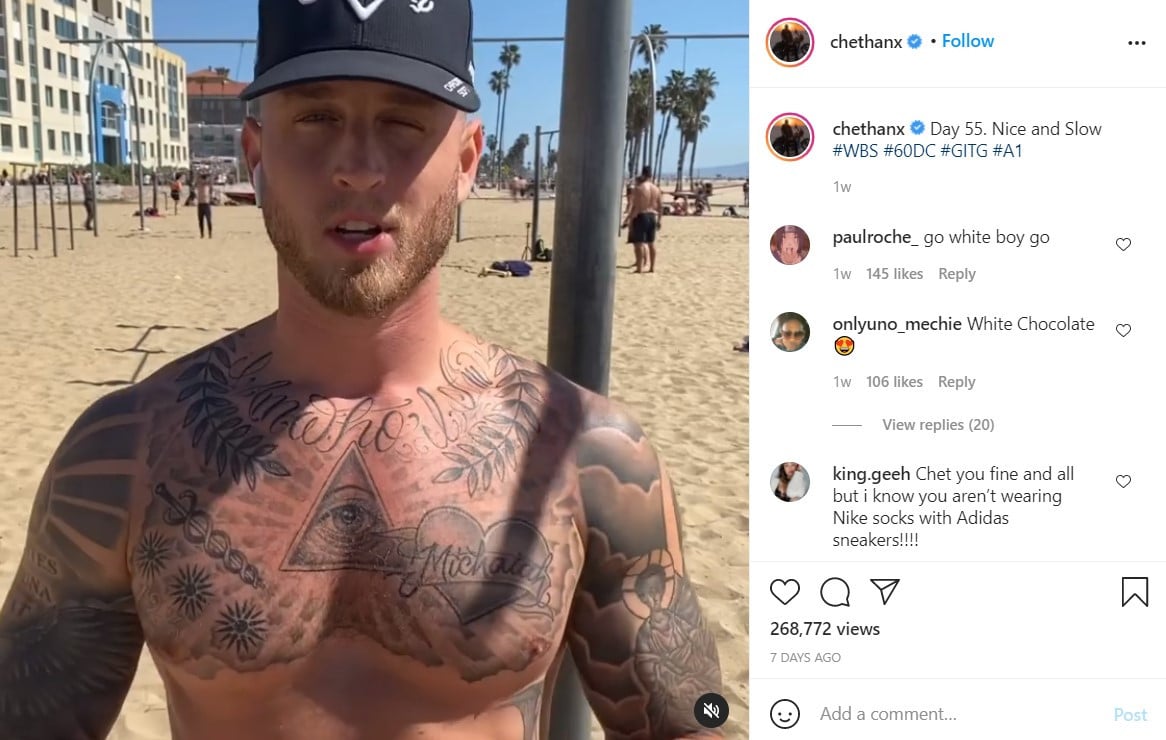 It’s hard to say exactly what Chet Hanks means by white boy summer in his recent post on Instagram, but most people with two brain cells to rub together can agree it was a wildly misguided post at a perfectly inappropriate time.

The convoluted nature of white boy summer, as something Chet attempts to distance from racism while innately distinguishing one race to head the summer, is a WTF moment you can’t help but chuckle at.

Luckily for Chet fans, the man has continued to explain white boy summer on Instagram stories, and we have no doubt he has more to say. Only two more months until we finally figure out what Chet’s talking about.