As Vermont’s vaccination rate climbs, we’re nearing Gov. Phil Scott’s 80 percent threshold for lifting pandemic-era restrictions. And that means we’re on the precipice of huge change in local music and nightlife — or at least an undoing of changes made last year. Similarly, I’m heading into a pretty big change myself: I’m stepping down as music editor at Seven Days.

But I’m not going far. In a few weeks, I’ll transition to a staff writer position with our arts and culture team. I’m sure I’ll contribute to the music section from time to time, but the editor role is going to my main man Chris Farnsworth (pictured below). 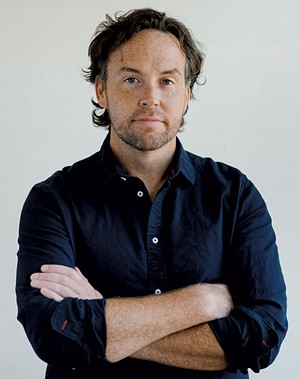 I’m excited to see him take the reins. He’ll be jumping in full time later this month.

When people have asked me, “So, why are you stepping down as music editor?” I’ve told them that there isn’t one specific reason. It’s a lot of little things.

But I can trace my choice back to an incident last fall. I was speaking virtually to a local middle school class about what the job entails and how I approach music writing. It wasn’t the first time I’d been asked to address a local student body, but it was the most eye-opening.

At these kinds of gigs, I’m usually asked to pick out a few of my recent articles to talk about. As I was describing them, I realized — out loud — that none of the pieces I’d picked out was music related.

I mentioned my story about a Jericho family who’d recently bought back their ancestral home after selling it years ago. I picked out a first-person piece about a high school friend who wrote and directed a film based on his friendship with a classmate of ours who died 20 years ago. And I talked about the mystery of the “Dad mailbox” in Hinesburg’s Geprags Community Park, which I solved for a WTF column that subsequently went nationally viral.

Having that realization in front of a captive audience was awkward but funny. I heard so clearly other arts, culture and human interest stories calling my name. (Did you ever read about the time I went to a cuddle party?)

I think moving from music editor to staff writer is a natural progression. You can only keep doing the same thing for so long before you wonder what else might be out there. Lots of Seven Days staffers have made similar moves. Hell, my predecessor and current editor, Dan Bolles, did the same thing five years ago when I came in to take his place.

The pandemic has affected my outlook, too. The past 15 months have been a time of incredible personal growth, and I’m excited to bring that energy beyond the world of local music.

I’ll miss a lot of things about this job, though. Music discovery is still my No. 1 passion, and some of the best times I’ve had writing for this newspaper were when I got to hang with local musicians.

But I’m excited for Chris to step in at this particular moment, when a whole new era of music and nightlife is about to emerge. It’s the perfect time for a fresh set of eyes.

Folks, when is karaoke coming back? Does anyone know? Does anyone have the slightest bit of information about this? I’m asking for me personally, not professionally. During quarantine, I worked up some new selections, including Bryan Ferry‘s “Slave to Love” and Squeeze‘s “Goodbye Girl.” If I don’t sing karaoke soon, I’m going to open an underground karaoke club on my front lawn with the $3 machine I bought last summer at the Clutter Barn in Underhill. I’ll serve $2 margaritas and $1 Pabst Blue Ribbons. I think I’ll call it the 321 Club. “Sweet Caroline,” “Bohemian Rhapsody” and “Don’t Stop Believin'” will be strictly prohibited. 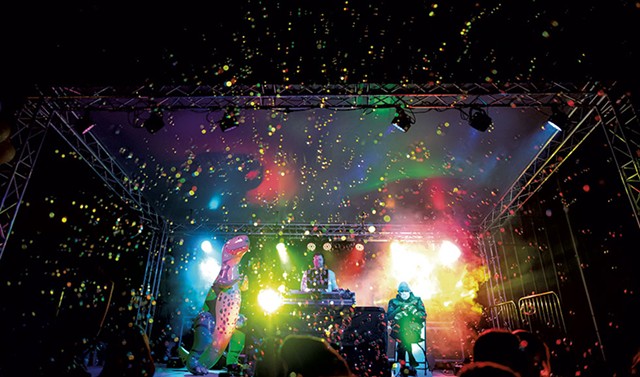 Despite the October temperature last Friday, Higher Ground’s Backside 405 was hot hot hot. The first edition of the summerlong pop-up event series behind BCA Studios on Pine Street was great fun. After I walked in and got the lay of the land, I thought to myself, Yup, this is going to work.

The dog- and kid-friendly environment had all the trappings of a laid-back summer hang: Adirondack chairs, cornhole and, uh, is it called giant Jenga? It’s like regular tabletop Jenga, but the pieces are huge. Backside 405 also had big festival energy, with a honkin’ stage and killer sound.

I was particularly pleased with DJ Disco Phantom‘s stage setup — namely, his life-size cutout of the Sen. Bernie Sanders (I-Vt.) mittens meme. The unseasonable cold made the image pop all the more. 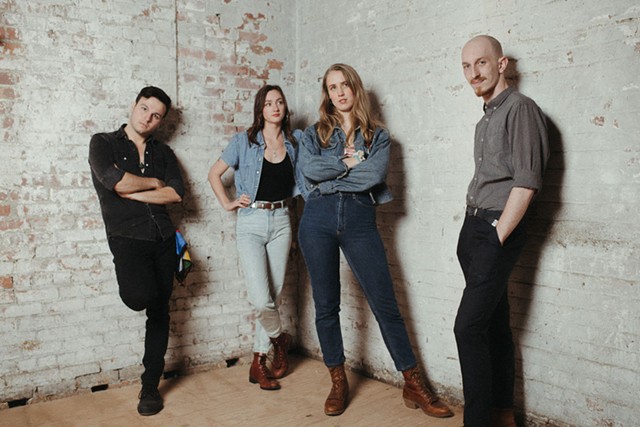 If I were a superhero, my superpower would be the ability to get songs stuck in other people’s heads. Here are five songs that have been stuck in my head this week. May they also get stuck in yours.

Miss Platnum, “Why Did You Do It”

Restless People, “Days of Our Lives”