President JOE BIDEN is putting climate change and his infrastructure agenda front and center today as he journeys to New Jersey and New York to survey Ida’s devastating damage across several communities.

It’s a moment that lays bare both the power and the pitfalls of Biden’s approach to this global existential threat.

First, the power: This summer, nearly a third of Americans suffered an extreme weather event fueled by climate change — massive fires in California, flooding throughout the Midwest and Northeast, supercharged hurricanes on the Gulf Coast and so on.

All of which means that as Biden marshals the bully pulpit to spotlight the ways in which climate change is already altering our lives, he has plenty of tangible examples to draw from.

“For decades, scientists have warned of extreme weather — would be more extreme, and climate change was here. And we’re living through it now,” Biden said in New Jersey this afternoon. “We don’t have any more time. … We’re at one of those inflection points where we either act, or we’re gonna be in real, real trouble.”

Now, the potential pitfalls: As congressional Democrats gear up for a crucial few weeks in which they’ll craft their massive $3.5 trillion reconciliation bill, the White House is linking climate disaster directly to its Build Back Better policy agenda — both the spending package and the bipartisan infrastructure bill that already passed the Senate.

That’s where things get dicier. We don’t need to remind you how difficult it will be for Democrats to thread the needle and get these bills to the president’s desk.

— If Biden and Democratic leaders go too big with their climate planks in the infrastructure bill, they risk losing the support of the moderate JOE MANCHIN types. (That, too, faces its own political obstacles: Speaker NANCY PELOSI this morning, when a reporter indicated she’d have to lower the reconciliation price tag to accommodate moderates, simply responded: “Why?”)

— The perils of going too small, on the other hand, are neatly exemplified by this NYT story about electric cars, a key piece of the economy-wide shift ahead that’s necessary to tamp down emissions and combat climate change: “The country has tens of thousands of public charging stations — the electric car equivalent of gas pumps — with about 110,000 chargers. But energy and auto experts say that number needs to be at least five to 10 times as big to achieve the president’s goal,” write Niraj Chokshi, Matthew Goldstein and Erin Woo. “Building that many will cost tens of billions of dollars, far more than the $7.5 billion that lawmakers have set aside in the infrastructure bill.”

On September 15, Amazon will be hosting its largest-ever training and recruitment event – Career Day 2021. This event is open to anyone and designed to support all job seekers, regardless of their level of experience, professional field, or background. Attendees will have the opportunity to participate in more than 20,000 personalized career-coaching sessions with an Amazon recruiter. The company is also offering thousands of 1-on-1 career-coaching sessions for Amazon employees looking to grow their careers at the company. Learn more about Amazon Career Day 2021.

With a crammed legislative calendar, the White House will have to keep the pressure on to make sure meaningful climate provisions don’t fall by the wayside — as seems likely to happen with legislation concerning abortion rights, police reform, immigration reform and raising the minimum wage.

— Our colleagues Anita Kumar and Chris Cadelago have more on “Biden’s growing policy backlog” — and the political risks for Democrats if they let down key constituencies.

Asked this morning how he’d win over Democrats on infrastructure, Biden said simply, “[T]he sun is going to come out tomorrow,” per pooler Brian Bennett of Time. That’s true. But he’s just gotta make sure it’s not warming the earth too quickly.

COMING UP FROM THE WHITE HOUSE: Biden, as he seems to do fairly often these days, will deliver remarks Thursday about the administration’s plan to fight the Delta variant, bolster vaccinations and get the pandemic under control. (This time, it’ll be a “six-pronged” plan.)

— Biden is heading to California “early next week” to support Gov. GAVIN NEWSOM in his recall fight, press secretary JEN PSAKI said aboard Air Force One this morning.

— Also on the schedule: Biden will take part in a labor event Wednesday, and get a pandemic/vaccination briefing in the Oval. On Saturday, the Bidens will travel to New York, Pennsylvania and the Pentagon for the 20th anniversary of 9/11, before heading to Wilmington, Del., for the rest of the weekend.

— Secretary of State ANTONY BLINKEN denied reports that the Taliban was preventing Americans from flying out the airport of Mazar-i-Sharif, per Reuters.

— As hundreds of Afghans took to the streets of Kabul to protest the Taliban, militants fired guns into the air to break up the demonstration, CNN reports.

— For many veterans, the rapid unraveling of Afghanistan has triggered traumas and “feelings of displacement and alienation,” writes NYT’s Jennifer Steinhauer.

— BIG INVESTIGATION: After a two-year investigation into domestic violence in the military, CBS reports that “service members, military spouses and partners said the system is broken and the military failed to protect them.” Watch the first of four parts

— HABEMUS VAPE-AM (ALMOST): The FDA is nearing its “day of reckoning” on e-cigarettes, reports Katherine Ellen Foley, pending a big decision by Thursday that could “signal how it will approach tobacco regulation for years to come.”

— RECALL ME MAYBE: With just over a week left until the polls close in California’s gubernatorial recall election, Newsom is struggling to win over the support of Latinos, reports the NYT — amid an untapped “frustration among Hispanics” over economic issues and the pandemic.

— MUCK READ: “U.S. authorities are investigating whether payments by Raytheon Technologies Corp. to a consultant for the Qatar Armed Forces may have been bribes intended for a member of the country’s ruling royal family,” reports the WSJ.

— GITMO LATEST: Some 20 years after the 9/11 attacks, KHALID SHEIKH MOHAMMED still awaits trial. NBC’s Ken Dilanian reports from Guantanamo Bay, where “pretrial wrangling” against KSM and four others is scheduled to resume today.

— A UNIQUE KIND OF LOSS: WaPo’s Brittany Shammas and Michael Rosenwald profile four young adults who were not yet born when their fathers died on 9/11.

— NEW POLL ON GOV’T SURVEILLANCE: Per a new AP-NORC poll, across party lines, Americans are much more wary of surveillance in the name of national security than they were in the early years following 9/11.

JAN. 6 AND ITS AFTERMATH

— MISSED WARNING SIGNS: Almost two months ahead of the Jan. 6 insurrection, an FBI analyst circulated a memo warning that “as various voter fraud theories gain momentum among Trump supporters … violence will likely ensue.” More on that from Betsy Woodruff Swan.

— COLOR US SHOCKED: House Minority Leader KEVIN MCCARTHY pledged that Republicans would run their own investigation into Jan. 6. But, as The Daily Beast reports, more than six weeks later, “there’s no sign that McCarthy and the House GOP will make good on that pledge.”

— MOVE FAST AND BREAK THINGS: “WhatsApp assures users that no one can see their messages,” write ProPublica’s Peter Elkind, Jack Gillum and Craig Silverman. But the Facebook-owned company “has an extensive monitoring operation and regularly shares personal information with prosecutors” — which, they write, undermines the security of WhatsApp’s 2 billion users.

FIRST IN PLAYBOOK — Raffi Williams has joined Edelman as a VP on the financial comms team, focused on real estate and REITs. He previously was acting comms director at the Federal Housing Finance Agency, and is a HUD, RNC and Steve Scalise alum.

TRANSITIONS — Heidi Shierholz has been tapped as the new president of the Economic Policy Institute. She currently is senior economist and director of policy at EPI. … Charles “Ches” Garrison has joined Hogan Lovells’ government relations and public affairs practice as counsel. He previously was senior counsel to Sen. Sheldon Whitehouse (D-R.I.) in his role on the Judiciary Committee. … Lila Nieves-Lee is now senior director for U.S. government engagement at Visa. She most recently was at Autos Drive America and is a Hill alum. …

… Erica Riordan is joining the American Gaming Association as director of government relations. She most recently was at Atlas Crossing, and is a Dina Titus alum. … Jesse Barba has joined edu-tech company Chegg Inc. as head of government affairs and policy, their first hire in Washington. He most recently was senior director of external affairs at Young Invincibles, and is a Cassidy & Associates and Marcia Fudge alum. 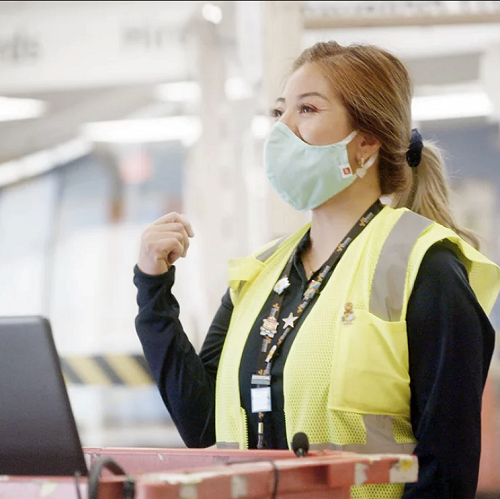 Amazon was recently named by LinkedIn as the No. 1 company where Americans want to work and develop their careers.