House Democratic leaders confirmed this morning that they won’t be delaying the Sept. 27 vote on the $1.2 trillion bipartisan infrastructure bill — even though the party’s larger $3.5 trillion reconciliation package won’t likely be ready to go by then. This is a huge win for moderates in both chambers. That effectively decouples the two bills, officially spiking the so-called “two-track” process that leadership hoped would enable passage of both while keeping the party united.

“We will be putting [the BIF] on the floor on the 27th, that’s next Monday,” House Majority Leader STENY HOYER told reporters in a rather newsy pen-and-pad this morning, though he also noted that the vote could slip one day. As for the reconciliation package, the Maryland Democrat said the House will move “as soon as it’s ready” — though no one seems to know when that will be.

The obvious big follow-up question here: What will progressives do? Several high-profile members on the left are almost certainly going to vote against this thing — some, like Rep. ALEXANDRIA OCASIO-CORTEZ (D-N.Y.), have made their unhappiness with this new process abundantly clear. But the question is how many, and can leadership — and President JOE BIDEN — convince enough to go along with this new plan?

In a closed-door caucus meeting this morning, Democratic leaders implored their members to stick together. But that’s easier said than done — especially when House progressives view the BIF vote as their best leverage to force moderate Democrats to support the reconciliation package.

Hoyer in his pen-and-pad pushed back on that argument, saying that he hoped “every Democrat votes for both bills.” “I don’t agree with the judgement of those who believe that it would somehow compel the moderate wing of the caucus to be more supportive,” he added. Sarah Ferris has more on this story in Congress Minutes, POLITICO’s new platform that delivers the latest exclusives, twists and turns from Capitol Hill in real time.

BIDEN’S WORLDVIEW — U.N. Secretary-General ANTÓNIO GUTERRES set the tone for today’s U.N. General Assembly with a stark statement on the state of the world: “We face the greatest cascade of crises in our lifetime. … We are on the edge of an abyss — and moving in the wrong direction. I’m here to sound the alarm. The world must wake up.”

In his own speech, Biden tried to assure the world that “America is back” and all-in to address those crises in his speech this morning. The highlights:

— On Afghanistan: “We’ve ended 20 years of conflict in Afghanistan. And as we close this period of relentless war, we’re opening a new era of relentless diplomacy of using the power of our development aid to invest in new ways of lifting people up around the world.”

— On China: “We are not seeking a new Cold War or a world divided into rigid blocs.”

— On climate change: Biden warned that the world is “fast approaching a point of no return,” and called on countries to “bring their highest possible ambitions” to the upcoming climate summit in Scotland. Towards those ends, Biden pledged that the U.S. would provide more than $11 billion of climate aid annually by 2024 to assist poorer countries vulnerable to extreme weather and rising temperatures — but offered no specifics about how he would get Congress onboard, Zack Colman writes.

— On what he sees as the world’s major crises: “Instead of continuing to fight the wars of the past, we are fixing our eyes on devoting our resources to the challenges that hold the keys to our collective future: Ending this pandemic, addressing the climate crisis, managing the shifts in global power dynamics, shaping the rules of the world on vital issues like trade, cyber and emerging technologies, and facing the threat of terrorism as it stands today.”

The internet has changed a lot in the last 25 years—the last time comprehensive internet regulations were passed.

BOJO ON JOE B — British PM BORIS JOHNSON gushed about Biden in a sit-down interview with Savannah Guthrie on NBC’s “Today”: “What I will say about Joe Biden and dealing with the new American president, yes, it is a breath of fresh air in the sense of the some things on which we can really really work together, and you knew I was gonna bring it up — climate change — he’s great on that.” More from NBC, with Johnson’s views on Trump, Jan. 6 and the Afghanistan pullout

ARAUD: BIDEN ‘IS A BIG DISAPPOINTMENT’ — GÉRARD ARAUD, the previous French ambassador, spoke to The New Republic’s Daniel Strauss about how the Biden administration is viewed in Paris after the Australia submarines brouhaha, and pulled no punches.

“Obama didn’t care about Europe. Trump was hostile to Europe. And here you have Biden. And Biden, to be frank so far, is a big disappointment all over Europe,” Araud said. “The administration has no European policy. … When Biden went to Europe, he was patting the shoulders of everybody and the back of everybody, the way he’s very good at doing it. But there was no outcome. … The Americans are shifting to China. So they have a foreign policy: China, China, China.”

SCHUMER REBUKES BIDEN ON HAITIAN MIGRANTS — This morning, Senate Majority Leader CHUCK SCHUMER called on the administration to stop deporting Haitian migrants and abandon the “xenophobia” of the Trump-era immigration policies that Biden is invoking to send home Haitians who are trying to claim asylum.

“The policies that are being enacted now and the horrible treatment of these innocent people who have come to the border must stop immediately,” Schumer said on the Senate floor. “We must allow asylum seekers to present their claims at our ports of entry and he afforded due process.” More in Congress Minutes

THE UNION BLITZ — Eleanor Mueller has the details on labor unions’ mad dash to get their priorities into Dems’ massive spending bill. If they are successful — which remains to be seen as the Senate’s Byrd rule looms — the provisions “could constitute the biggest pro-union shift in U.S. labor law since the National Labor Relations Act was enacted in 1935.”

BREAKING: SCHIFF SAYS SUBPOENAS ARE OTW — Rep. ADAM SCHIFF (D-Calif.) said the Jan. 6 committee is already anticipating some pushback from witnesses, Kyle Cheney reports. “In some cases, we’re making requests we think will be complied with,” Schiff told reporters. “In other cases, we’re going straight to subpoenas where we think we’re dealing with recalcitrant witnesses.”

REBUILDING THE GUARDRAILS — Democrats are set to unveil a new bill to curb presidential power following the norm-shattering Trump presidency that defanged congressional oversight, NYT’s Charlie Savage reports. The legislation would “make it harder for presidents to offer or bestow pardons in situations that raise suspicion of corruption, refuse to respond to oversight subpoenas, spend or secretly freeze funds contrary to congressional appropriations, and fire inspectors general or retaliate against whistle-blowers, among many other changes.” Lead sponsor Schiff has been talking about a proposal like this since the fall of 2019, and said he hopes it will come up for a vote this fall.

Watch the White House on this. Presidents often protect other presidents, even if they venomously disagree with them. Would Biden sign this? We’ll see, though Schiff has been negotiating with the White House. That’s if it even gets that far. The proposal would need 10 Senate Republicans to support the bill to clear the upper chamber.

THE LATEST BORDER CRISIS — DHS Secretary ALEJANDRO MAYORKAS told CNN that he was “horrified” by the images that were circulating from the border of officers on horseback encountering Haitian refugees and appearing to whip them with reins. “I’m going to let the investigation run its course. But the pictures that I observed troubled me profoundly. That defies all of the values that we seek to instill in our people,” Mayorkas told CNN’s Brianna Keilar on “New Day.”

— VP KAMALA HARRIS weighs in: “Human beings should never be treated that way,” she told CBS’ Tim Perry. She added that she supports an investigation into the events, and would be speaking with Mayorkas about it.

— Johnson & Johnson says a booster shot following its single-dose vaccine has been found to significantly increase protection against the coronavirus, Lauren Morello reports, though the data has not yet been peer-reviewed or published in a scientific journal.

— Biden’s latest plan to beat back Covid-19 leans heavily on Americans’ ability to get tested for the virus — but the testing supply is currently not meeting the demand, AP’s Matthew Perrone writes. “Tests have already disappeared from pharmacy shelves in many parts of the U.S., and manufacturers warn it will take them weeks to ramp up production, after scaling it back amid plummeting demand over the summer.”

— Stat is out with a new feature documenting the pandemic’s impact on Black communities in the South over the course of six months. “While the pandemic has exacerbated existing medical and financial inequities in these remote corners of the region, it has also highlighted communities’ strength in the face of unprecedented challenges.” See the full project here

ANTITRUST FILES — DOJ is moving to challenge the recent partnership between American Airlines and JetBlue on antitrust grounds, WSJ’s Brent Kendall and Alison Sider report. The suit is another sign of the Biden administration’s aggressive antitrust push and “highlights that the department’s antitrust division is moving forward on cases even though it continues to operate without a Senate-confirmed antitrust chief.”

BUSINESS BITES BACK — A handful of major businesses are pushing back on Texas’ abortion law. Lyft, Box and Stitch Fix are among the companies that have signed onto a statement being released today that said “restricting access to comprehensive reproductive care, including abortion, threatens the health, independence, and economic stability of our workers and customers,” WSJ’s Chip Cutter writes.

TRANSITIONS — Former Rep. Allyson Schwartz (D-Pa.) is joining FTI Consulting as a senior adviser in the strategic comms segment. She most recently was president and CEO of the Better Medicare Alliance. … John Burke is now comms director for Adam Laxalt’s Nevada Senate campaign. He most recently worked for Kevin Faulconer’s California gubernatorial campaign and is a David Perdue and RGA alum. … Bonnie Glick is joining the Center for Tech Diplomacy at Purdue as its inaugural director. She previously was deputy administrator and COO at USAID. … Carrie Welton is now a senior consultant with Rios Partners. She previously was director of policy and advocacy at the Hope Center for College, Community, and Justice.

WELCOME TO THE WORLD — Jennifer Schuch-Page, principal at The Asia Group, and Samuel Christophersen, a partner at Boston Consulting Group, welcomed Leo Frederick Schuch Christophersen on Aug. 31. He came in at 8 lbs, 6 oz. Pic 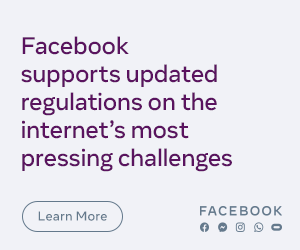