In recent years, as the so-called “Squad” of progressive lawmakers gained prominence, more moderate Democrats insisted their colleagues represented a vocal yet ineffectual minority of Israel critics within the party.

“The overwhelming majority of Democrats strongly support US aid to Israel, including funding for Iron Dome, while also supporting Palestinian human rights,” Jewish Democratic Council For America CEO Halie Soifer told The Times of Israel during the May conflict with Gaza terror groups.

“Listening to NPR talking about how the Democratic Party is ‘shifting’ on Israel. Such a tired, lazy take. Democrats believe in a two state future. Always have. If we’re more critical of Israel, it’s [because] their politics have moved, not ours,” tweeted Senator Chris Murphy several days later.

Pro-Israel Democrats may indeed represent a majority, and perhaps the party hasn’t moved to the left on Israel, but the new controversy over the funding of Israel’s Iron Dome missile defense system underlines that the progressive wing holds more influence than given credit for.

On Tuesday, House Speaker Nancy Pelosi agreed to pull her latest version of a bill to keep the federal government funded that had been updated to include $1 billion for Iron Dome.

Squad Reps. Alexandria Ocasio-Cortez, Ilhan Omar, Ayanna Pressley, Rashida Tlaib, Jamaal Bowman and Cori Bush, along with fellow progressives Betty McCollum and Pramila Jayapal, warned House leadership that they would not have their votes if the bill proceeded with the extra $1 billion, according to Congressional aides. This was evidently enough to convince Pelosi and Majority Leader Steny Hoyer to advance the continuing resolution without the aid for Israel.

A streak of light appears as Israel’s Iron Dome anti-missile system intercepts rockets launched from the Gaza Strip, on May 16, 2021. (Mahmud Hams/AFP)

The insistence on including the Iron Dome funding in the government spending bill at the last minute was an eyebrow-raising decision by Pelosi’s office. Forgoing any debate on legislation regarding aid to Israel in today’s political climate was sure to garner apprehension, even among more moderate Democrats.

There’s a considerable amount of money on the line: The $1 billion Israel is now requesting is roughly 60 percent of what the United States has provided in Iron Dome funding over the last decade.

Similarly striking was the decision by the handful of progressive Democrats to make Iron Dome funding the issue over which to stick their necks out, given that the defensive system protecting Israel’s civilian population from rocket fire is not directly related to the Jewish state’s treatment of the Palestinians.

Bowman told Bloomberg that the problem was that the Iron Dome provision had been added in at the last minute, and that there had been no proper discussion. Another Congressional source familiar with the matter noted to The Times of Israel that the objecting progressive could not go along with such funding that was being advanced “with no strings attached.”

Regardless, the Iron Dome funding will still be approved by Congress. A spokesman for Hoyer told ToI that the majority leader “believed, and continues to believe, that it is important to urgently fund the Iron Dome request to ensure our ally Israel has the ability and resources to defend itself amid growing tensions in the region.” 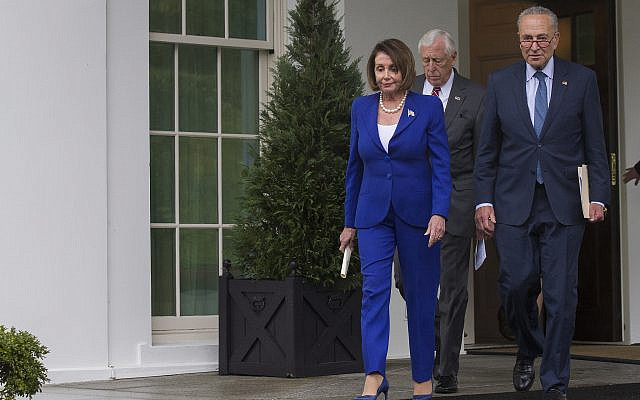 Speaking on the House floor later on Tuesday, Hoyer said that he would bring the replenishing of Iron Dome as a standalone vote later this week.

The announcement was made amid pressure from pro-Israel Democratic Reps. Ted Deutch, Kathy Manning, Josh Gottheimer, Ritchie Torres, Brad Schneider, and others who were livid over the decision to leave the Iron Dome funding off the spending bill.

A symbolic victory, buoyed by the GOP

Members of the Squad nonetheless can count a symbolic victory over a Democratic Party establishment that has continued to downplay their influence on matters pertaining to Israel. Votes of progressives will not be able to be taken for granted, even if government spending is on the line.

Those rebel lawmakers did not, however, have to be the deciding votes in sinking legislation that initially had nothing to do with Israel. For this, they have Republicans to thank.

Not a single GOP member of the House agreed to vote for the legislation that would prevent a government shutdown. Democratic leadership appeared to have hoped that they would be able to pull a handful of Republicans across the aisle by attaching the Iron Dome funding to the bill, before realizing that none of them would budge and subsequently deciding to capitulate.

If this is the case, as one Democratic congressional aide speculated to ToI, Tuesday’s fiasco had little do with Israel or the Squad’s influence, but rather was yet another day of political jockeying in a deeply polarized Washington.

Hence the Republican decision to go after their Democratic colleagues for the Squad’s refusal to back legislation that they themselves never intended to support.

“While Dems capitulate to the antisemitic influence of their radical members, Republicans will always stand with Israel,” House Minority leader Kevin McCarthy tweeted.

Asked if Tuesday’s drama — described by AFP as “a storm in a teacup” — changed her belief that the Democratic Party is “overwhelmingly pro-Israel,” Soifer replied, “It doesn’t change anything.” 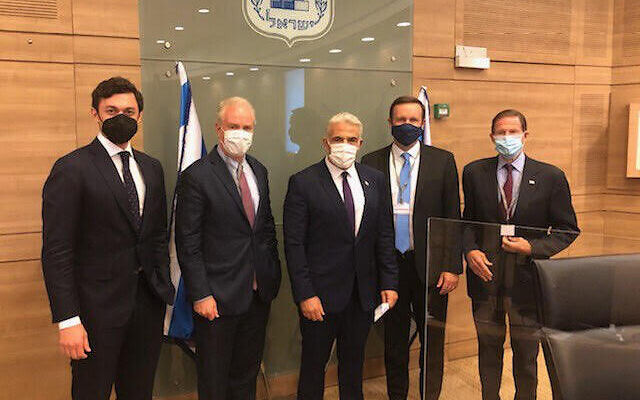 “Democrats and President Biden have made a commitment to fund the Iron Dome by the end of the year and this is what they will do,” she said confidently.

While the matter may have had less to do with Israel, Foreign Minister Yair Lapid still chose to weigh in, downplaying the development by referring to Hoyer’s characterization of it as a “technical delay.”

As for who was to blame, Lapid placed the finger squarely on the previous government led by former prime minister Benjamin Netanyahu.

“After years in which the previous government neglected Congress and the Democratic Party and caused considerable damage to Israel-US relations, we are today rebuilding a relationship of trust with the Congress,” his office said in a statement.

Lapid focused on rebuilding ties with Democrats, but what Tuesday’s stand by progressives also showed is that without the backing of Republicans as well, support for Israel in Congress won’t always be so ironclad.