The “Jenny Karezi” Theater announces for the beginning of the new artistic season a multi-collection program of producers, hoping to entertain the audience through different types and styles of performances.

At the beginning of a new era, with unprecedented data and unexpected developments, art must play a catalytic role in our lives. It has to bring us to light, to show us the way, to beautify everyday life and to calm our thoughts. As he did and will always do, after all!

The “Jenny Karezi” Theater announces for the beginning of the new artistic season a multi-collection program of producers, hoping to entertain the audience through different types and styles of performances. Laughter, emotion and reflection will alternate this year on stage as well as in life. We do not keep silent but we create, express ourselves and move on!

“How to be silent ..” An original musical-theatrical performance narrated by Costas Kazakos

A show that through timeless songs played by a live orchestra on stage, coming from different times and places, narrates the passions of the peoples in their struggle for a better tomorrow. 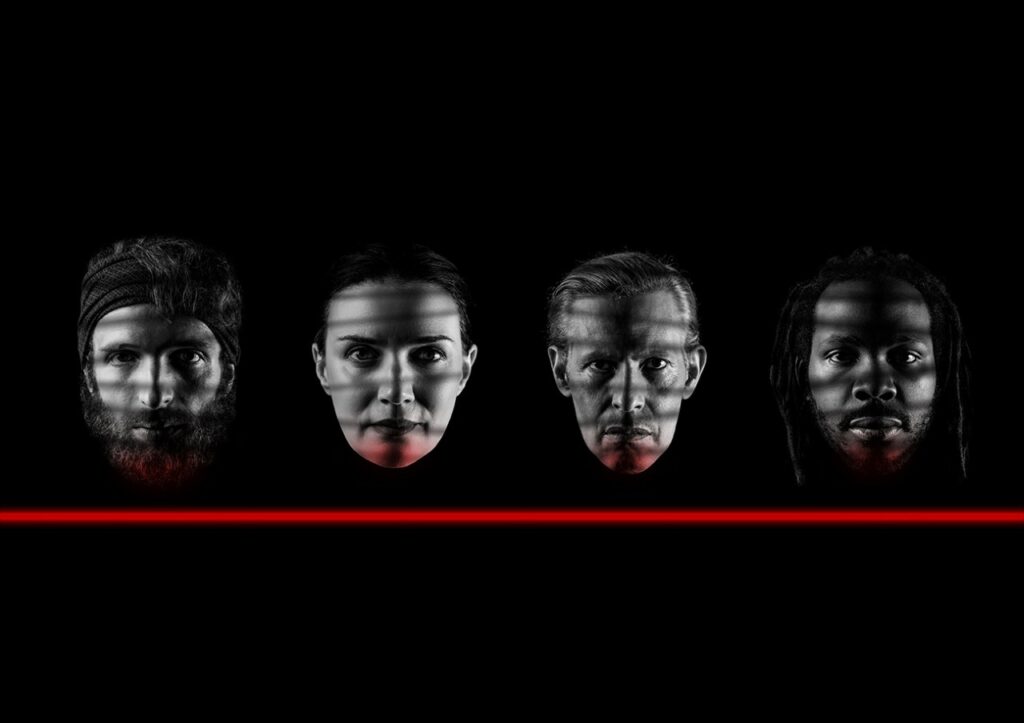 One of the most special and interesting works of Bernard Marie Coltes chose to present the Jenny Karezi Theater, directed by Alexandros Sotiriou. This is the work “Race of Negroes and Dogs” which, written in 1979, is a very lively and timely text that skillfully addresses the fears, illusions, hopes and greed of man, passions capable of putting him out of bounds, morality but also out of happiness.

A few words about the project

In a West African country, Albury, a black man, invades an enclosed and well-guarded French construction site to retrieve the dead body of his brother, who was killed in a work accident.

There he meets three whites who live inside the construction site, Orne, the site manager, Cal, a young French engineer, and Leoni, a woman in fragile health, whom Orne brought with him from Paris to marry her.

The two white men, under various pretexts, refuse to hand over the body to his brother. Albury then tells them that he is not going to leave their place until they give him the body to bury. Albury’s stance will lead to a confrontation with Orn and Cal at the extremes and will bring to the surface the cover-up of the murder, Albury’s brother Nuofia, as well as a corruption scandal, to the detriment of the villagers near the construction site. , which the French construction company wants to keep well hidden.

In his fight for justice, Albury will find an unexpected ally, Leoni. The events of the play take place overnight, from dusk to dawn the next day. 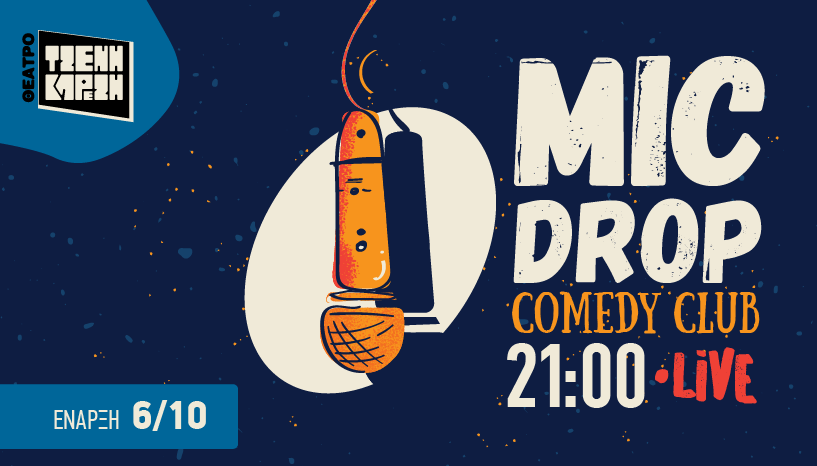 A new comedy club appears in the center of Athens, under the roof of the “Jenny Karezi” Theater. More than 30 comedians are at the core of the MIC DROP Comedy Club, including the biggest names in the Greek-speaking stand-up scene, and newer promising comedians.

Every week from October 6, different stand up comedians will take the stage, giving the public the opportunity to enjoy with one ticket many comedians in 2 hours of comedy, while in each show there will be ten free seats for the disabled and unemployed.

In the comedy club will appear (in alphabetical order): 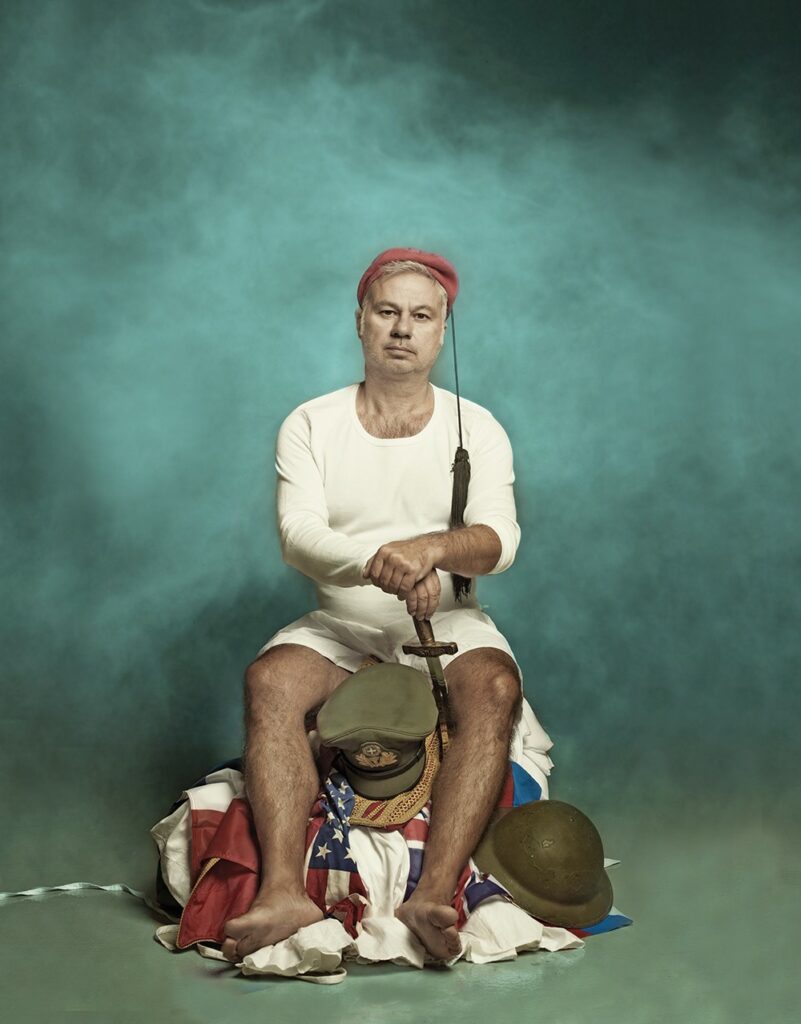 The “standing comedian” Christoforos Zaralikos meets for the second time the “caustic” pen of Pitsirikos and they present us at the “Jenny Karezi” Theater from Thursday, October 14 and every Thursday the new Stand Up Comedy show “200 Years on Loan”

Pitsirikos and Christoforos Zaralikos could not but give a patriotic presence in the celebrations for the two hundred years since the founding of the Greek state and decided to write the play entitled “1821-2021, Two Hundred Years on Loan”.

By setting the bar high, they aspire to offer more laughter than official state events, almost impossible according to expert celebrities. In the unpredictable and provocative Stand Up Comedy show there will be – as always – social and political satire, guaranteed fun, crazy mood and subversive humor without also missing the self-sarcasm and appropriate comments for everyone and everything!

Participating in the show: members of the Committee “Greece 2021” 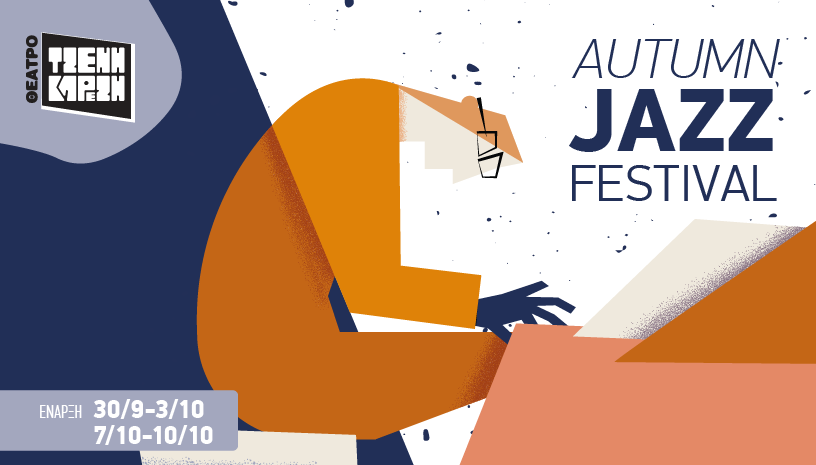 The festival hosts artists from the Greek jazz scene and beyond. Top names like Takis Paterelis, The Giorgos Kontrafouris and many representatives of the younger generation, such as “Soul peanuts” and Jeepers Creepers will present the various expressions of jazz music. Also, artists like Idra Kayne, The MC Yinka And o Jerome Kaluta with influences from funk, soul, hip hop and reggae will highlight the Greek-African American element in the renewed atmosphere of the “Jenny Karezi” theater.