But there is a more nefarious, element at play, as his likeness has been defaced with racist graffiti, hate group logos, and in Sugarcreek Twp, the initials of a racist group.

Why is so much hate being directed at a man who was murdered by a police officer?

Because some people don’t hate him. They hate what he stands for — the racial reckoning and change that’s gripped the country.

A mural for George Floyd that was painted in a Sugarcreek park was vandalized. CONTRIBUTED

“He stands for cultural change, the change in the social structure,” Marlese Durr, a professor of sociology and anthropology at Wright State University said. “The symbolism of, look, we’re going to wipe this away and this will be gone in a short period of time. But it won’t.”

The change is everywhere. By 2045, population trends show America will have more minorities in the country than white people, and that scares a significant number of people. Roughly one in three white republicans, in a poll conducted by Pew Research, say the declining share of whites in America is bad for society (for all Americans, the number is still a stunning 22% of the population).

“It’s causing some people to have a lot of anxiety,” Sharon Lynette Jones, a professor of English Language and Literatures at Wright State, said.

That anxiety is rooted in some of the age-old racial problems that still plague our country. Fear that one group will take from another. Fear of having a work supervisor of a different color. Fear that their son or daughter will come home with someone of a different race. 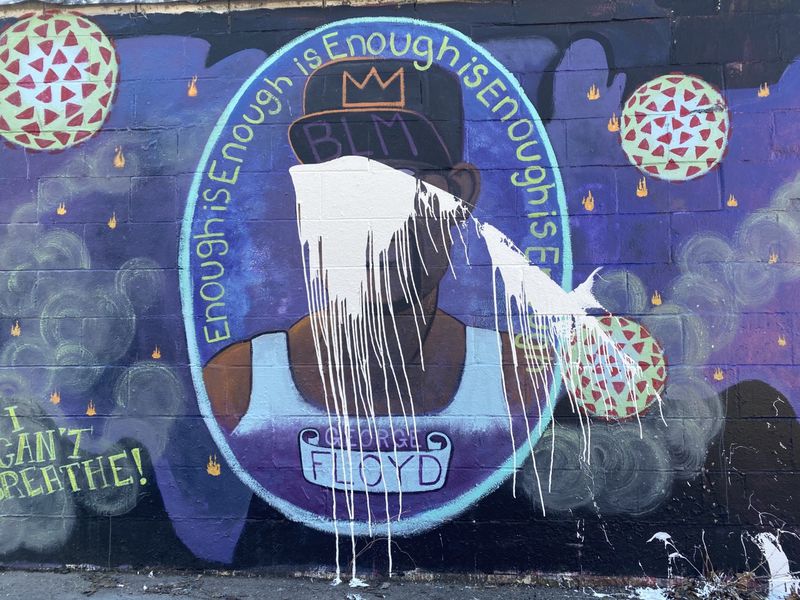 “Part of the backlash is motivated by people who don’t want to see the kind of change that fundamentally alters a lot of the hierarchies and structural and systematic injustices that exist nationally and internationally,” Jones, editor of the book Conversations with Angela Davis, said.

These are people, she noted, who don’t want to acknowledge that we live in a society that marginalizes people based on race and makes opportunities harder for people of color to attain.

It’s easy to say things should be better, but here’s some context. Lincoln abolished slavery barely five generations ago. The last known living slave, Peter Mills, died in 1972, not even 50 years ago. Thomas Blanton, the KKK murder who killed four little girls in the Sixteenth Street Church bombing in 1963, died in 2020, just last year.

That shows it takes a very long time to scrub off the stench of hate, but there are lots of people trying.

What’s most encouraging — many of these discussions are being led by White people who want to make a difference. That’s one of the most enduring legacies of Floyd’s murder. His death created a multicultural awareness of the racial inequity issues we still grapple with. We may not hear about it as much, but it’s happening all around us.

Throwing paint on a statue or defacing a mural isn’t going to reverse the change that’s underway.

Ray Marcano is a longtime journalist whose columns appear every Sunday on these pages. He can be reached at raymarcanoddn@gmail.com.