His votes and comments sometimes arouse controversy, evident of the headlines:

• Rep. Thomas Massie is one of three to vote against resolution supporting Ukraine,

• Rep. Thomas Massie slams Fauci and CDC for COVID-19 ‘cover-up’: One of the biggest scandals during this whole pandemic,’

Such actions by the 51-year-old congressman who has represented Kentucky’s 4th Congressional District since 2012 draw strong criticism from some media pundits and even some members of his Republican Party.

But the former judge-executive of Lewis County, where he lives near Garrison, has been and is popular in his congressional district, easily winning his elections.

“He’s going to win the Republican primary again this year on May 17. It won’t even be close,” said former Secretary of State Trey Grayson, a Republican, and observer of Kentucky politics.

The poll conducted by Robert Blizzard of Public Opinion Strategies was conducted district-wide April 28-May 1 of 300 Republican primary voters on cell and landline phones, with a margin of error of plus or minus 5.66 percentage points.

It showed Massie is “poised to win another landslide Republican primary election.”

It said Massie has an overwhelming lead and none of his three challengers in the primary has double-digit support.

The 4th Congressional District has been Republican for many years and is conservative, said Grayson. Republicans today outnumber Democrats in the district 306,623 to 237,352.  The last time a Democrat represented the district was Ken Lucas from 1998 to 2004. It has been in GOP hands for all but six years since 1967.

Massie’s popularity in the district

Massie is popular in the district, said Grayson, because he is conservative and has “a nice, disarming way about him. He has a nice story to tell about growing up in rural Kentucky, attending MIT (Massachusetts Institute of Technology) and he is quick and interesting, and has had no scandals.” 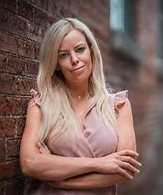 Grayson is aware of the grumbling by some due to Massie’s controversial comments and votes.

“Yes, Massie is criticized but the voters still like him,” said Grayson.

Massie said he bases his political success on “getting around a lot” in the district and keeping voters informed on social media.

“You can go to a fish fry and talk to 30 people and get on social media and communicate with 30,000,” he said. “I write my own social media comments.”

As for his controversial votes, said Massie, “I explain my votes so I don’t have to make excuses later. If we were just voting on the names of bills, I would vote for 95 percent of them. But I read and study the bills and try to find out what’s in them.  If I can’t agree, I will vote no and I will make my vote and explanation transparent to the public.”

As for his vote against a resolution supporting the sovereignty of Ukraine as it battles for survival against a Russian invasion, Massie has tweeted skepticism about mainstream U.S. policy toward Ukraine. After the Biden administration requested billions in funds for Ukraine, Massie said he wondered how much of the money would go to Hunter Biden and the Clinton Foundation.

Massie has been a fierce critic of public health official Dr. Anthony Fauci and the federal Center for Disease Control, tweeting:  “Once you realize the personal ethical standards of policymakers like Dr. Fauci and many of those at the CDC lead them to comfortably misrepresent scientific data in order to achieve public policy goals, it is not just your prerogative to question their ‘science,’ it is your duty.”

Concerning his vote against making lynching a federal hate crime, Massie said he voted against the bill because it expands federal hate crime laws and because the Constitution specifies only a few federal crimes, leaving most of them to the states.

For his re-election efforts, Massie is talking about his desire and efforts to make it easier for farmers to provide their products to consumers. The legislation – known as the Processing Revival and Intrastate Meat Exemption Act (PRIME) Act – would expand intrastate distribution of custom-slaughtered meat to consumers and purchasers, while not preempting any state laws concerning the slaughter or sale of meat products.

He says he always takes every challenger seriously but acknowledges he seems to be in good political shape for the primary. His campaign website is www.thomasmassie.com.

Besides supporting his own race, Massie has been able to use money from his political action committee to support other so-called “liberty-loving” candidates in Kentucky, from state legislative to county magistrate races. He dismissed speculation that he is trying to build support to run for another office, maybe governor next year. 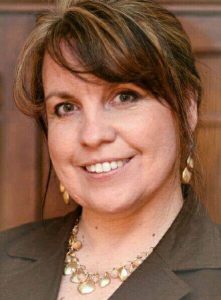 “I have zero plans to run for governor,” he said.

Wirth, who moved to Kentucky from Arizona in 2018, is basing her first bid for public office on her assertion that Massie isn’t conservative enough. She points to Trump’s criticism of Massie in March 2020 for not supporting Trump’s call for a wall on the U.S. border with Mexico. Trump said his party should “throw Massie out” of the GOP. Trump called Massie “a third rate grandstander” after he voted against a coronavirus relief package.

Massie said the Trump comments have not hurt him and that he thinks Trump will stay out of this year’s race.

Wirth, appearing Monday on Kentucky Educational Television’s “Kentucky Tonight” show, said in Congress she wants to fight election fraud. She said the 2020 presidential election was stolen from Trump. She also said she does not believe the Jan. 6, 2021, chaos in the U.S. Capitol was an insurrection.

Wirth did not respond to calls from the Northern Kentucky Tribune to talk about her campaign. Her campaign website is www.district4ky.com/meet-claire. 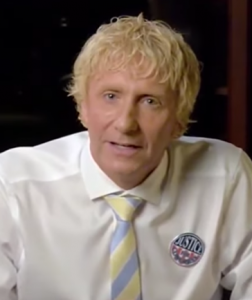 Washington said in an email that he was wary to talk to the media. He has made several unusual Youtube videos about politics, including one that shows him emptying a jar of what appears to be urine on a model of the U.S. Capitol. He said on social media that the news media complex in this country is “as useless and dangerous as a condom with a hole in it.”

Washington was reported missing from his home two days in late April but Kentucky State Police later said without elaboration that he was located. He did not respond to questions asking what happened.

McDowell is no stranger to political contests. She has unsuccessfully run for state representative, Kenton County judge-executive, mayor of Covington, Covington city council, the U.S. Senate against Mitch McConnell, and president of the United States in 2016.

“I hope to win eventually,” she said.

A resident of the 4th District since 1992, McDowell garnered publicity at an election night event in Louisville in 2019 when she took the stage to falsely claim that Republican incumbent Gov. Matt Bevin had defeated Democrat Andy Beshear to win re-election.

“There was a lot of confusion that night,” she said.

The winner of the May 17 GOP primary will face Democrat Matthew Lehman of Newport in the November general election. Lehman has no opposition in the Democrat primary. Ethan Keith Osborne of Covington is in the race as an independent.

Lehman is a biotech executive. He was founder and chief executive officer of Koligo Therapeutics, which focused on non-opioid treatments for pancreatitis.

On his website, lehman4kentucky.org, Lehman says he wants to increase addiction treatment, invest in green energy, keep guns out of schools and secure infrastructure projects like the Brent Spence Bridge fix and support clean water.