This is a problem. It’s not because competitive districts are a powerfully moderating force on our democracy — instead, the decline of competitive districts is a problem that reflects deeper causes of partisan polarization and leaves the overwhelming majority of Americans in places where their votes don’t matter, and where parties and candidates don’t need to work for anybody’s votes.

Governing in America requires compromise. But when over 90 percent of congressional districts lean toward one of the two major parties, that means most representatives have little incentive to compromise. In fact, representatives increasingly face strong pressures to be very partisan, which has made governing very difficult.

But perhaps more importantly, when there isn’t competition, citizens and parties have little reason to show up and vote. Instead it becomes the highly organized donors and activists who are engaged, while the rest of the district is ignored. It’s true that competitive districts might not produce especially moderate candidates, but they are important when it comes to engaging and informing citizens. And this participation has valuable spillover effects for communities, well beyond our elections.

Four decades ago, more than a third of congressional districts split their tickets, and as recently as 30 years ago, more than a third were potentially competitive. It was smart politics, in other words, to be “bipartisan.” Fuzzy partisan boundaries and candidate-centered elections meant broad coalitions operated across what was more like a four-party system, with many liberal Republicans and conservative Democrats voting together while many conservative Republicans and liberal Democrats also voted together.

Party leaders also didn’t have as much leverage to enforce a party line, and genuine cross-partisan policy agreements developed in part because the parties overlapped so much ideologically. In such an environment, compromise could thrive without threatening fundraising or reelection processes.

But driven by the geographic sorting of parties, the nationalization of politics around divisive culture-war issues and continued close national elections, that overlap vanished; instead, hyper-partisan hatred has come to dominate American politics,  pulling the major parties apart and pushing voters onto two competing teams. 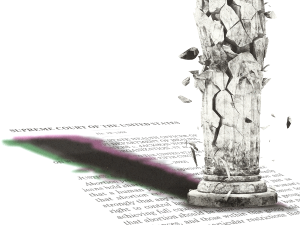 In the process, competitive and split-ticket districts have almost entirely vanished. In the 2020 election, only 16 congressional districts backed a presidential nominee from one party and a House candidate from the other party, the fewest in 100 years. Meanwhile, the share of competitive districts — here, defined by the Cook Political Report as having a Partisan Voting Index between D+5 and R+5 — has fallen from about a third of districts to less than one in 10 by 2018.

Perhaps the best way to understand what’s happening is if we think of partisanship and district competitiveness as two opposing forces, with one force strong and one much weaker. Partisanship is the strong force pulling the parties further apart; it demands parties take conflicting stances on issues and draw sharp contrasts. And it is galvanized by the same forces responsible for the decline of competitive districts, especially geographic partisan sorting and the nationalization of culture-war issues.

Today, with few competitive and even fewer split-ticket districts, this weak compromise-seeking force is no match for the much stronger compromise-repelling force of partisanship.

The representatives holding competitive districts often still pursue cross-party compromise. More moderate members — as defined by DW-Nominate, which quantifies the ideology of every member of Congress based on roll call votes cast in a legislative session — do often hail from more competitive districts, as you can see in the chart below:

Another study of House members who served between 1874 and 1996 found very little in common between incumbents and challengers of different parties running at the district level. Another study examining elections from 1946 to 2010 for Congress and 1972 to 2010 for state legislatures found that even once elected, officials did not adjust their voting behavior to more closely match district-level ideology. In other words, candidates have always positioned themselves closer to their party than a candidate from another party, and even in closely-contested districts, they moderate very little. Moreover, provided they keep winning elections, there really isn’t any need for them to moderate.

To be sure, some candidates hew closer to the middle than others in competitive districts, and primary challenges have tugged candidates away from the center, even in competitive districts. Between the 1940s and the 1970s, when polarization was generally low, and both parties were incoherent ideologically at the national level, candidates converged modestly in the middle of their district. But today, in a divided and polarized two-party system, the middle is a hard and lonely place to be, and an even harder place to get to as a candidate.

But arguably, the more damaging consequence is how many Americans don’t matter in our elections – and how that drives broader disengagement. In competitive districts, parties and candidates must work to mobilize all kinds of voters for the general election, but in districts where one party dominates — which is the overwhelming majority of districts in the U.S. — this isn’t the case, as whomever wins the primary almost always wins the general election. General elections are a fait accompli, and parties and candidates campaign accordingly.

The most solid and consistent finding in voter turnout literature is that competition boosts turnout. And as you can see in the chart below, turnout in 2018 was, indeed, higher in competitive districts:

The effects go beyond turnout. Citizens who live in competitive electoral areas tend to be more interested in public affairs. They are more politically informed. They are even more likely to volunteer and be involved in community activity. These markers of healthy civic life decline in uncompetitive districts.

The decline of competitive districts is a real problem for American democracy.  With an overwhelming majority of voters living in districts where their general election votes don’t matter, and where parties and candidates don’t have to mobilize any support to win, it’s all too easy for many voters to check out. Competitive districts may not guarantee moderate representation, but they do engage voters in a meaningful election, with powerful knock-on civic engagement benefits. How to reverse this decline is a more complicated matter of debate. But the problem is real, and our democracy has substantial work to do to fix it.