The Ford Foundation, the charitable arm of the Ford Motor Company, has announced that it is shutting down it’s racial equity fellowship program that is designed to create opportunities for minorities in academic leadership positions, in a new statement.

The foundation said that it is moving money into ‘movement-building work,’ but did not provide specifics.

The organization’s president, Darren Walker, said in a statement on September 16 that the charity had come to the decision to shut down the Ford Fellowships at the National Academies program by 2028.

Walker said that there is too much money in racial equity programs and that the group is looking to expand in other areas. He noted that philanthropic support for education is the second highest funding category for philanthropy in the US today.

Ford Foundation President Darren Walker Walker said that there is too much money in racial equity programs and that the group is looking to expand in other areas. Walker was one of eight recipients of the 2017 W.E.B. DuBois Medal at Harvard in 2017 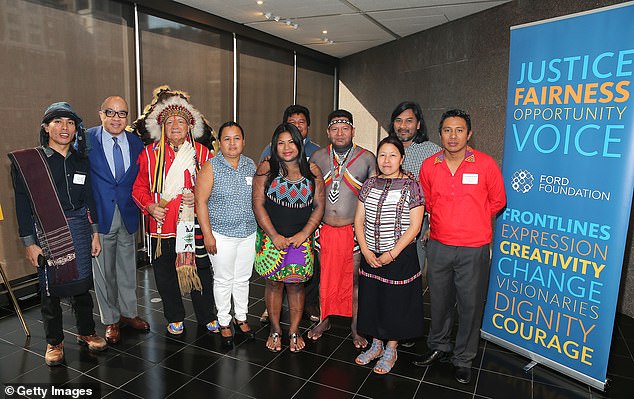 President of the Ford Foundation Darren Walker (2nd from the left) noted that philanthropic support for education is the second highest funding category for philanthropy in the US today. Walker pictured posing for a photo with Indigenious people from around the world at the Forests For Climate Panel Event at Ford Foundation on April 21, 2016 in New York City 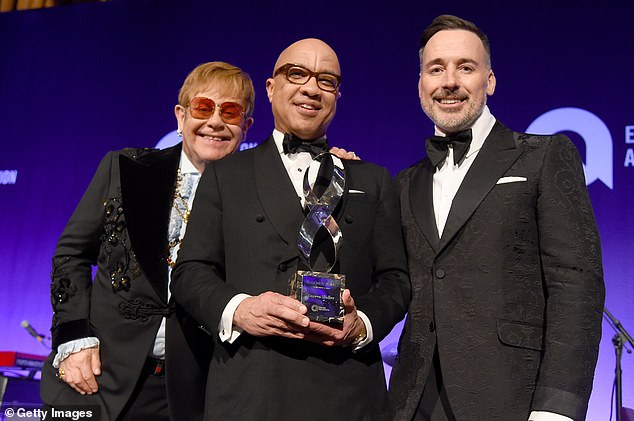 The program was launched in November 2015 as a way to help to create diversity in in leadership positions in higher education, as well as putting money towards academic research.

According to the program’s website, the fellowships seeks ‘to increase the diversity of the nation’s college and university faculties by increasing their ethnic and racial diversity.’

Walker cited a litany of achievements in his statement, including spending nearly $1 billion on the project, where he also stated: ‘This was a painful sacrifice, but a necessary one.’

He added: ‘To be clear, no one is declaring victory for diversity and equity in higher education—not in the United States, not around the world.’

Walker also said: ‘We must hold higher-education institutions accountable for the persistent lack of diversity in tenured and leadership positions, despite a robust pipeline of diverse, talented scholars.’

In launching the racially sensitive initiative in 2015, Walker said that the foundation felt the need to move away from other areas of academic philanthropy because other charities, such as the Gates Foundation, were so heavily invested in schemes promoting education.

Walker goes on to make reference to 2020 and the ‘the backdrop of America’s historic reckoning with racial inequality,’ a likely reference to the Black Lives Matter protests that engulfed the nation following the deaths of George Floyd and Breonna Taylor. 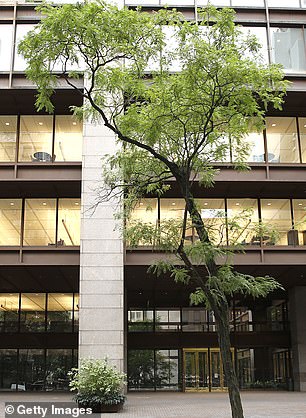 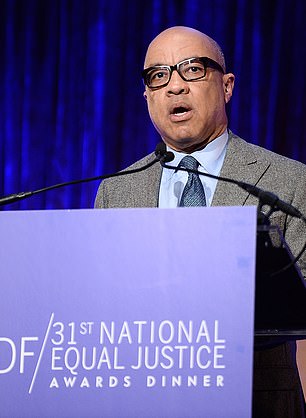 The Ford Foundation, the charitable arm of the Ford Motor Company, was established in 1936, It’s headquarters, shown here, are located in Midtown Manhattan 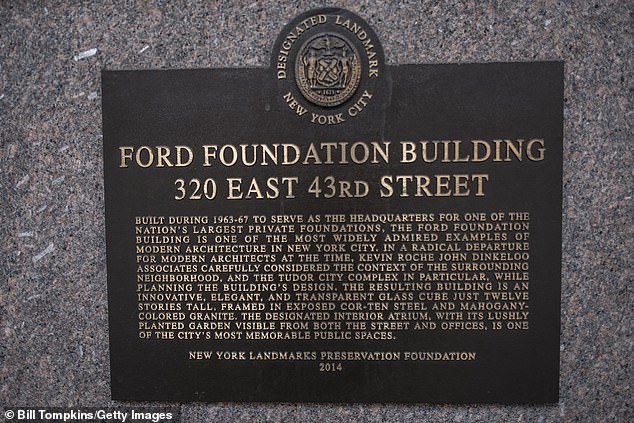 Just this week, the foundation announced it’s plan to provide $1 million in order to fight disability discrimination in higher education

He said that those protest and riots led to the foundation seeking ‘to further increase our funding for racial justice advocacy across all of our program areas.’ Again, no specifics were provided about what programs the money will be diverted towards.

The fellowships will continue as normal through 2023 and will welcome fewer and fewer applications until 2028 as part of its sunset plan.

The grant was made to the American Association of People with Disabilities.

The Ford Foundation is an independent, nonprofit grant-making organization with assets currently valued at $16 billion.

Since 1936, it has worked with people in the areas of social change worldwide, ‘guided by its mission to strengthen democratic values, reduce poverty and injustice, promote international cooperation, and advance human achievement,’ the organization says on its website.

It is headquartered in New York, and the foundation has offices in Latin America, Africa, the Middle East, and Asia.

Walker became president of the Ford Foundation, one of the largest foundations in the U.S., in 2013. He came in with a vision to shape the organization’s in part through funding the arts.

To symbolize that mission, Walker arranged to sell the foundation’s art collection of works almost exclusively from white male artists.

Starting in 2017, the collection displayed at the foundation’s buildings was rebuilt with some 350 works of newer artists, many of whom are people of color, women and queer people.

Controversially in October 2021, Walker was behind the foundation’s decision to divest from fossil fuels.

He said that ‘Going forward, the foundation says it will invest its energy portfolio in alternative and renewable energy, and funds that ‘address the threat of climate change, and support the transition to a green economy.’