Kansas Gov. Laura Kelly, a Democrat, began a second term on Monday, vowing to fight the spread of toxic, bare-knuckled politics through a “middle of the road” approach that prizes bipartisanship.

“We cannot let the hostility and anger that has poisoned our national politics spread here to Kansas. A politics where disagreements turn into violence. Where political points are scored by knocking someone else down, rather than lifting people up. Where facts give way to baseless conspiracies,” Kelly said, according to written remarks.

“Where loyalty to political party comes ahead of loyalty to the people we serve,” Kelly said. “Where sowing distrust in our government and the media – and even in our public schools – is seen as a valid political strategy.”

Kelly, 72, took the oath of office at noon on the south steps of the Capitol in Topeka, again swearing to uphold the U.S. and Kansas constitutions before a crowd of hundreds who gathered in the brisk but sunny winter day. Kansas’ 48th governor, she was accompanied by her husband, first gentleman of Kansas Ted Daugherty, and other members of her family.

The ceremony marked the start of a four-year term that will test Kelly’s repeated promises to govern in a bipartisan manner. She must work with a Republican-controlled Legislature – whose annual session begins Monday – that has grown more staunchly conservative following a first term that featured several bitter fights over taxes, transgender rights and her response to the pandemic.

Kelly’s second inauguration, with its pomp and pageantry, also provided the governor and her running mate, Lt. Gov. David Toland, with a victory lap after her race was too close to call on election night, depriving supporters of a picturesque, made-for-TV celebration. Kelly descended the Capitol steps to cheers and Howitzers fired a 19-gun salute after she took the oath of office.

Kelly, the oldest governor in Kansas history, took the oath of office with other statewide officials, including Kansas Attorney General Kris Kobach, a hard-line conservative Republican whose election in November cemented a political comeback after his loss to Kelly in the 2018 race for governor.

Kobach has vowed to aggressively sue the Biden administration. With the exception of Kelly and Toland, every single statewide official is again a Republican, after Republican Treasurer Steven Johnson succeeded former Democratic Treasurer Lynn Rogers.

Kelly, who before her first election to governor in 2018 was a state senator from Topeka, only narrowly emerged victorious in the November election, defeating Republican Derek Schmidt, the departing state attorney general, by 22,258 votes.

The hard-fought contest — a referendum on the first four years of Kelly’s leadership — risked leaving both Republicans and Democrats embittered and hesitant to work together. Both House Speaker Dan Hawkins, a Wichita Republican, and Senate President Ty Masterson, an Andover Republican, have been fierce critics of Kelly in the past.

But Kelly called for civility from elected officials, saying it enables collaboration and allows for compromise.

“We’re often told that there’s ‘a fork in the road’ … and you have to make a choice — you can either go right or you can go left. I believe that is a false choice. I believe the best choice is right down the middle of that road,” Kelly said in a speech that focused more on broad themes of cooperation than specific proposals.

“They’re knocking on doors and talking to people day to day. And so they have a mandate,” Colyer said.

House Minority Leader Vic Miller, a Topeka Democrat, said Kelly’s speech was an accurate reflection of her approach to politics, and the strides made in her first term.

“We need to focus on the successes and we had a lot of them these last four years,” he said.

Kelly is beginning her new term as several factors may converge to potentially create a better-than-typical atmosphere for compromise with Republicans. The pandemic has receded as a day-to-day concern for many Kansans, the election year is over – and perhaps most importantly, the state has a massive budget surplus.

Kansas is expected to end the current budget year in June with more than $2 billion in unallocated revenue – a sharp turnaround from six years ago, when the Legislature largely rolled back former Republican Gov. Sam Brownback’s signature income tax cuts. When Kelly ran for governor the first time in 2018, she made rehabilitating the state budget a top priority.

The revenue stockpile, the largest in state history, gives Kelly and lawmakers significant breathing room to strike deals on new spending, tax cuts or both.

“We took a deficit and turned it into the largest budget surplus in our state’s history,” Kelly said.

Discussions in Topeka increasingly center not on whether Kansas should cut taxes, but which taxes and by how much. Kelly has rolled out a tax cut agenda that includes immediately eliminating the state sales tax on food, ending state sales tax on diapers and feminine hygiene products, creating a back-to-school sales tax holiday in August and cutting taxes on Social Security benefits for some retirees.

Masterson said he saw opportunity on tax and budget issues for Kelly to meet Republicans in the middle.

“Being a second term, it can go a couple of ways. She’s no longer accountable to the voters so she doesn’t really have to consider that, although she should, but she also doesn’t have to pander to her base,” Masterson said. “I’m hopeful. You know all those ads saying she was in the middle? We’re going to take her at her word and see if we can find some middle ground.”

Masterson and other lawmakers say they see an opportunity on tax and budget issues for Kelly to meet Republicans in the middle.

“Some of the things the governor’s office has kind of leaked out as far as their priorities, I’m actually looking kind of forward to,” said state Rep. William Sutton, a Gardner Republican. “I’ve been working to reduce taxes ever since I got here and I didn’t expect to find a friendly approach to that from this office, so I’m excited about that.”

Sutton said the tax plans put forward so far are the kind of proposals that, if they continue, will signal to him that Kelly is serious about bipartisanship.

“Up until then, I always thought bipartisan meant that we did stuff and she took credit for it, and that was bipartisan. But this would actually be truly bipartisan,” Sutton said.

Disagreements between Kelly and Republicans are still likely to emerge. Kelly has made no mention of reducing business and corporate taxes, a longtime goal of Republicans. She has warned against “permanent and expensive tax plans that provide no relief for everyday Kansans.” Meanwhile, Republicans plan to pursue a plan to make income tax in Kansas a flat rate across the board.

Kelly also remains at odds with Republicans on non-budget issues, such as whether transgender athletes should be banned from women and girls’ sports. Kelly has vetoed multiple bills that would ban their participation – vetoes that Republicans hammered Kelly with during the election. Kelly has also clashed with Republicans over special education funding and efforts to give parents more control over classroom curriculum.

Kelly is again proposing legalizing medical marijuana, a position that enjoys some Republican support but has previously faltered in the Senate, where GOP leaders have refused to prioritize it. Medicaid expansion, a perennial priority for Kelly that would provide health coverage to an additional 100,000 residents or more, has also fallen flat and it’s unclear whether the governor can find a way to break the logjam.

And the Democratic governor is likely to veto any legislation that attempts to restrict abortion access after voters in August rejected a Republican-backed amendment to remove abortion rights from the state constitution. Anti-abortion lawmakers are almost certain to offer some type of legislation and have signaled support for legislation protecting fetuses born amid failed abortions and giving state funds to crisis pregnancy centers.

Kelly didn’t mention marijuana, Medicaid or abortion in her speech. She will deliver a more policy-oriented address on Wednesday when she gives the State of the State speech. But Kelly on Monday did repeatedly emphasize the importance of education.

“To all the educators here and around the state, I want you to know that you have my unwavering respect and gratitude. You go above and beyond for our children every day, but especially these past few years,” Kelly said.

Kelly faces growing scrutiny of her parts of her administration. Years of controversy within the Kansas Highway Patrol, including allegations of harassment against its leader, Col. Herman Jones, have led to threats by some Republican legislators to move control of the agency from Kelly to Kobach unless the governor removes Jones. At the very least, some legislators are calling for hearings to investigate.

Republicans have also criticized Kelly’s handling of the state’s beleaguered foster care system. Fixing the system was a key early goal of Kelly, and while independent assessments have shown improvement, the system remains short of achieving several metrics required by a landmark settlement Kelly reached in a federal lawsuit that challenged the system.

State Sen. David Haley said he hopes bipartisanship will prevail. But the longtime Kansas City Democrat, who has been in the Legislature since 1995, pointed to previous “bluster” from House and Senate Republican leaders.

“For whatever reason, I guess they think they burnish their credentials among their electorate,” Haley said.

Kelly has previously said she has a good relationship with Hawkins. On Monday, she said her “middle of the road” approach had already produced results for Kansas in her first term.

“We got our state back on track – and we did it by working together, as one Kansas. Not western or eastern, not Democrat or Republican. One Kansas,” Kelly said. “Now, we look to the future. And it is a very bright one.”

Jonathan Shorman is The Kansas City Star’s lead political reporter, covering Kansas and Missouri politics and government. He previously covered the Kansas Statehouse for The Star and Wichita Eagle. He holds a journalism degree from The University of Kansas. 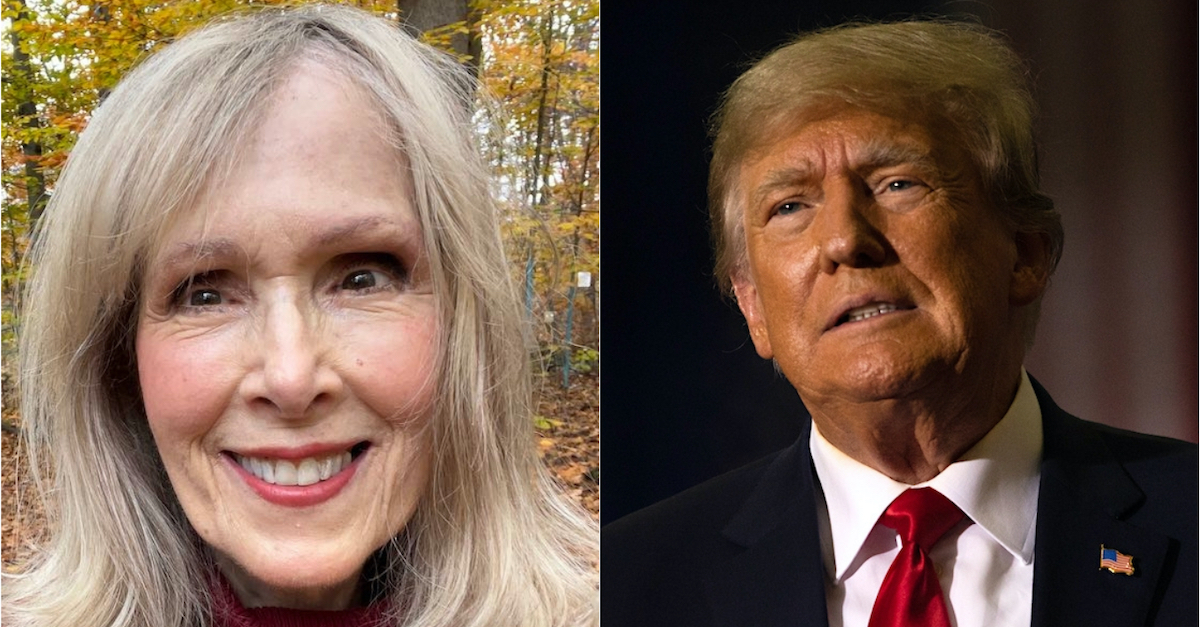