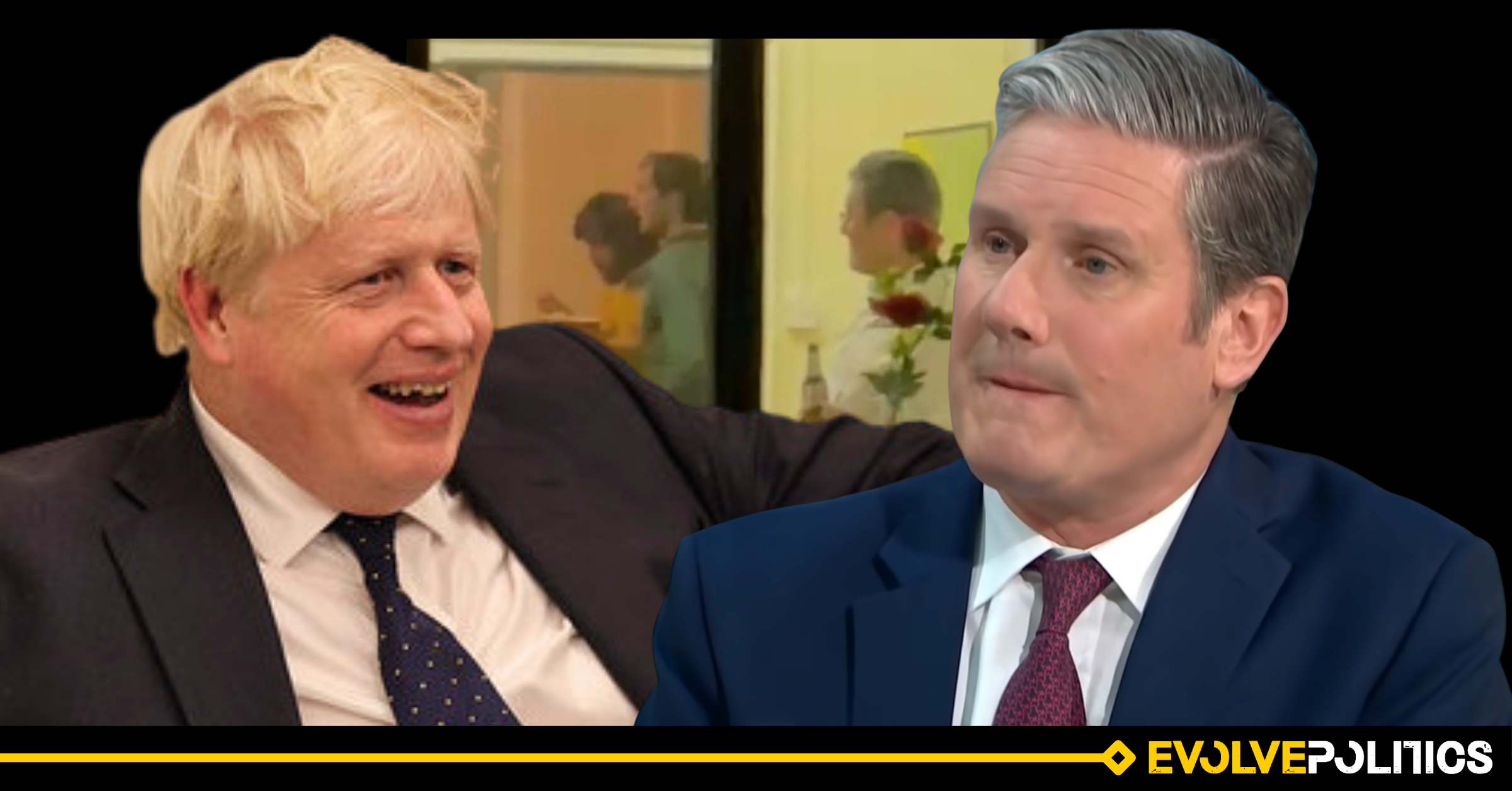 Earlier today, Durham Police announced that they would be opening an official investigation into whether or not Labour leader Keir Starmer broke lockdown rules after he was pictured drinking beer and eating curry during a campaign event in April 2021 – a story widely known as ‘Beergate’.

Durham Police say they were left with no choice but to launch the investigation after ‘significant new information’ about the event came to light – and many are now speculating whether or not Starmer will choose to resign, should be be found guilty of breaching lockdown rules and handed a fixed penalty notice.

Immediately after the Met Police launched their investigation into Boris Johnson’s attendance at what turned out to be numerous illegal Downing Street lockdown parties, Starmer called for the PM to resign – and the Labour leader has repeatedly castigated the PM over his ‘honesty and decency’ about the incidents.

After months of denials the Prime Minister is now under criminal investigations for breaking his own lockdown laws.

He needs to do the decent thing and resign.

However, with Durham Police having now opened an official investigation into Starmer over Beergate, if the Labour leader genuinely practiced what he preached, then surely he would be requesting his own P60 pretty promptly.

But, in my opinion, there is absolutely zero chance Keir Starmer will resign, even if he’s issued a fixed penalty notice over Beergate.

Starmer constantly claims he’s honest and has integrity, but even a cursory glance at his record shows he’s a total liar and lacking in any moral fibre whatsoever.

The Labour Right also know full well that if their adopted leader is forced out, someone like Wes Streeting – or another Blairite – will never win a majority of Labour members.

So keeping Starmer in position for as long as possible, so he can further rig the rules in favour of the right, is imperative for them.

The Labour Right also don’t care about how bad things might get for the party electorally – they’ve learned their lesson, and their only focus is ensuring someone like Corbyn NEVER gets control again to propose genuinely transformative policies that threaten their wealth & power.

As we saw from the Corbyn years, the Labour Right would much prefer a Tory in power to a left-wing Labour leader shaking up the status quo that the establishment elite benefit from – and maintaining the two-party system, which offers voters no choice, is their entire function.

If this means keeping Starmer at the helm and offering the public a choice between two absolutely shameless, integrity-free charlatans, then so be it.

Ultimately, the Labour Right know that their project is time-limited – because simply offering voters different shades of a system which stamps on their faces whilst protecting the greed of a super-rich few, rather than putting forward a genuine alternative, can’t last forever.

But they have a plan – and it is slowly leaking out into the public domain.

A few weeks ago, Tony Blair admitted that he’d much prefer it if the Labour Party was no longer directly linked to Trade Unions – and this is precisely where the Labour Right are trying to push the party.

The Labour Right want to completely purge the party of any trace of Socialism, primarily to ensure that another Corbyn can never ever happen again.

Disaffiliating from the Unions will also ensure left-wing members leave in droves, and also give the Right cover to purge left-wing MPs.

With no need for the party to stand up for workers anymore, and with only right-wing MPs and members remaining, the Labour Right would be safe in the knowledge that any old Blairite would win the leadership – and they’d be free to fund the party off the back of super rich donors.

However, the Labour Right aren’t stupid – they know full-well that a ‘New New Labour’ project, bankrolled by the super-rich and barely an inch to the left of the Tories on every major issue, would absolutely tank in the polls, very much like CUK TINGE PLC in 2019.
But to them, this won’t matter – and here’s why:

Unlike CUK TINGE, the Labour Party has an incredibly rich history, and the brand is still incredibly powerful. So, no matter how terrible the party’s policies were, and no matter how obvious it became that the party was just a vehicle to maintain the status quo, it would still be able to hold a decent percentage of loyal Labour voters for a good few years – at least until a viable alternative could be built.

Essentially, the Labour Right’s ultimate aim is to morph the party into a UKIP-style wrecking machine – so that when a viable alternative does present itself, Labour would constantly split the progressive vote to prevent a left-wing government and ensure perpetual neoliberalism.

If Keir Starmer was to resign, the Labour Right would almost certainly lose their grip on party – and they know full-well that they’d probably never get it back. So, no matter how ridiculous it makes them look, and no matter how much worse things get for the party electorally, Starmer simply isn’t going nowhere, I’m afraid.