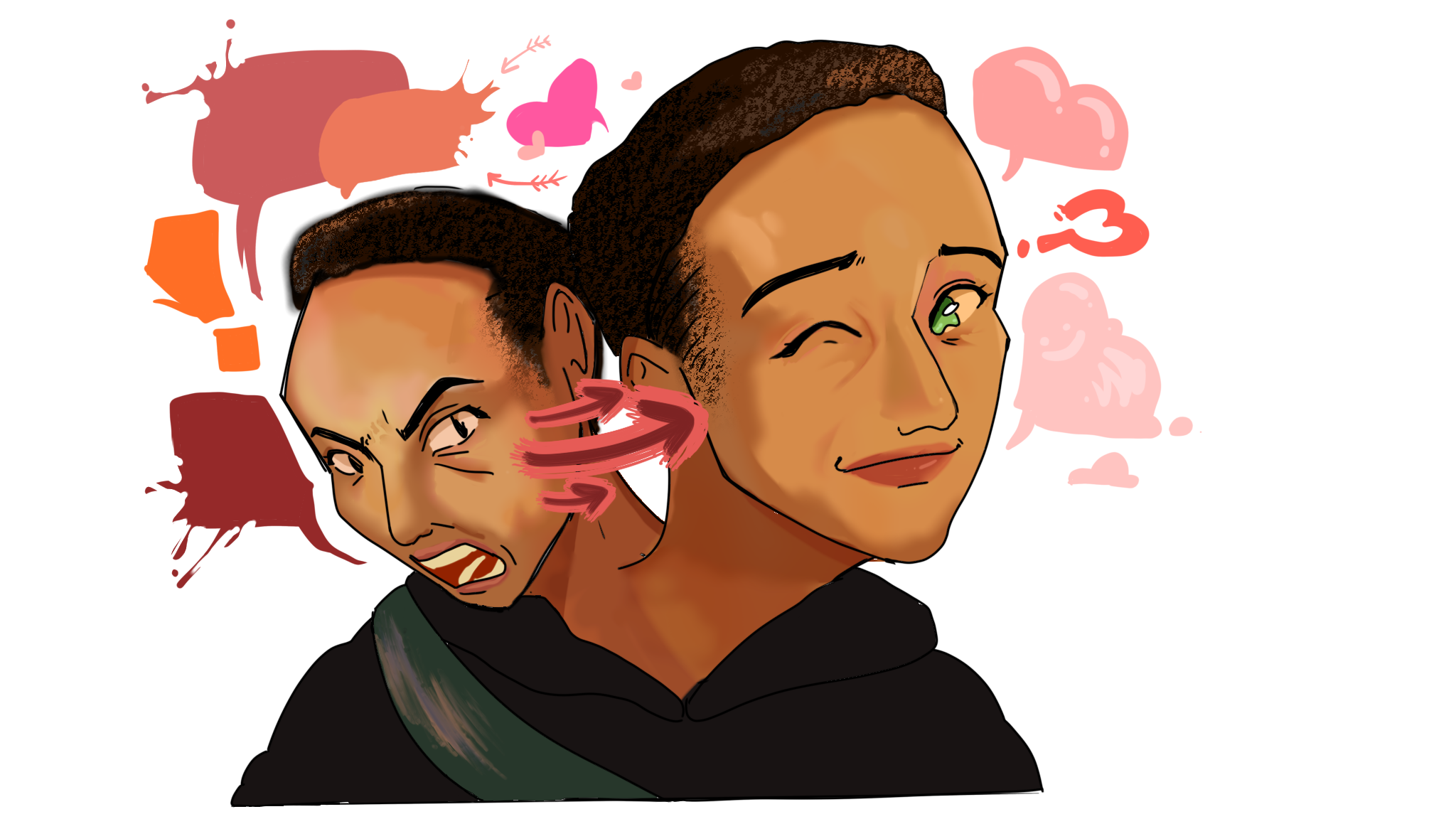 A TikToker opens an account. The TikToker may be controversial or have unpopular views and faces backlash for those opinions or actions. The TikToker is de-platformed and thus  “canceled.” So, the TikToker takes a short hiatus and returns to the platform with a new stream of content. Does the TikToker face backlash? No. Rather, they welcome a new wave of supporters who are unaware of their past content, or they invite former critics of their content who buy into the idea of the creator changing what they post. This cycle is not new to the internet; many controversial media figures have seen a shift in public opinion toward them once they deliver different content.

We saw this pattern in 2020 when TikTok user @nickvideos, a popular conservative voice on the platform, left TikTok after receiving backlash for his views and returned months later, claiming to have more liberal views and saying he no longer supported former President Donald Trump. His newer content, focused around the gym and some left-leaning but ultimately ambiguous political videos, gained him a new demographic of followers, which he lost after he reverted to his conservative videos. This tactic of reinventing one’s online image to appeal to the masses has continued to appeal to people who do very little research outside of TikTok.

Enter stage right: Christian Walker. In case you missed the numerous online parodies of Christian Walker’s previous content, his Starbucks drive-thru sociopolitical rants, or his infamous run-in with singer Kehlani, Christian Walker is a 22-year-old University of California Los Angeles graduate and is known on TikTok as @officialchristianwalk1r. He saw overnight fame in 2020 when his videos equating the Black Lives Matter (BLM) protests to violent riots went viral on his TikTok account; calling the movement “ghetto” and continued to label BLM as a “terrorist organization” and “KKK in Blackface” in a later interview. He continued to shared his views and became an icon of Gen Z conservatism. Christian Walker is also known as the son of Georgia’s Republican Senate nominee for the 2022 race, Herschel Walker, and some creators have speculated that Christian Walker’s abrupt change in Tiktok content –– his largest platform ––comes a little bit too close to his father’s political campaign.

Before his account was banned in February, Christian Walker rose to nearly 400,000 followers. On his Twitter, he questioned if he was banned due to not subscribing to the same beliefs as mainstream media. He has since returned to the platform with over 130,000 followers with new content: dating advice. His conservative views were completely wiped from his TikTok presence. The abrupt shift in content hides Christian Walker’s previous opinions from new viewers and has the potential to mislead older viewers who formerly disagreed with him. The absence of politics on Christian Walker’s TikTok encourages more viewers than before to engage with his content and it paints a different picture of him; there is no context for his previous beliefs, and with that viewers who are new to Christian Walker.

Christian Walker has seen a turnaround in his comment section after substituting his conservative content for dating advice. Christian Walker explained he left behind his old platform in fear of getting banned by TikTok again, and he noticed the change in his comment section demographics calling his new viewers leftists, alluding to the influx of left-leaning people supporting his newer content. While Christian Walker has made it a point to be himself and not be seen as a byproduct of his father’s politics, his rebrand may create a pipeline for individuals to forget about his previous use of harmful rhetoric and possibly look into his father’s politics under the impression of Christian Walker’s rebrand. Christian Walker’s new content creates a more inviting space– dating advice that transcends genders –new users have potential to be misguided and users of voting age in Georgia have potential to be misled about Herschel Walker’s platform by extension of his son’s new platform.

Users noticed this rebrand and few have speculated that Christian Walker may have chosen to execute his rebrand because of the senatorial races occurring in November. Herschel Walker is a former professional football player turned politician and now the Republican nominee for the 2022 election in Georgia. While Christian Walker has stated that he does not have an active part in his father’s campaign, his change in online presence will influence the way he is received by young, impressionable voters. This, in conjunction with considering how politicians try to keep a cleaner family image, can be used to justify the rebrand, despite how much the Walkers try to separate themselves. Think of the Kennedys, the Roosevelts and even the Royal family: all of which were public, political and ceremonial figures whose family members kept a clean enough image to appeal to the public as a whole. It could be coincidental, but recent Christian Walker’s online presence has overshadowed his father’s recent scandals that allege he has three other undisclosed children; the headline was made shortly after Herschel commented on absent fathers in the Black community. With every young voter’s eyes on Christian Walker, there is little opportunity for the same votes to do proper external research.

Christian Walker maintains that his political viewpoint has not changed despite his shift in content which is something his new followers should consider. This may not affect individuals who share the same beliefs as him, but it should concern people offended by his past controversial statements. Christian Walker’s new online image does not absolve him of his intentional past use of harmful rhetoric. In the past, Christian Walker has faced criticism for using the r-slur as a “French derivative” and antagonizing the LGBTQ community during pride month suggesting that the month is pointless and “shoves” people’s sexuality in other people’s faces. He claims to be exercising his innate right to free speech simply. But watching his new content does not absolve him of his past content; newer viewers need to consider this when engaging with his account.

Christian Walker is not at fault for what viewers choose to do as a result of his content; the increasing lack of research outside of TikTok is to blame. Steven Heblich from the University of Bristol conducted a 2016 case study observing the effects of the internet on voting behavior in Europe. Politicians have turned to the media as a tool for elections as early as 1933 with Roosevelt’s fireside radio chats. Heblich concluded that the newer age of crowding out information makes it difficult for users to discern between relevant and irrelevant media, and users lean towards the most low-effort way to consume media. Short form media has grown in popularity since 2016 and has become the most accessible with many social media apps copying its form — Instagram Reels, Youtube Shorts, Snapchat Spotlight. An impressionable voter leaning toward Christian Walker’s new image may be inclined to learn more about his father’s political platform, which includes the a national 15-week abortion ban, the denial of systemic racism, not supporting same-sex marriages and an. With TikTok quickly replacing Google as a search engine, younger voters are more likely to be intrigued by the accessibility of information on TikTok, no matter the accuracy.

Users should not buy into Christian Walker’s sudden change of content without external research. While his other content maintains his conservative beliefs, the popularization of TikTok may inhibit users from seeking his other platforms to see the extent of his image change. As voters, we should remain conscious of online presence related to people running for office. We do not have to feed into the backlash, but it is crucial to educate ourselves on a person’s platform and separate it from their online personality, or in this case, the online personality of someone they’re related to. Even with nonpolitical figures, it is important to know if a creator you enjoy watching has values that do not clash with your own. Do not buy into a creator’s rebrand upon first glance, especially at the expense of voting another novice public figure turned politician into office again. 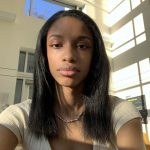 Kayla Robinson (25C)(she/her) is from Charlotte Amalie, St. Thomas, USVI majoring in Neuroscience and Behavioral Biology. She is also a contributing writer for the Emory Undergraduate Medical Review and enjoys graphic designing in her free time. 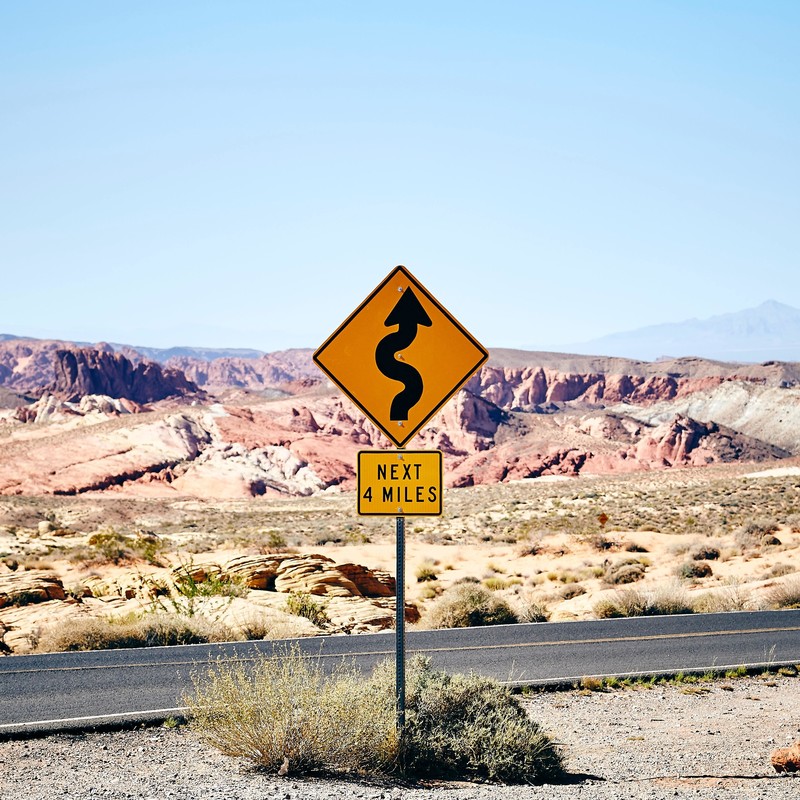