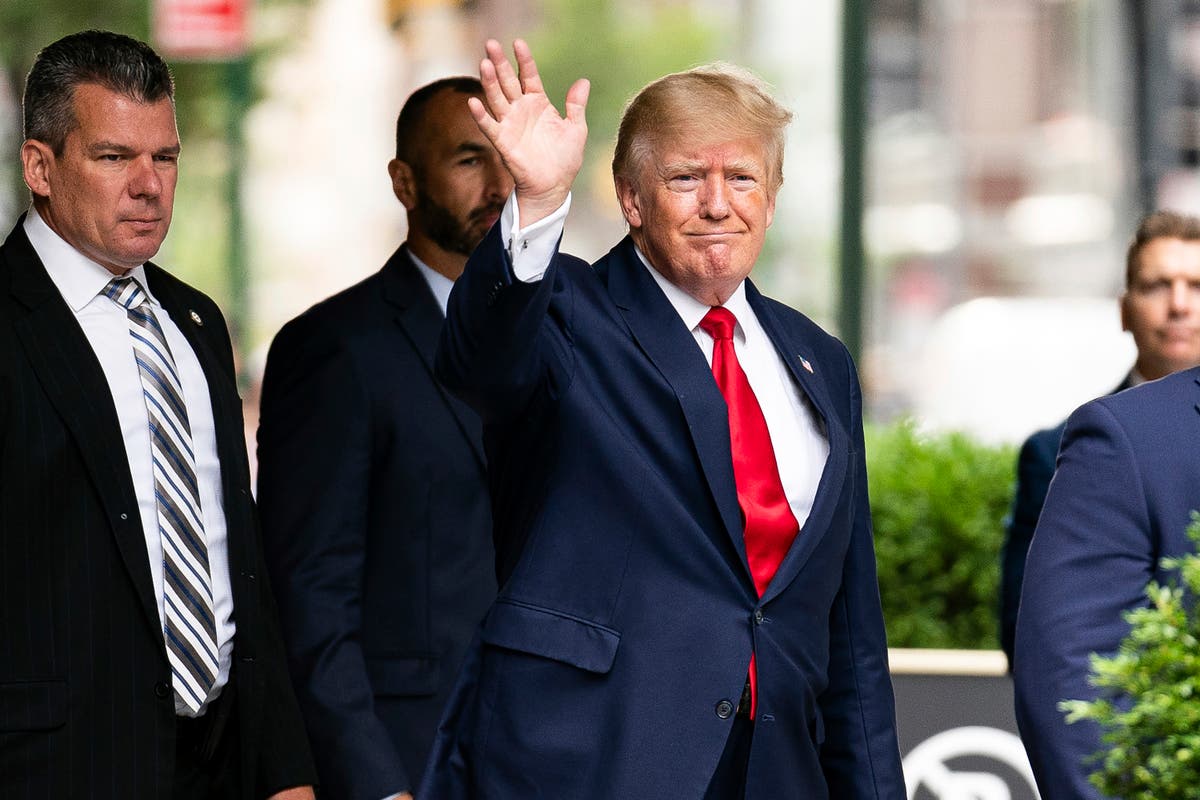 Get our free Inside Washington email

Questioned for a lawsuit, former President Donald Trump hurled insults and threatened to sue the columnist who accused him of raping her in a department store in the 1990s, according to excerpts of his testimony unsealed by a court on Friday.

Portions of his October deposition in a lawsuit filed by columnist E. Jean Carroll was released publicly after a federal judge rejected his lawyers’ request that it remained sealed.

“She said that I did something to her that never took place. There was no anything. I know nothing about this nut job,” he said, according to the transcript.

The excerpts reveal a contentious battle between Trump and a lawyer for Carroll who questioned him.

The release of excerpts from the deposition came the same day as federal Judge Lewis A. Kaplan also refused a request by Trump’s lawyers to toss out two lawsuits by Carroll alleging defamation and rape. An April trial is planned.

Trump said the encounter with Carroll in the mid-1990s at an upscale Manhattan department store never happened.

In his daylong testimony, he repeatedly attack Carroll depiction of Trump as a rapist.

Trump said he knew it wasn’t “politically correct” to say “she’s not my type” when he responded to claims shortly after Carroll’s 2019 book was published, and the writer alleged that she was attacked by Trump in a dressing room after a chance encounter with him in an upscale Manhattan department store in late 1995 or early 1996.

He added: “And you know it’s not true too. You’re a political operative also. You’re a disgrace. But she’s accusing me and so are you of rape, and it never took place.”

Earlier in the day, Kaplan upheld the lawsuits alleging rape and defamation and seeking unspecified damages by Carroll, saying they could proceed to trial because Trump’s challenges were without merit.

“The fact that Mr. Trump denies Ms. Carroll’s allegations does not enter into the analysis at this stage of the case,” the Manhattan jurist wrote. “What, if anything, actually occurred must await further proceedings if the complaint withstands the present motion.”

Alina Habba, an attorney for Trump, said in a statement: “While we are disappointed with the Court’s decision, we intend to immediately appeal the order and continue to advocate for our client’s constitutionally protected rights.”

In the ruling, Kaplan said the Adult Survivor’s Act was similar to the Child Victims Act, another New York state law that temporarily allowed victims of sexual assaults when they were children to sue their abusers years later.

Lawyers for the former president had asked the judge to toss out the lawsuit after Trump said the encounter at an upscale Manhattan department store never happened.

Trump said Carroll made the claim publicly for the first time in a 2019 book to generate book sales.

Carroll was a longtime Elle magazine columnist. She initially sued Trump for defamation after he mocked her claims that he sexually assaulted her in late 1995 or early 1996 after they had a chance meeting in the department store and she agreed to help him pick out lingerie for a friend.

Trump has repeatedly denied the encounter took place, calling her allegations “a complete con job” and saying “she’s not my type.”

“No pictures? No surveillance? No video? No reports? No sales attendants around??” Trump said in one of various statements and interviews. “People should pay dearly for such false accusations.”

Carroll sued Trump with the rape claim in November, when the Adult Survivor’s Act took effect.

Roberta Kaplan, a lawyer for Carroll who is not related to the judge, said in an email: “We are pleased though not surprised that Judge Kaplan denied Donald Trump’s motion to dismiss and upheld the constitutionality of New York’s Adult Survivors Act. We look forward to trial in April. ”