Exactly one year ago on January 13, 2022, a court in the picturesque German town of Koblenz concluded the first ever criminal trial against officials of the Syrian regime and sentenced the main defendant, former colonel Anwar Raslan, to life in prison for crimes against humanity.

The trial saw a national court take on the gruelling task of administering international justice and applying German law and procedure in a foreign and complicated context. While fully bridging the vast gap between Koblenz and Damascus was understandably not possible, the court delivered what was expected of it: a competent and fair criminal trial.

As a human rights lawyer who has been working on crimes involving atrocities committed in Syria for several years, the monumental importance of the case at hand became clear to me as soon as Raslan and his co-defendant, Eyad Al-Gharib, were arrested in Germany in February 2019. So when the trial finally commenced more than a year later in April 2020 in the thick of the COVID-19 lockdown when much of the world was focused on the pandemic, my eyes were on Koblenz.

On the first morning of the proceedings, my friend and colleague, Syrian human rights lawyer Mazen Darwish, remarked on how jarring it was to see a trial of such historic importance for the Syrian people take place not at the International Criminal Court or a special tribunal for Syria but at a regional court in a small town in Germany. “It should have been in Damascus,” he said.

His words stuck with me because they were true. This trial should have taken place in Damascus in front of Syrian judges and victims with Syrian lawyers defending the accused and Syrian prosecutors presenting the evidence that Syrian investigators collected.

But we were where we were. The trial was taking place in Germany, in German, miles away from the Syrian context, and holding a similar trial in Syria was still a distant dream.

Recognising how seminal the case would be, I decided to make a podcast about it.

From the very beginning with the Branch 251 podcast, my team and I aimed at bridging that distance between Koblenz and the world and between the legal quirkiness dominating such complex international legal procedures and reality. After releasing the first few episodes only in English, however, we realised our podcast could only achieve this goal if we made it fully accessible to the people this case belongs to: Syrians. So, a few months into the trial, in collaboration with Syrian colleagues, we also started releasing episodes in Arabic.

Episode after episode, the Branch 251 podcast chronicled and analysed the many difficulties the Koblenz judges faced in delivering justice for crimes committed in a context completely alien to their own. The most obvious example of this disconnect that I can remember was explored in episode four of the English series’ second season, What’s Choice?

While trying to ascertain whether Al-Gharib had any choice in committing the crimes he was accused of, the presiding judge listed a number of actions, in the court’s assessment, that the defendant might have taken to avoid ever facing such allegations. One of the actions she listed, much to the disbelief of Syrians following the trial and anyone else familiar with the Syrian context, was “calling in sick” on the day that the crimes were committed.

In the podcast, we also explored several other issues that made it difficult for Syrians and other interested parties to follow and engage with this trial, such as courtroom access restrictions, difficulties with obtaining translations and a lack of trial recordings. As we explained in episode 13 of the English series’ first season, Death in Detention, similar issues are known to have affected other national trials dealing with international crimes in Germany in the past. This begs the question of whether, or more hopefully, to what extent, lessons will be learned from Koblenz for current and future international trials in Germany and elsewhere. The ones that are currently under way against Syrian regime affiliates in Frankfurt and Berlin are not boding well in this regard.

It is important that all necessary action is taken to make trials like the one in Koblenz more accessible, transparent and efficient because they will likely be our primary tool for achieving international criminal justice in the future. Indeed, specialised tribunals are aimed at complementing rather than replacing national trials of international crimes. And this principle of complementarity was also a core element the negotiators agreed on when setting up the International Criminal Court in the late 1990s. I believe the move towards trying international crimes in national courts is a positive one given the overcomplicated international legal and political framework we are currently operating in.

We still need to accept, however, that these national trials, just like those conducted by the International Criminal Court in the past 20 years, will not be perfect. Achieving international justice is difficult, and we should not let our search for perfection prevent us from celebrating rare victories.

And this is exactly what the Koblenz trial was: a victory.

Overall, despite all the challenges faced, the trial conducted in Koblenz and the judgements it handed down were of high quality, clean and fair. So many of my Syrian colleagues said they appreciated the fairness of the procedure. The trial appeared to give them hope that punishing those guilty of inflicting immense pain on their people may still be possible.

It has been said on our podcast and elsewhere that this trial was a small but significant step in the right direction. It is my conviction that it was much more than that.

The Koblenz court with its five judges patiently managed 20 months of meticulous presentation and discussion of evidence on every single element of the allegations. It respected the rights of the defendants and gave them sufficient space and time to make their case. And most importantly, it allowed victims to meaningfully participate in the trial.

In the end, this gruelling exercise of justice produced the first judgement by a criminal court in the matter of the brutal repression of Syria’s revolution by Bashar al-Assad’s regime. The court found both defendants guilty of participating in crimes against humanity orchestrated and executed by the al-Assad regime.

Nothing can take this achievement away.

And this is an achievement of which everyone involved in the Koblenz trial can be proud – first and foremost, survivors and members of Syrian civil society who worked tirelessly on this case and on many others.

We do not say this often as Germans, but in this instance, I am proud of my mother country. The German justice system with its police, prosecutors, lawyers and judges deserves praise and respect for this achievement. What is more and often forgotten is the political will that made the investigations and eventual trial possible in the first place. There are no trials without adequate political support.

These judgements sent a strong political message, and this message will be supported by many other trials and judgements in the coming months and years. There are many similar trials already under way in several different jurisdictions that my team and I are covering in our new podcast, The Syria Trials.

These trials will produce a large number of strong court decisions that prove beyond any doubt the immense guilt of the Syrian regime. This dossier of court decisions will be brought to the table and be part of any political discussion and negotiation regarding the future of Syria’s regime.

The war in Syria is over, some say. Al-Assad has survived and is returning to the world stage, they say. There indeed are some signs that the Syrian dictator is no longer the pariah he once was and is slowly making his return to the international arena. After spending years working on the brutal, senseless crimes committed by his regime against the Syrian people, it is deeply painful to see him start being treated as Syria’s legitimate leader once again.

But the fortunes of war criminals can change surprisingly quickly – just look at Slobodan Milošević, Ratko Mladić or Radovan Karadžić, who were treated as legitimate politicians and allowed to participate in negotiations for years, even after the Srebrenica massacre, but were eventually made to stand trial and were punished for their crimes.

Even if he is allowed to return to the international arena, the time will also come for al-Assad to face justice. Not today, not tomorrow, but eventually. When exactly? Nobody knows. Where? In Damascus, inshallah.

The views expressed in this article are the author’s own and do not necessarily reflect Al Jazeera’s editorial stance. 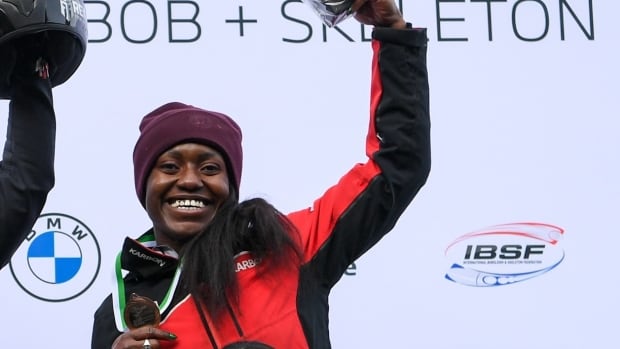