In Don Winslow’s crime novels, characters regularly face dangers they should have seen coming. Those who ignore the warning signs often wind up dead.

Now in the middle of a 23-city, nationwide tour promoting his newest book, the Julian-area writer said he is worried about a different kind of looming danger: threats to American democracy.

He’s so worried that he’s retiring from writing books. He said he’ll devote his energies full time to the political activism he started engaging in about six years ago via Twitter posts, short films and newspaper ads.

“I’m not a huge name, but I have something of a platform,” Winslow, 68, said in a phone interview from St. Louis. “I thought I should use it to speak some plain truths.”

‘Spoon to a knife fight’

He’s taking aim at former President Donald Trump and Republicans who supported efforts to overthrow the results of the 2020 election.

He’s calling out Democrats for too often “bringing a spoon to a knife fight” when debating the nation’s most pressing issues.

He’s chiding the mainstream media for its short attention span.

“I’m picking a fight,” he said in a written statement explaining his retirement.

The announcement two weeks ago brought Winslow widespread attention — CBS Saturday Morning, PBS, the Washington Post and others — which in turn prompted some to question whether it was a publicity stunt designed to goose sales for the new book, “City on Fire.”

Winslow said that’s not the case, and there’s reason to believe he doesn’t need the help. His 21 books include a string of New York Times bestsellers. They’ve been published in foreign languages all over the world.

One of his hits, “Savages,” was made into a 2012 movie by Oliver Stone that was nominated for two Academy Awards. Several others have been optioned for adaption to film or TV.

“City on Fire” is part one of a trilogy (the subsequent books are already written and will be published in April 2023 and April 2024) and the screen rights were sold last year in a deal reported to be in the mid-seven figures.

Before it was published April 26, the book had garnered strong reviews in the trade press, with starred notices in Publishers Weekly, Kirkus Reviews and Booklist. Amazon already has it among its top sellers. It debuts on the New York Times bestseller list for hardcover fiction at No. 3.

“It’s hard to walk away from something that’s been so good to you, which this has,” Winslow said. “I feel a little sad, but it’s the right decision.”

There’s often been a thread of political commentary in Winslow’s work, especially the books about the Mexican drug problem, which he is quick to point out is really an American drug problem: our money, our guns, our appetite for the high.

In “The Border,” from 2019, he has a longtime DEA agent testify in front of a Senate committee:

“What kind of corruption is there of our collective national soul that makes us the world’s greatest consumer of illicit drugs? What is the pain in the heart of American society that sends us searching for a drug to lessen it, to dampen it?”

Winslow has asked similar questions outside the pages of his books. In 2015, he paid for a full-page ad in the Washington Post urging Congress to shift gears in the drug war.

“The only way to win the war on drugs is to stop fighting,” he wrote. “A half-century of failed policy, $1 trillion and 45 million arrests have not reduced daily drug use at all.”

Two years later, in a New York Times ad, he criticized Trump for “fantasies such as the border wall, which will do nothing to slow the flow of drugs, and facile, intellectually lazy ‘lock ‘em up’ soundbites that make for good politics but horrible policy.”

Around the same time, Winslow ramped up his presence on Twitter, regularly criticizing the president and like-minded politicians. He’s tweeted 93,600 times since joining the platform in 2011 and has almost 844,000 followers. (Trump, before he got kicked off in the wake of the Jan. 6 insurrection, had 88 million.)

Twitter is a good match for Winslow’s writing style, which often uses karate-chop sentences. (The opening chapter of “Savages” was two words.) Last fall, noting that nothing has happened to elected and appointed officials implicated in efforts to undermine the 2020 election, he tweeted, “Can we bring back consequences? I miss consequences.”

And this, amid another round of Beltway speculation about whether the U.S. Justice Department, headed by Merrick Garland, will ever hold Trump responsible for what happened on Jan. 6:

Winslow was busy last week after the leak of a preliminary U.S. Supreme Court opinion that would overturn Roe v. Wade, tweeting, “Things are not okay. Don’t listen to anyone who tells you things are okay. Sadly, November will be much worse. This isn’t being negative. This is reality. Get angry. STAY angry. And vote.”

His hot takes have endeared him to liberals (“America is fortunate to have Don speaking truth to power,” one posted) and irritated conservatives (“Stay out of Florida, Donny,” warned one, to which Winslow responded, “I am not staying out of anywhere. I don’t buy into your Trump programmed fake tough guy BS.”)

Asked if he is concerned about pouring salt in the wounds of an already exhausted and polarized nation, Winslow said no.

In his retirement announcement, Winslow said he plans to continue making short political videos, posted on Twitter, YouTube and other platforms, which he hopes will sway voters to vote for Democrats in upcoming elections.

“Donald Trump was defeated in 2020,” he wrote, “but Trumpism is a cancer that has metastasized across the country. I believe a more dangerous form of it will emerge after the November midterms.”

The videos, which typically run a couple of minutes long, have drawn a combined 250 million views, by Winslow’s count.

On his book tour, the author is also recruiting people for a “digital army” to fight back against the “all-out attack on Democracy” by those who “want a world where women are stripped of their rights, voting will be suppressed, misinformation will be weaponized, police reform will be blocked, and schools, teachers, and books will be under constant threat.”

Some of what he’s doing seems tailor-made for a future run for office himself, but Winslow said he has no interest. 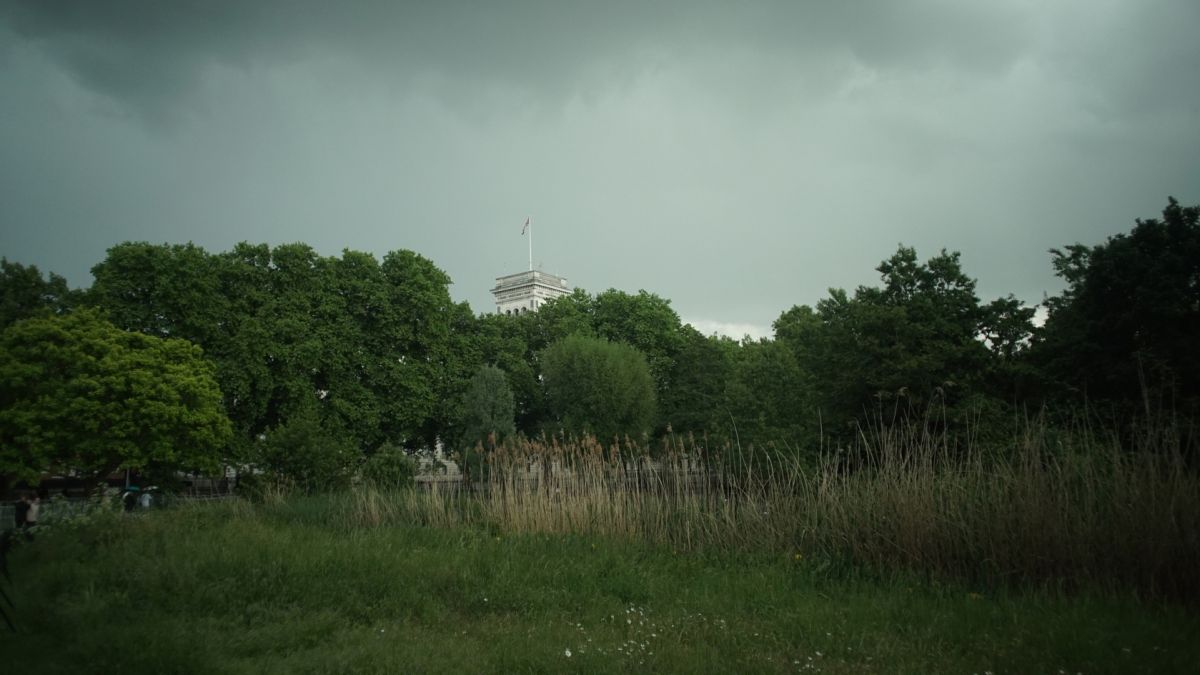