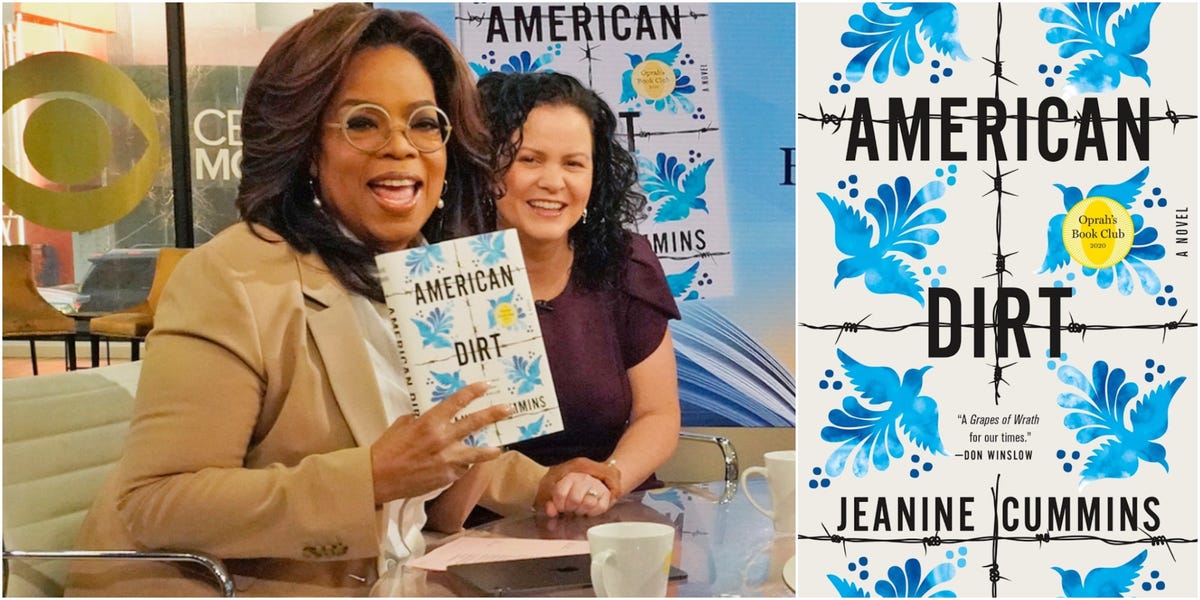 Thanks for signing up!

Access your favorite topics in a personalized feed while you’re on the go.

In the last week, you may have noticed a new book becoming the topic of many heated conversations.

“American Dirt,” the new novel by Jeanine Cummins, traces the journey a mother and son make to the US, after a cartel kills their family in a massacre at a quinceañera.

The outrage has focused on Cummins, who is of mixed Irish and Puerto Rican heritage, writing about the Mexican and migrant experiences. The fervor reached a critical point on Wednesday, when her publisher, Flatiron Books, decided to cancel the rest of the book tour.

Here’s what sparked the backlash.

Cummins was paid a rare $1 million advance for the book, and Oprah Winfrey chose it as her first book club pick of 2020 — something that almost guarantees a bestseller.

She added: “‘American Dirt’ is being compared to ‘The Grapes of Wrath,’ and the comparison is apt.”

But as the book was set to be released, criticism started coming out

Mexican-American author Myriam Gurba was one of the first to give the book a bad review, writing on the blog Tropics of Meta.

In her review, Gurba accuses Cummins of appropriating Latinx culture (Cummins has a Puerto Rican grandmother), filling her book with Mexican stereotypes, and heavily borrowing from other books about the immigrant experience.

“Cummins bombards with clichés from the get-go. Chapter One starts with assassins opening fire on a quinceañera, a fifteenth birthday party, a scene one can easily imagine President Donald Trump breathlessly conjuring at a Midwestern rally, and while Cummins’ executioners are certainly animated, their humanity remains shallow,” Gurba wrote.

She continued: “By categorizing these characters as ‘the modern bogeymen of urban Mexico,’ she flattens them. By invoking monsters with English names and European lineages, Cummins reveals the color of her intended audience: white.”

Soon others were piling onto the book on social media

On January 24, author David J. Schmidt wrote on the Huffington Post that some of the scenes in “American Dirt” reminded him of nonfiction books he had read.

He said when he first read a scene in “American Dirt” about a boy being crushed to death by a garbage truck, it immediately reminded him of a section in Luis Alberto Urrea’s book “By the Lake of Sleeping Children,” which is about the author’s years of humanitarian work in Tijuana, Mexico.

“Other scenes in ‘American Dirt’ also bear significant similarity to Urrea’s work, and to that of Sonia Nazario, whose 2006 narrative nonfiction book, ‘Enrique’s Journey,’ tells the story of a boy who migrates from Honduras to the United States atop the freight train known as La Bestia,” Schmidt wrote.

Omar El Akkad, one of the authors who wrote advance praise for the book, took to Twitter on Tuesday to say he felt gaslighted by the publisher.

“Through very careful language, the marketing copy for American Dirt implied that the author not only had a personal connection to the material, but that her husband himself had an even more direct connection, being an illegal immigrant himself.”

He added: “A few weeks later, I learned the marketing copy was all bull—-. There is no personal connection. The author’s husband immigrated here from… Ireland.”

Some of the people who spoke out said their issue was not with the book, but the lack of diversity it showed in the publishing industry

On Wednesday, dozens of authors signed a letter asking Oprah to cancel ‘American Dirt’ as her book club pick

“This is not a letter calling for silencing, nor censoring,” the letter reads. “But in a time of widespread misinformation, fearmongering, and white-supremacist propaganda related to immigration and to our border, in a time when adults and children are dying in US immigration cages, we believe that a novel blundering so badly in its depiction of marginalized, oppressed people should not be lifted up.”

Oprah responded with a video on Tuesday, saying she didn’t plan to cancel the book but would be having a special discussion about it in March.

“It has become clear to me from the outpouring of very passionate opinions that this selection has struck an emotional chord and created a need for a deeper more substantive discussion,” Oprah said.

In an announcement on Wednesday, Bob Miller, the president and publisher of Flatiron Books, said they would be canceling the rest of the book tour because of safety concerns.

Miller said the negative reaction caught them by surprise and “exposed deep inadequacies in how we at Flatiron Books address issues of representation.” He continued:

“On a more specific scale we made serious mistakes in the way we rolled out this book. We should never have claimed that it was a novel that defined the migrant experience; we should not have said that Jeanine’s husband was an undocumented immigrant while not specifying that he was from Ireland; we should not have had a centerpiece at our bookseller dinner last May that replicated the book jacket so tastelessly. We can now see how insensitive those and other decisions were, and we regret them.”

However, Miller said they were planning town hall events where Cummins will discuss the book with some of the “groups who have raised objections” to it.

A few people have defended Cummins

“Cummins has been attacked for exaggerating her ethnic background and for failing to note that her Irish husband — once an illegal immigrant — didn’t belong to a sufficiently repressed minority group. (That complaint is so clouded by historical amnesia that I don’t know where to start.)

“Listening to the anger directed at Cummins for having only one Latina grandparent, I suppose future novelists will have to submit their manuscripts along with a 23andMe genetic profile.”

Author Ann Patchett also defended Cummins in an email to the Associated Press, saying that she did a “beautiful job talking about the journey she’s been on with this book.”

“For the record, I loved ‘American Dirt,’ I’ve never in my life seen this kind of public flogging,” Patchett wrote.

What Cummins has said

At an event at the Politics and Prose bookstore in Washington, D.C., on January 22, Cummins said she put a lot of work into the book:

“I did five years of research. I went to the border. I went to Mexico. I traveled throughout the borderlands. I visited Casa del Migrante in Mexico. I visited orphanages. I volunteered at a desayunador, which is like a soup kitchen for migrants. I met with the people who have devoted their lives on the front line to the work of protecting vulnerable people. … And despite the fact that it has grown into this crazy moment that I never anticipated and that feels as if I’m in the eye of the hurricane, I know for a fact that this book is moving people.”

The outage doesn’t seem to have impacted sales

Flatiron increased the first printing to 500,000 books from 300,000, and the book appeared on more than a dozen lists of anticipated books for 2020, according to The New York Times.

For the week of January 26, it was the top-selling fiction book on Amazon. It’s also at the top of the Times’ best-seller list. 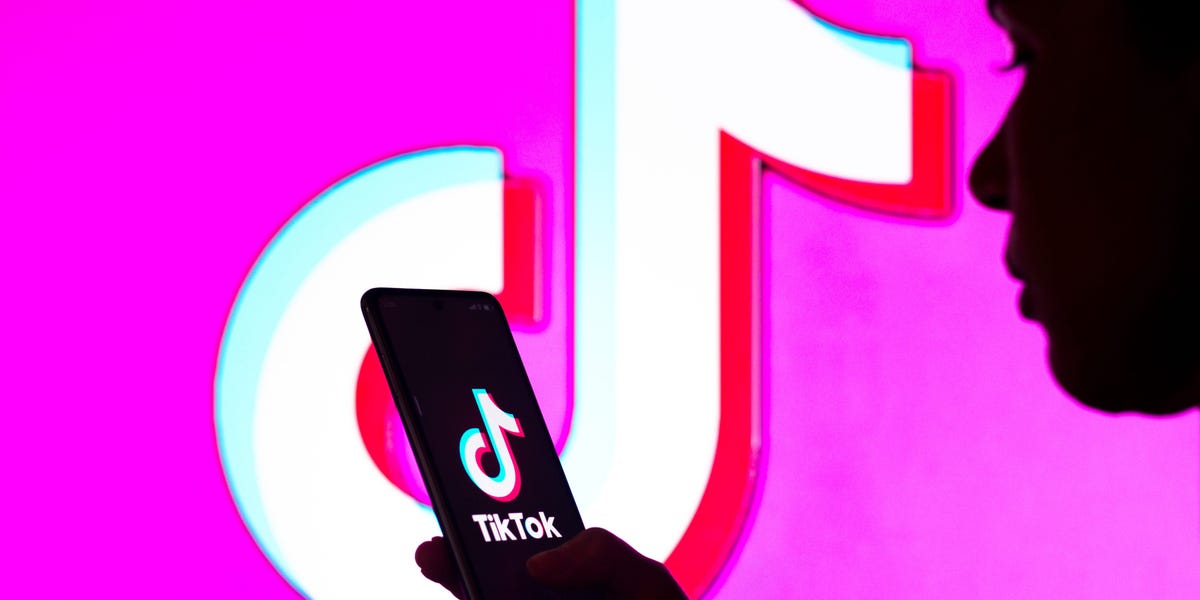