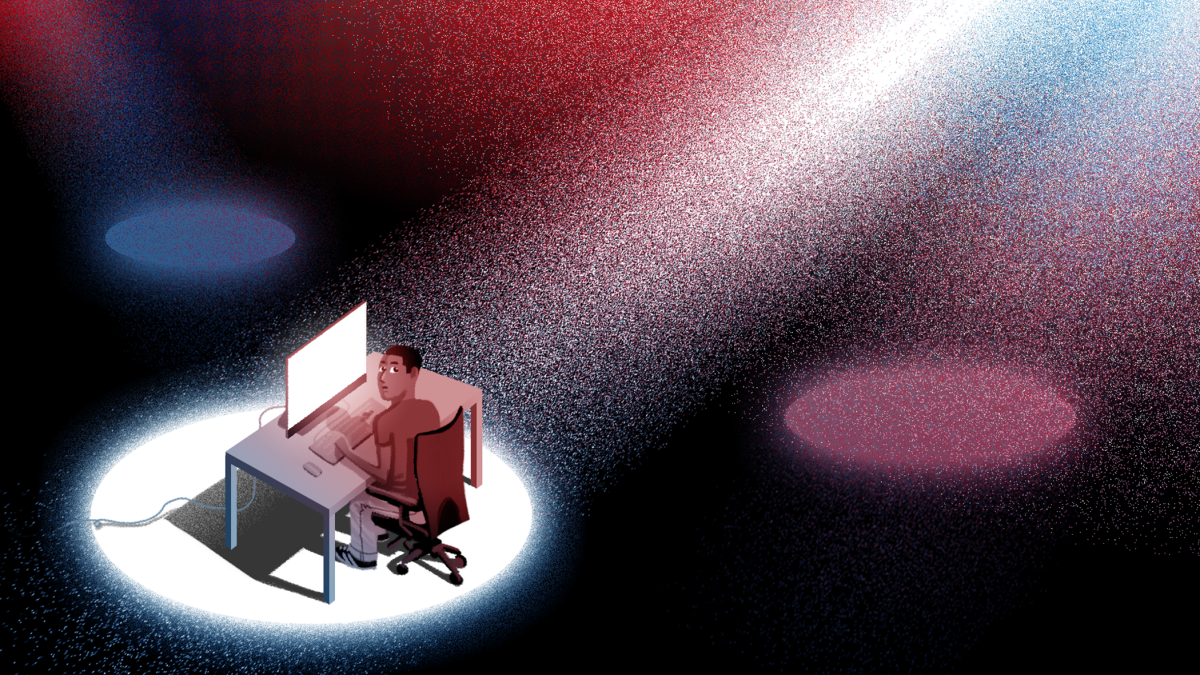 “I hate myself,” wrote a YouTube user named “The Hammer.”

“I am uglier than the El Paso shooter, and girls don’t like me, so I will murder as many people as I can. Thank you.”

A few days later, police tracked The Hammer down. His real name is Leo Arong Jr., a 45-year-old U.S. Army veteran, who is accused of making threats in the chat section of a PBS NewsHour livestream on YouTube.

YouTube’s parent company, Google, portrayed the arrest to Congress as a sign of progress. The year before, a 19-year-old made disturbing YouTube comments before murdering 17 people at his former high school in Parkland, Florida.

While people have been arrested for their YouTube comments before, I couldn’t find other examples of arrests based solely on comments posted in the chat section of a YouTube livestream. Even more unusual, Arong, who is black, admitted to making the statements, but he claims he was just spoofing someone who regularly made white supremacist comments in the same chatroom.

That user’s name? Also “The Hammer.”

Arong is currently sitting behind bars in Volusia County, Florida, home of Daytona Beach and more than half a million people. He was denied bail and faces a second-degree felony charge for written threats to kill or do bodily injury.

On its face, it seems like an open and shut case. A man makes threats online. Police arrest the man for making the threats. A tragedy is averted, proof that the system works. But there is more to the story.

A sheriff’s report confirms Arong wrote the messages under the username “The Hammer.” Police say Arong “stated he didn’t mean what he wrote, and that he was attempting to spoof another user.”

At a congressional hearing in September on “mass violence, extremism and digital responsibility,” Google’s director of information policy, Derek Slater, cited Arong’s arrest as the sole example of how the company had updated its policies since the Parkland shooting.

“Parkland was a moment that did spur us to proactively reach out to law enforcement to start talking about how we can do this better,” said Slater.

He was referencing Google’s partnership with the Northern California Regional Intelligence Center — a program run by local, state, and federal law enforcement agencies to serve as a central point of contact for online threats. The NCRIC analyzes the threat and then reaches out to the appropriate police department.

“In the last month, there was an incident where PBS was streaming NewsHour on YouTube,” he continued. “Somebody put a threat in the live chat. We referred that to the Regional Intelligence Center. They referred it to Orlando police who then took the person into custody, appropriately.”

Police said they were able to track down Arong at his home through the IP address connected to his YouTube account. But YouTube would not share specifics on how it updated its systems to deal with online threats, only telling Mashable through a spokesperson that the company has “invested in robust systems and policies to detect harmful content.”

Will the real “Hammer” please stand up?

After looking at multiple livestreamed episodes of NewsHour, PBS’s nightly studio news broadcast, on YouTube, it’s clear there is another frequent commenter who goes by the username “The Hammer.”

The other Hammer had a history of making racist comments in the PBS NewsHour livestream, such as, “The Kalergi Plan has been there all along. Miscegenation and wars until the last white man is gone. Thank you.”

The Kalergi Plan refers to a white supremacist conspiracy theory that claims there is a Jewish plot to mix white Europeans with Africans and other immigrants as a form of white genocide. The El Paso shooter, who Arong mentioned in one of the posts that led to his arrest, wrote a manifesto with similar white nationalist rhetoric.

It’s unclear whether Arong’s spoofed version of The Hammer account still exists. PBS has since disabled the live chat on most of its livestreams and removed the episode where Arong posted as The Hammer.

However, archived replays of other chats are still available on some NewsHour streams. Using these streams, I was able to manually sift through chat feeds and find NewsHour livestream chat comments from the original Hammer stemming back to when the account was originally created in July of this year. Each comment was traced back to the same account to confirm the comments were from the original Hammer and not a spoofed account. This includes streams after Arong’s arrest showing the original Hammer continued to post while Arong was in jail.

It seems other users were very aware of the original Hammer’s comments.

“REPORT THE HAMMER,” wrote one user.

“You guys are really patient to STILL have the Hammer NOT blocked,” wrote another, presumably in an appeal to the stream’s moderators.

According to the Volusia Sheriff’s Office, additional chat messages posted by Arong as the Hammer include “I hate jews because I am an inbred LOSER. We have to kill jews in order for LOSERS like me to feel relevant. Thank you.”

Arong could be making fun of the original Hammer, who mocked accusations of anti-Semitism by saying “remember the 6 trillion,” a popular phrase among holocaust deniers in reference to the 6 million Jews who died at the hands of Nazis.

Arong also wrote the following as The Hammer on YouTube:

“I don’t want Red Flag laws passed because the FBI might raid my residence and confiscate the weapons I will use to kill other Americans. Thank you.”

Arong could be mocking the original Hammer’s posts criticizing “red flag” laws, which allow family members to petition the state to confiscate a person’s firearms if they present a danger to themselves or others.

Arong also posted, “I should have been aborted at birth, to save this country from my coming mass killings of American. Thank you.” That could be a reference to the anti-abortion comments made by the original Hammer.

And like Arong’s spoofed account, the original Hammer ends the majority of their chat messages with “thank you.”

Other regular viewers of the PBS NewsHour streams also seem to be well aware of the original Hammer’s reputation in the chat.

“Even though PBS NewsHour Shadow Banned me, I enjoy your comments and wonder why they let you comment. You really push the envelope sometimes,” posted one user to the original Hammer’s YouTube channel page.

Mashable attempted to reach the original Hammer. The YouTube account remains online. We still have no idea who the user is, or if they’re still posting in other livestream chats.

“Mr. Arong has claimed in an open court, and I will claim this as his attorney, that he was merely responding to an online bully,” Ryan Belanger, an assistant public defender in Daytona Beach who was assigned Arong’s case, told Mashable.

“Any language deemed close to threatening is taken very seriously in this political climate,” he continued. “I look at this, I don’t think it’s a threat, and I think we’re ultimately going to prevail.”

Belanger described Arong as a soft-spoken man from Nigeria who earned his citizenship through more than 15 years of service in the army. After two deployments in the Middle East, Belanger said, Arong faces housing insecurity issues like so many other U.S. veterans.

When arresting Arong, detectives on the scene “established that there have been concerns for his well-being and indications that he could be in need of veterans services,” according to the police report. No guns were found at his home. 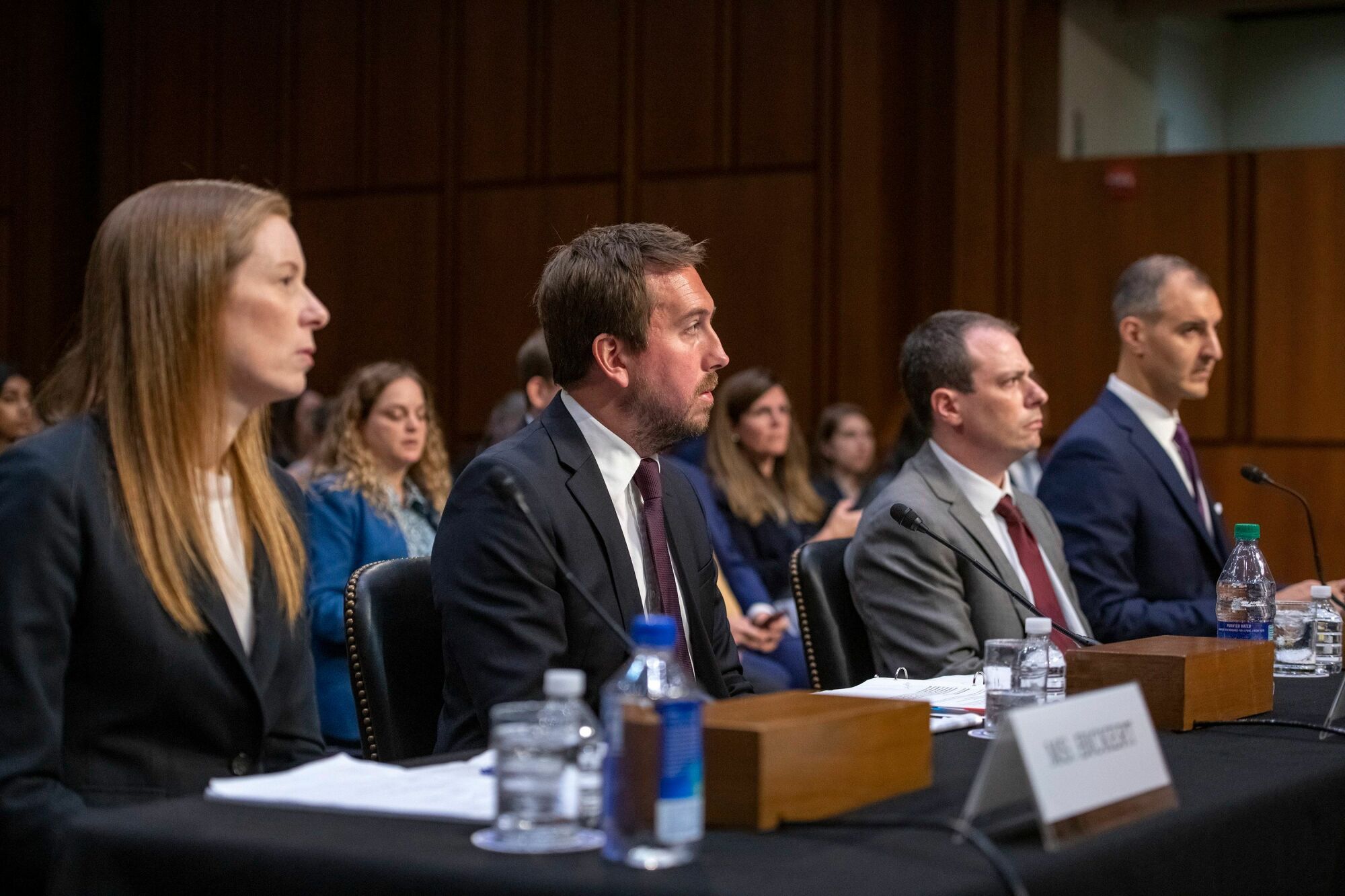 “One of the issues in this post-Parkland world is that everybody is rightfully afraid and doesn’t want to see a repeat of it, law enforcement is afraid of getting it wrong,” Melba Pearson, a former prosecutor and civil rights attorney in Florida, told Mashable. “But, the danger is always going way too overboard and bringing in people who don’t have any real intent, criminalizing somebody who has a mental health issue instead of getting them help.”

Before Nikolas Cruz killed 17 people in a mass shooting at Marjory Stoneman Douglas High School in Parkland, Florida in 2018, he left a number of threatening YouTube comments, including, “I am going to be a professional school shooter.”

The comment was reported at the time to both YouTube and the FBI by the video creator, but wasn’t investigated until after the shooting. This pushed Google to makes changes and proactively pursue threats.

“The technology that flags these things doesn’t know the truth,” said Jennifer Granick, surveillance and cybersecurity counsel at the ACLU Speech, Privacy, and Technology Project. “Whether someone goes to jail or is put in a mental health facility, that takes a level of review and sensitivity far more than something that reviews a billion posts can actually accomplish.”

“Whenever you decide to make judgments about what people are saying, whether you don’t understand the context or you don’t understand the motivation, there’s always going to be mistakes,” Granick continued. “You don’t have all the information, you can’t have all the information, but that means that sometimes people are going to get either kicked off of the platform or arrested when ultimately they’re not really guilty.”

Pearson said Arong faces 15 years in prison, where he might not get the mental health treatment he needs. The State Attorney’s Office of the 7th Judicial Circuit declined to comment on the case.

“It’s up to YouTube and other platforms to figure out how to moderate violent content without chilling free speech.”

“What happens next?” Pearson continued. “He gets out, he now has a felony conviction on his record, he now can’t get a job. And then you have all these collateral consequences, which did not address the underlying issue, which was mental health or just inappropriate discourse on the internet.”

Arong’s attorney, however, feels optimistic that won’t be the case.

“This is the way our system is supposed to work,” said Belanger. “If somebody in this climate uses language that somebody finds to be a threat, obviously this is what happens. He gets arrested. But, ultimately I think we’ll prevail because these don’t appear to be threats to me.”

There are problems, of course, with putting your faith in the criminal justice system. For example, it has failed people of color over and over and over again. Instead of preventing hateful comments though the creation of better policies and moderation systems in the first place, social media companies might be tempted to offload its responsibilities to biased institutions that often lack a basic understanding of technology.

“I don’t think the criminal justice system is the venue that this should be playing out in, it’s not the tool that’s going to fix the issues in common discourse,” Pearson said. “It’s up to YouTube and other platforms to figure out how to moderate violent content without chilling free speech.”