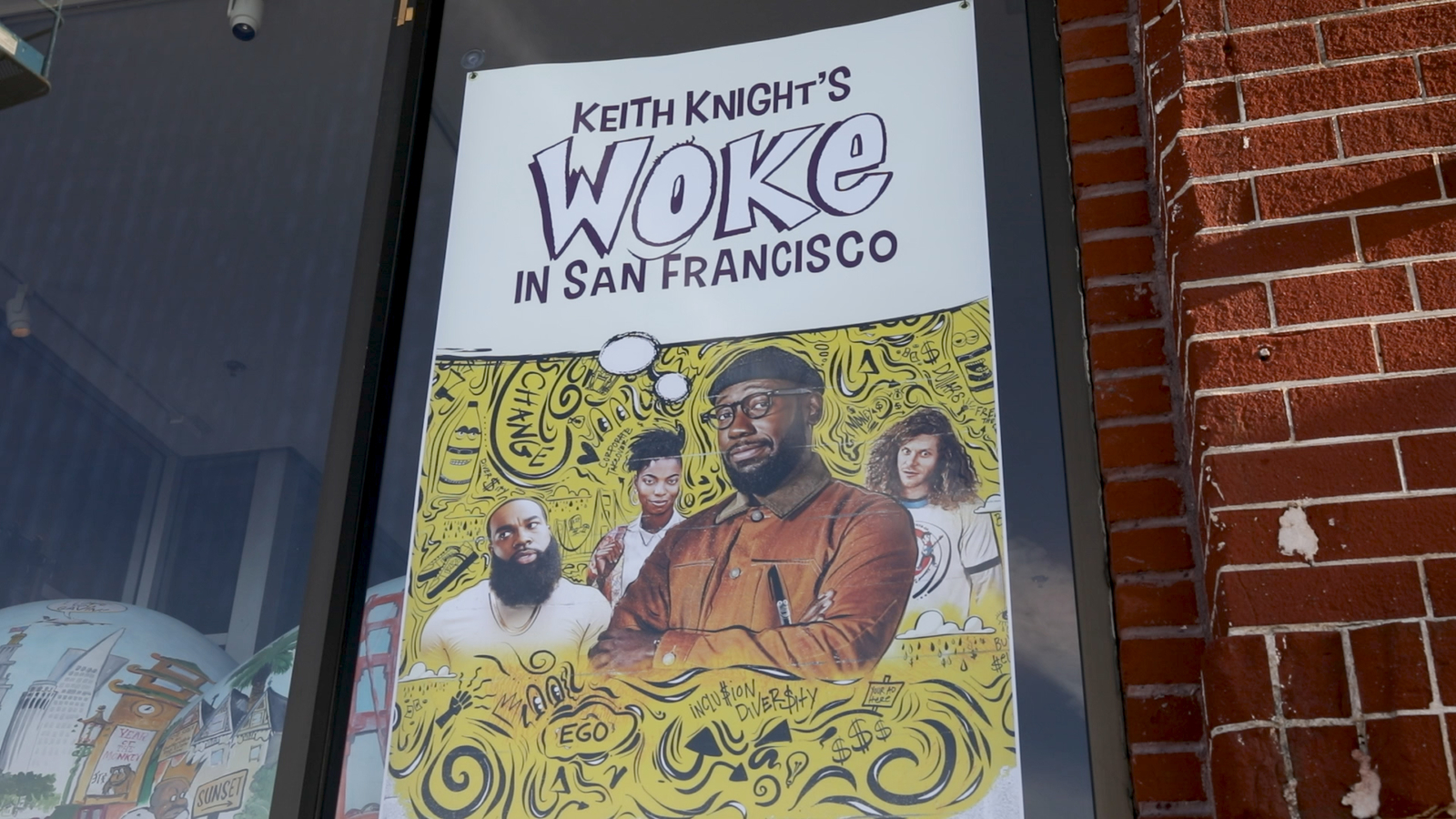 Knight’s exploration of an alternative weekly market and self syndication sparked artwork with no bounds.

“I started doing strips in this larger format, and I could talk about anything I wanted,” explained Knight.

Knight is part of a generation of African-American artists who were raised on hip-hop, infusing their work with urgency, edge, humor, satire, politics, and race. His art has appeared in various publications worldwide, including the Washington Post, the New Yorker, San Francisco Chronicle, the Nib, Ebony, and many more.

Today, his work as one of the most highly regarded cartoonists in America has inspired a streaming series about wokeness in all of its forms.

“The first season was more about Keith Knight’s journey figuring out how to connect with his audience, how to use his Blackness in his art,” explained Shasheer Zamata. “Season two is more about how each character’s journey is in relation to being woke, social justice issues, or how to be progressive or be an activist.”

In 2007, Knight ultimately left San Francisco for Hollywood in hopes of writing a hit TV show with a cartoonist lead.

“Hulu was just very, very excited about it,” said Knight. “And I love the fact that they were devoted to making sure that my voice stayed in the show because so many times you hear about artists who sell their work to Hollywood, and then they have nothing to do with it.”

Knight plays a main role in the show’s production, which also features the cartoons he created during his time in San Francisco.

“I specifically chose a lot of the cartoons that I did in San Francisco, so a lot of San Francisco specific ones, but also just about my time when I was living here,” explained Knight. “San Francisco was such a wonderful place to cultivate the inspiration for all these cartoons.”