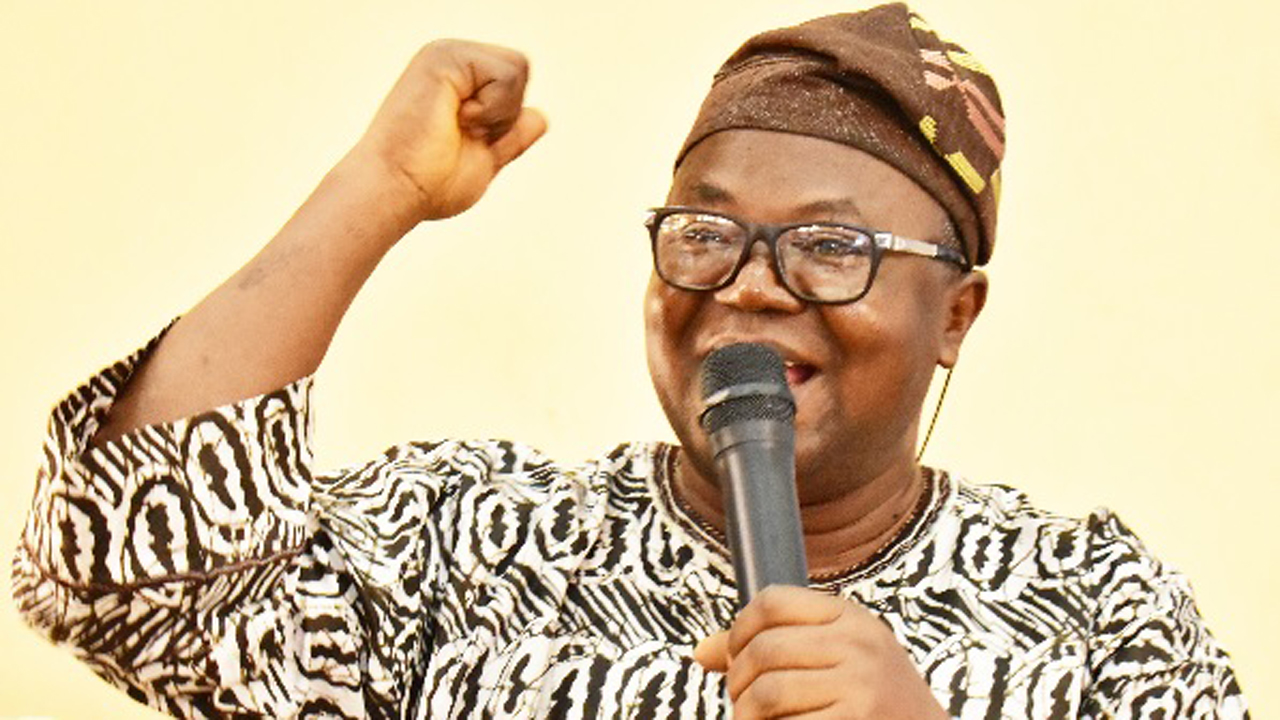 Everybody in Nigeria knows that our sons and daughters in our so-called federally owned universities have been out of school for almost a year now. Everyone knows that the reason for this is that the so-called Federal Government wishes to control everything that is done in these so-called federal universities without funding it properly; and still wishes to control everything there politically and economically, from only one office and its satellites, all from Abuja! These are the same universities whose standards had fallen abysmally since about 1984 with the first now well established interference by the so-called federal government with what university life and governances are supposed to be all about. All that Nigerian universities have gotten since 1984 of the present true decay in the university system have been mere lip services; while the rot continued unabatedly! The universities in Nigeria had between 1984 and the present time, of the systematic destruction of everything that makes sense of nations and their governances, suffered what has been called brain drain, precisely because of these. But we treated this as just one of those things; that it really does not matter, for our very funny politics!

There was no place that Nigerians in the university system did not run away to during all these times, the worst of which was during our now well accepted infamous Abacha regime, except for those who still address Abacha as their role model on how to run; and that is, of course, as the country, as “the geographical entity but not a nation” called Nigeria! In some of those Nigerian academic refugee countries, some of the best of our Nigerian brains that I personally know did nothing other than working as slaves of some of the worst governments in the world, in regard to human freedom and democracy. But these people felt that such places were better than Nigeria, at least as they paid them their salaries regularly and these salaries were relatively good! There were no diseases that these people did not develop with and in spite of these good money-earning slaveries, but they still preferred it to the academic decays that were going on in this country for all these times. That is the real way that we have come in regard to our universities in Nigeria. Some may be surprised to learn that some mere petty trader women in some of Nigeria’s leading markets are appalled to learn what university lecturers earn, informing that they “make as much as those in only one good week of their trading”!

Issues like paid sabbatical leaves with passages arranged and paid for by the university for the entire families of these university teachers has become a pipe dream and an issue that many who came to universities in Nigeria after 1984 have never heard of, nor even can imagine what it is! University campus residence with security and all the social services, including well run departmental stores within campus with decent people shopping, also became unheard of issue. The maintenance of the roads and buildings, even the students’ hostels, became an issue the university administration must put on their thinking caps to fathom how to get the money to do. It was these conditions in the universities before 1984 that allowed academics to stay in the teaching hospitals with their patients well into the nights without fear of being kidnapped on their way back to that university main campus late at night; or for the main campus staff to stay in their offices or laboratories researching far into the nights. But all that is well dead now and hardly thinkable. But the politicians are not yet done with the destruction of the universities! That is our Nigeria, and not much has changed in these regards with the present politicians.

These universities had asked the so-called Federal Government ad-nauseam to grant them autonomy so that they can fend for themselves to return these institutions to what they should be. But these “federal governments” would rather not do so, because the universities have become important arms of their governments as well as their politicking! What a shame? Currently, the so-called federal government, in pursuing its totalitarianism to the full, has introduced the so-called IPPIS salary paying system. The claimed purposes of this and its effects on the managerial principles of a very limited chain of command for necessary efficiency in any system should be a matter for another day’s discussion. This IPPIS and its totalitarianism are introduced in addition to the single treasury account system that destroyed many internationally funded research and development programmes in the universities, precisely because they could not meet agreed deadlines and reporting, because the treasury single account system stifled up their money flow for the projects. So, our bad image as a country and her university systems keeps growing. But these our Abuja politicians do not know it, nor would they care to be educated about those!

Now for an entire nation of the most richly endowed and intelligent people that Nigeria surely is, as individuals and ethnic nations, to keep watching these silly progressions, their young children wallowing away at home, etc, and keeping quiet about it, really saddens me as a person with a conscience! That this same government, that inherited all these 1984 to 2020 rot to sit down, refuse all counsels to do the correct things, and hires some people who also are supposed to have benefitted from university education to try and manipulate the academics of this country with false promises and deceptions, and the whole country keeps admiring them and saying or doing nothing to them, amazes me also! None of these politicians has gone with a one-month unpaid salary and their multiple 100% allowances, yet people are looking on academics with over 5 months of unpaid salaries, and they are looking at the clear deceptions and political brigandry and saying and doing nothing!

[That a deputy governor (which office in Nigeria currently means virtually nothing) was reported to be getting 13 million naira per month “for his office” and he was not happy with it; and then, desired to become the governor instead, are the drama of Nigeria that we keep learning of every day. He did not ask for any better job description or prescription from his governor or the entire state government, of which he is part, for a better service of the people. No!; he wanted only to become the governor himself, presumably so that he may have more money to squander! Great politicians, great Nigeria; with her great citizens watching and waiting for their own turns to take part in the squander! Some of these politicians are on several pensions, after receiving disengagement allowances Also from as many of such past 4-years-only political offices; and are still currently in even “bigger” political offices and carting away similarly huge sums of money, daily and monthly. But we are busy watching these political masqueraders trying to totally destroy our children, their teachers, and the entire university system (and eventually the very country itself!); and everything is flowing as usual, in our so-called country, Nigeria?

Well, there are surely some of us who have successfully resisted all attempts to be brain drained from Nigeria. We have not done so without reason, surely. That reason is that Nigeria must be cured of all these past and continuing stupidities. And that cure will not come from runaway patriots as by those who stay back. Such a huge endowment by God called Nigeria must be recovered from its destroyers and made good as God had desired it, in spite of all of us! That repair MUST be by a conscientisation of all of us, by the methods of education, of a win-win culture and the pursuit of the common good, but not by the methods of belligerence and such other uncivil stupidities; even if this political marauder use them and think that such is the way to go and had been strategizing for same – killing people, maiming them, causing their unexplained disappearances, especially if they complain openly – whether by themselves directly, by “Boko Haram”, “Fulani herdsmen”, other “terrorists” or variously named “bandits” that now run the country, while the politicians are busy with the sharing and carting away of the monies; some, in their bullion vans, etc!

So, as I conclude this effort of calling on these our political player’s consciences to repent of their evils and seek our common good, I ask all who can do so, those who know them personally, to advise them also to stop playing these dirty games. They should pay the university lecturers from the same pool from where they are paying themselves homogenously every month, without complaining of “Nigeria has no money”! They should make progress to see our children fully back to school after this Christmas brief holiday! they should make progress to restore most absolutely the autonomy of the universities as centres of excellence for teaching; for learning; and for people, community, and entire country development and progress! A word should be enough for the wise, and this means all human beings as Homo Sapiens, as the adage from every human society and civilization says! God bless Nigeria! 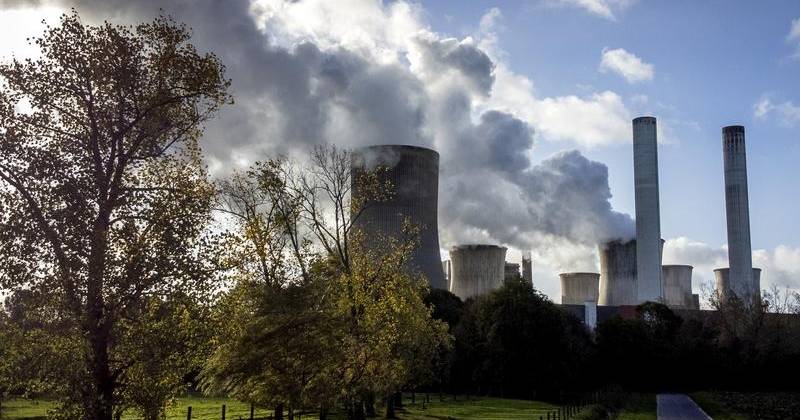