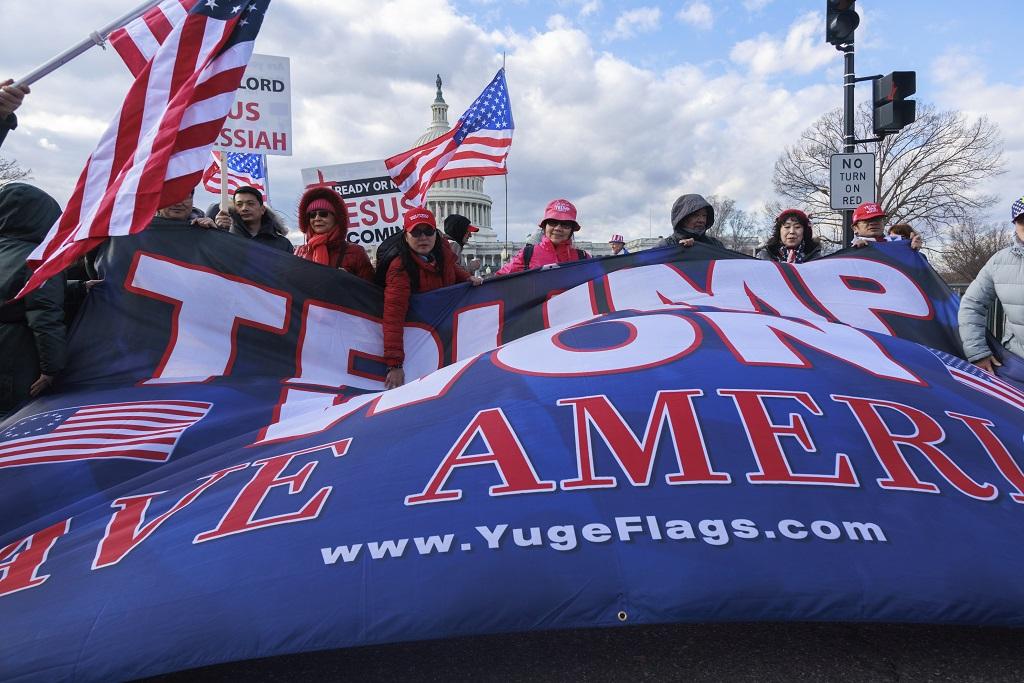 Before January 6, 2021, liberals and historians argued about whether it was appropriate to apply the label of “fascism” to describe the MAGA movement. A number of factors led to many people’s reluctance. One was the promiscuous misuse of the term on the left in past years to apply to phenomena as disparate as McCarthyism, the Vietnam War, and instances of local police brutality. Another is that most journalists don’t like to think about anything beyond the story they plan to report that day, or that week, and so are loath to imagine the connections between them. A third is that it’s not a nice thing to call a person, and reporters may need to go back to their sources, that person included, the next day for more quotes and “tick-tock,” and an accurate assessment of that person’s views in this respect is counterproductive. Then there’s the apparently partisan nature of such labeling. It’s so much better to worry about “the polarization problem” caused by “both sides.” Finally, there is the problem that the word conjures up Nazi rallies, Mussolini marches, and at least a semi-coherent ideology.

It’s this last problem that struck me recently while sitting in New York’s Film Forum to see a new 4K print of Bernardo Bertolucci’s 1970 masterpiece The Conformist. It’s not the ideology that attracts people to fascism. It’s the permission it offers to ordinary people to behave like thugs. The hero of Bertolucci’s film, Marcello (Jean-Louis Trintignant), has no ideological beliefs. He deeply admires his old professor, a Communist, whose murder he arranges simply because it’s what needs to be done to retain the position he’s reached in life. He is followed by fellow Fascists who don’t trust him to do what he has promised to do, but they could be goons of any stripe. No one in the movie, save the Communist professor and his wife—who has affairs with both Marcello and his wife—says anything of substance at all. Well, perhaps one character does: the Fascist general who briefly appears to observe, “Some people collaborate with us out of fear, some out of money, some out of faith in fascism.”

Yes, Bertolucci connects his hero’s alienation to the fact that rather than be raped as a young boy, he murdered the would-be rapist. At the film’s end, after Mussolini and the Fascists have fallen, he heads off for what will presumably be a sexual encounter with a male street urchin, having abandoned his beautiful but pea-brained wife and helped to murder the two people he most loved and admired; in other words, whatever works.

Think about it. Does Donald Trump believe in anything at all? Does Kevin McCarthy? Do the lunatics who tortured McCarthy through 15 ballots? Was their fight about political ideology? Is it just a coincidence that prominent Republicans have recently included in their ranks a child molester who was Speaker of the House, people who traffic in underage girls, and serial adulterers who preach Old Testament morality to the rest of us? And what about all of the people who were either on the Trump 2016 campaign, or worked in his administration, and also turned out to be criminals? (I almost forgot this one.) What about the newest and perhaps most appropriate symbol of the Republican Party, George Santos? Then there’s Trump himself. Need I say more?

These people don’t believe in anything save satisfying their own twisted needs and deploying whatever power available to them to defenestrate the people who stand in their way. That’s the essence of American fascism, and you can see it on display literally every day at the center of our political life, even if it’s impolite to say so. You don’t need the folks at the Claremont Institute, the Heritage Foundation, or National Review to come up with sophisticated ways to justify it. Trump’s followers get it. When will the mainstream media?

Speaking of Trumpism’s contempt for the truth, Mark Edmundson has an interesting argument to make about the role played by pragmatism—especially as practiced by his late friend (and I am proud to say mine as well) the great philosopher Richard Rorty—in paving its path, in an essay he calls “Trump Takes a Vacation: Trumpism and the American Philosophical Tradition,” in this month’s Harper’s.

And Fintan O’Toole’s forensic analysis of Trump’s attempted coup and its implications for the future in The New York Review is the among the best I’ve seen.

Dylan Riley and Robert Brenner also have some interesting points to make, and even if one disagrees, some useful data to offer, in their essay entitled “Seven Theses on American Politics,” in the current New Left Review.

And if you’ve not kept up with the Marxist academic hard left in recent years, may I recommend this essay in the current issue of Monthly Review entitled “Marx’s Critique of Enlightenment Humanism: A Revolutionary Ecological Perspective,” by John Bellamy Foster. It’s as interesting as it is demanding, which, as both Bananarama and Fun Boy Three would say, “is really saying something.” Next time you hear someone refer to Bernie Sanders or AOC—or, God forbid, The New York Times—as “far left,” remember what you read here. (Both articles have really valuable footnotes by the way. If you find yourself lost in the text, scroll to the end.)

Oh, and by the way, here is an early strong entry for Worst NYT Headline of the Year: Focus on the word “fixing.” In this Times story, meanwhile, we note that the New York state Senate “lurched” to the left while its Court of Appeals has merely “shifted” to the right. That doggone liberal media strikes again! (h/t Rob Rakove)

There’s a lot to be alarmed about with regard to Israel’s new nightmare of a government. Among its victims—albeit far from the most significant—may be a jewel of Israeli (and world Jewish) culture, Israel’s film industry. Israel’s new culture minister says “He Won’t Fund the ‘Enemy’s Narrative.’” For instance, Haaretz reports that “Miki Zohar ordered his ministry on Tuesday to look into slashing funding for the film ‘Two Kids a Day,” which deals with detention of Palestinian minors in the West Bank, on the grounds that it ‘tarnishes’ Israel’s image.” (Note to Zohar: Maybe it’s the detention, and not the movie, that does the tarnishing …) He promises that under his leadership, “the government will not fund art that he determines might harm Israel’s good name both in Israel and around the world.” In other words, the culture ministry is now the propaganda ministry. (I have always felt that one of the many self-defeating aspects of the BDS movement has been its insistence on boycotting the Israeli culture industry: the very people who care most—together with its scholars—about the fate of the Palestinians and are able to make their voices heard.)

This announcement comes, coincidentally, during the launch of the New York Jewish Film Festival at Lincoln Center. Before writing this, I was able to see two films that were made in Israel, in cooperation with other nations. America is a collaboration with the film industries of Germany and the Czech Republic. Written and directed by Ofir Raul Graizer, who made The Cakemaker, it’s a lovely, small story about how a group of people—a fiancée, parents, a close-but-estranged friend—deal with the complications that arise from a potentially life-threatening accident that harms someone they all love. It’s incredibly sensitive and knowing and draws one—as did The Cakemaker—into a story that is simultaneously Israeli and universal. It also contains a moment of unguarded racism directed toward a Jewish Israeli woman of color—something that under the new regime might cost it its funding. I also saw June Zero, a marvelously offbeat and humanistic look at, believe it or not, the 1961 imprisonment and killing of Adolf Eichmann. Based on allegedly true but unproven accounts, it puts a 13-year-old Jewish Libyan immigrant at the center of the story, together with Eichmann’s Moroccan prison guard, a Polish Holocaust survivor, and a former Jewish terrorist who is looking forward to cremating him.

In We Are Not One: A History of America’s Fight Over Israel news, here’s an interview I did for the Puffin Foundation that aired last week, and here is a review by my interviewer, Joseph Chuman, posted by the New York Society for Ethical Culture. He calls it “meticulously researched, honestly presented, lucidly elaborated, and eminently readable.”

Still nothing from a single U.S. newspaper or magazine, alas, save The New Yorker. Feel free to post your favorite conspiracy theories. Lord knows, I have mine …

Also, I will be talking to Professor David Kraemer of the Jewish Theological Society on Tuesday, February 7, from 7:30 to 8:30 p.m. Eastern about the book as part of its “Between the Lines: Author Conversations from The Library of JTS” series. Feel free to join us by signing up here.

Finally, here are a few songs I’ve been saving just to improve our day.

And finally, finally: My birthday is this coming Saturday and, as I do every year, I’ve created a Facebook fundraiser. (This is one of the few not-terrible things about Facebook.) This year, I chose the Hebrew Immigrant Aid Society (HIAS), and if you feel so moved, you are more than welcome to contribute here. 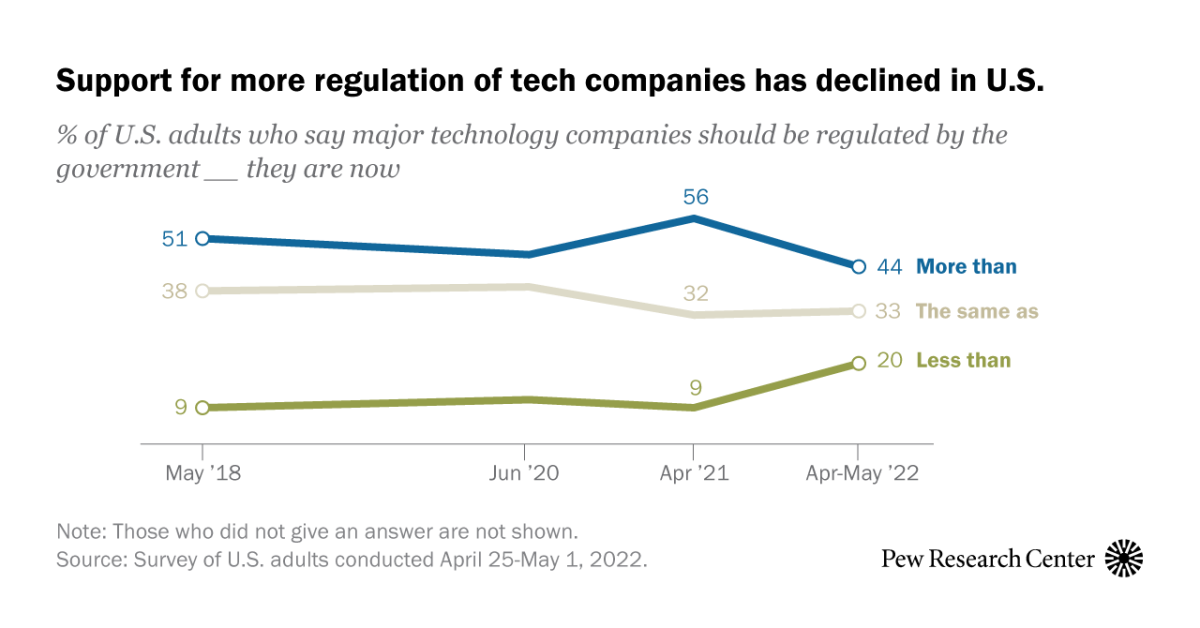