Just after midnight Thursday, less than a month from election day, and with voting already underway across the country, HBO Max began streaming “A West Wing Special to Benefit When We All Vote,” a splendidly executed restaging of an old episode in support of Michelle Obama’s nonpartisan, nonprofit group dedicated to getting people to the polls. There is, by definition, nothing less partisan than encouraging everyone to vote, though paradoxically it has become a partisan issue, as most everything has these days, given that one party traditionally benefits from turnout, while the other has been working to suppress it.

“We understand that some people don’t fully appreciate the benefit of unsolicited advice from actors,” says Bradley Whitford, who played White House Deputy Chief of Staff Josh Lyman, introducing the hour, but “we feel that at a time like this the risk of appearing obnoxious is too small a reason to stay quiet if we can get even one new voter to vote.”

Even before the election entered the home stretch, the streaming screen has been alive with reunions, by video conference and other means — “The Good Place,” “The Real World Boston,” “The Fresh Prince of Bel-Air,” “High School Musical” and many more. Many had a charity aspect — way back in April “A Parks and Recreation Special” offered an actual new episode, within a quarantine frame, to benefit Meals on Wheels — some were just for the fun of it, and others have been specific in their political support. On Tuesday, stars of various “Star Trek” series, including Brent Spiner, Alison Pill, Jonathan Frakes, Wil Wheaton and Kate Mulgrew, along with Democratic trekkies Stacey Abrams, Andrew Yang, Cory Booker and Pete Buttigieg came together for “Trek the Vote” in support of the Biden Victory Fund; on Friday, original cast members of “Hamilton” will reunite for a Q&A and “special performance” (no minimum contribution necessary).

And a few hours before the “West Wing” special went live, Patton Oswalt moderated a delightful virtual reunion of the cast/creators of “This Is Spinal Tap,” in support of Pennsylvania Democrats. (A donation, of any amount, was needed to watch, as was also true of a September table read by the cast of “The Princess Bride” in support of the Democratic Party of Wisconsin, also hosted by Oswalt, with Christopher Guest and Rob Reiner overlapping from “Spinal Tap.”) Its primary effect was to establish that “Spinal Tap” is still true and funny; politics were held until the end, when Harry Shearer suggested that once the dust has settled, we “get rid of the electoral college once and for all.”

The “West Wing” special is something different: a quasi-theatrical, “word-for-word,” fully enacted adaptation of the third season episode “Hartsfield’s Landing,” produced “under strict COVID-19 protocols” and shot on the stage of an empty Orpheum Theatre in downtown Los Angeles. Written by creator Aaron Sorkin and directed by longtime collaborator Thomas Schlamme, it has a vote-related story line — the New Hampshire primary is getting underway, just after midnight in the town that gives the episode its name, and Taiwan, bruiting free elections, is feeling pressure from China. (It is a sort of Chinese missile crisis scenario.)

With the single exception of the late John Spencer, whose Chief of Staff Leo McGarry is played by Sterling K. Brown, the main cast is present, accounted for and obviously enjoying themselves: Whitford’s Lyman, Janel Moloney as his assistant Donna Moss, Martin Sheen as President Josiah Bartlet, Richard Schiff as Communications Director Toby Ziegler, Rob Lowe as Deputy Communications Director Sam Seaborn, Allison Janney as Press Secretary C.J. Cregg and Dulé Hill as Charlie Young, the president’s personal aide. In the act breaks, there are PSAs from the cast members along with Michelle Obama, Lin-Manuel Miranda, Samuel L. Jackson, Marlee Matlin, Bill Clinton and Elisabeth Moss, a cast member not in this episode.

It is not as if the players have been individually invisible: Sheen is a regular on “Grace and Frankie”; Lowe has had several series in the interim, including “Parks and Recreation” (in whose reunion he also participated), “The Grinder” and the ongoing “9-1-1: Lone Star”; Allison Janney picked up two Emmys for “Mom.” But people who might not bother with a Robert Plant or Chuck D solo show will stand in line for days in acid rain to score tickets to a Led Zeppelin or a Public Enemy reunion. And there are surely those who get excited by the prospect of seeing the cast of “Friends” virtually reunited — also intended for HBO Max but COVID-delayed — because the series means something to them that Jennifer Aniston’s “The Morning Show” or Lisa Kudrow’s “The Comeback” or Courteney Cox’s “Cougar Town,” all fine in their own right, do not.

Though I am well-disposed, with reservations, to Sorkin’s habitual high-mindedness and his highly wrought, even overwrought bantering dialogue — which I once described as bearing “the same relation to actual human speech as a Globetrotters routine does to professional basketball,” and thank you, history, for the opportunity to repeat that — I was never the world’s biggest “West Wing” fan. (I fell off long before it was fashionable.) But Sorkin and his crew and cast took seriously the task of making something beautiful in between the PSAs, which were themselves entertaining, in an often cheeky way. (Hill to Brown: “You should know we all think you’re doing a perfectly adequate job.”)

Like all of Sorkin’s television shows, including his TV-about-TV trilogy “Sports Night,” “Studio 60 on the Sunset Strip” and “The Newsroom,” “The West Wing” is a show about people who love their jobs, and are good at them, set in a nontoxic workplace overseen by the world’s best (if only human) boss. Premiering in the twilight of the Clinton administration and continuing its alternate history through much of the Bush II years, it is a mash note to late nights and takeout pizza in the service of democracy. Everyone in “The West Wing” knows something — different things, so each has someone to tell — and each is willing to listen and learn, about big things and little, including the origins of chess and the seventh-inning stretch and who wrote “Take Me Out to the Ballgame” and the Hudson River not being a river but an estuary when it gets to down to New York City.

The unobtrusive naturalism of Sorkin’s series can sometimes war with his preference for text over subtext and love of speechifying. But the theatricality of this special staging, the suggestive spareness of the decor — door frames give the actors something to “walk and talk” through — along with the ornate empty theater and the pinpoint lighting give the performance a ceremonial feeling that supports such a direct approach and a ritual energy suitable to the subject. It’s summed up by C.J.’s declaration that “freedom is the glory of God, that democracy is its birthright and that our vote matters.” If your budget encompasses Netflix, where the series is currently airing, as well as on HBO Max, watching the original and the restaging back to back makes an instructive comparison.

Time is itself an element. Sheen is 80 now, Janney 60, Lowe 56, Hill (the kid) 45; they have aged well, but they have aged, which is not merely to say they look a little older but that they are different people now, with additional years of life and work to draw on. The line readings are different — a little mellower, a little more flowing and a little less rat-a-tat. Although what might have been scripts appeared in a shot or two, all the cast seemed to be off book.

It is shot through with lines that would have earned applause had an audience been on hand to supply it: “It’s a government phone, I can’t use it to intimidate voters”; “Make this election about smart and not; make it about engaged and not; qualified and not”; “What I cannot stomach are people who are out to convince people that the educated are soft and privileged and out to make them feel like they’re less than — you know, ‘He may be educated but I’m plainspoken, just like you.’ Especially when we know that education can be the silver bullet.”

“You have a lot of help, you listen to everybody and then you call the play,” says the president of the process. Though When We All Vote might be a nonpartisan organization, it’s clear the point here is not just voting but voting out Trump, a president who seemingly listens to no one who does not speak to him from a television screen and who has been busy not trying to safeguard the election but sowing seeds of doubt in order to predisqualify any result that doesn’t go his way.

That Hollywood should line up behind Joe Biden or at any rate against the Trumpublicans — to use a term actually trademarked by the president — should not be surprising. With some more and less vocal exceptions, Hollywood trends liberal — if it sometimes needs prodding to live up to its rhetoric — and the Trump White House, uniquely among both Democratic and Republican administrations over the last 60 years, has been apathetic, even antipathetic toward the arts; Trump events endlessly recycle the same few mostly B-list celebrities. It’s hard, for that matter, to conceive what a Zoom special to keep the vote from getting out might look like or what series would stage it. I suppose Scott Baio, James Woods and Jon Voight might get something together, but mainstream conservative actors like Tim Allen, Patricia Heaton and Clint Eastwood have been mum on (or unsupportive of) Trump.

Meanwhile, we are bringing back the past to make bearable the present and, perhaps, to help write the future. There is power in a reunion, in getting the gang back together again, even when it’s a gang you only know from the outside, and this is only more attractive in an era of enforced separation. Every relationship, every network is also a kind of narrative — a love story, if you will. When fate takes old partners along separate paths, it can be terrifically moving to see those paths cross again. Whether it is a pop band or the cast of a television show, these things shine a little light in a dark times, giving hope that our own atomized gangs may unite once more.

‘A West Wing Special to Benefit When We All Vote’

When: Any time, starting Friday 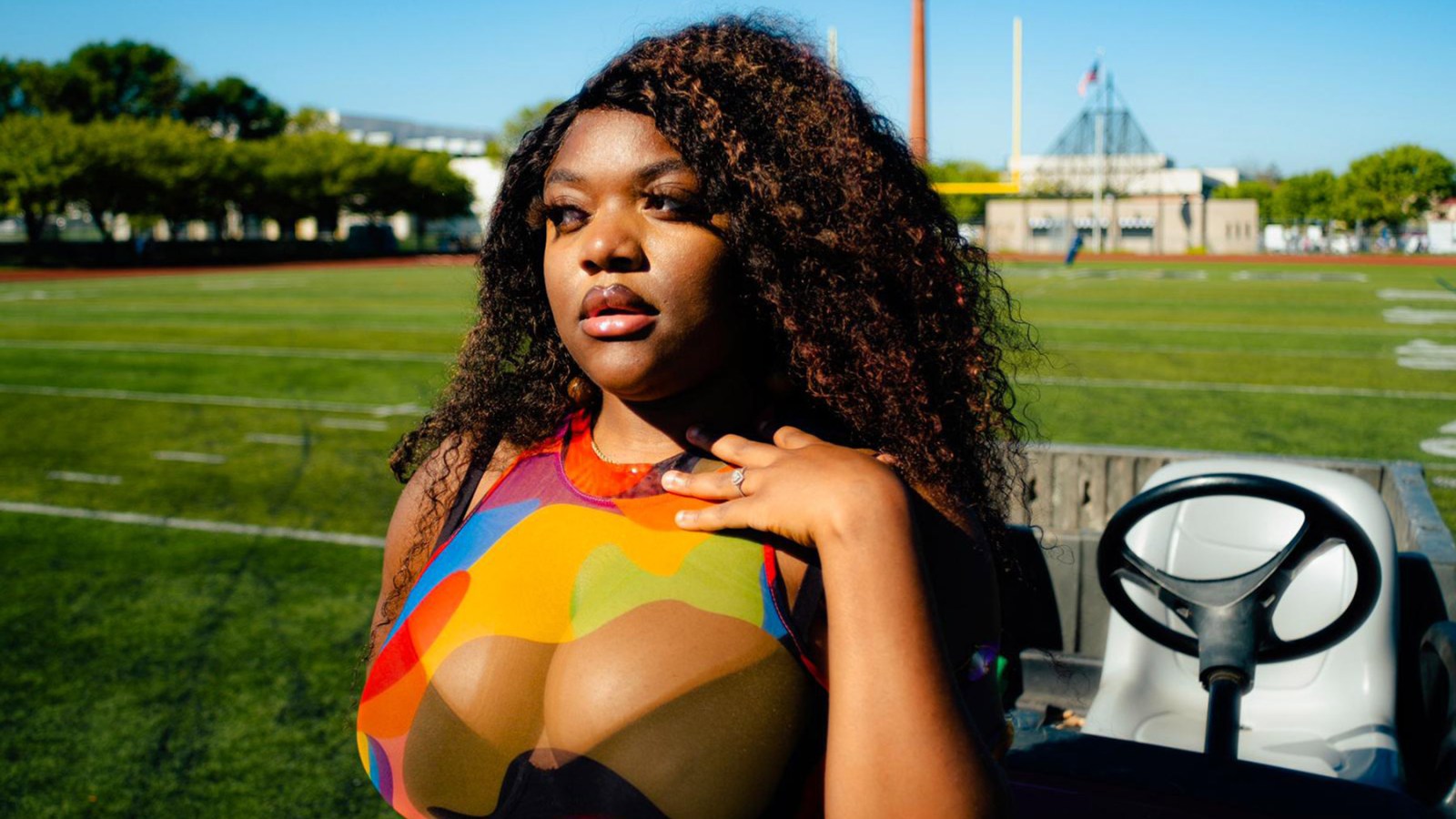