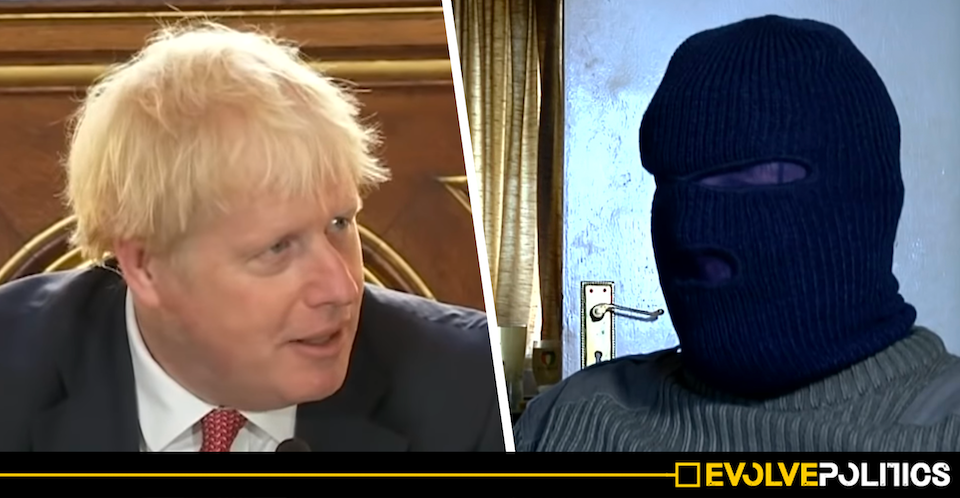 Despite spending the past five years relentlessly smearing the former Labour leader Jeremy Corbyn as an “IRA sympathiser“, the right-wing media have been oddly silent in recent weeks over a developing scandal surrounding Boris Johnson’s personal support for an unashamed apologist of the Irish paramilitary organisation.

Back in July, Downing Street was accused of “cronyism” after announcing a highly controversial raft of 36 new peerage nominations.

Among those put forward by the Prime Minister to the House of Lords were the Russian-born billionaire and owner of the Evening Standard, Evgeny Lebedev; the high profile Tory donor Michael Spencer; Boris Johnson’s former boss at the Telegraph, Charles Moore; and, incredibly, even his own brother, Jo Johnson.

However, perhaps owing to the overtly ridiculous nature of so many of the PM’s nominations, one name which seemed to slip almost completely under the radar at the time was that of the relatively unknown Brexit Party MEP, Claire Fox.

Fox’s political evolution is particularly interesting. Before becoming an MEP for the right-wing Brexit Party, Fox was a senior organiser for the Revolutionary Communist Party (RCP), as well as a member of the Irish Freedom Movement (IFM).

Fox was involved with both groups during The Troubles – a time in which they overtly supported violence carried out by the IRA.

Following the 1993 Warrington bombing – which killed two children, Tim Parry and Johnathan Ball – the RCP responded by condoning the killings, writing in their newsletter that it was “the right of the Irish people to take whatever measures necessary in their struggle for freedom“.

However, not only did Fox again refuse to condemn the bombing, she also refused to apologise to the father of one of those killed, stating:

“I’m not going to apologise. I didn’t do anything. […] I think that there was a war going on at that time, and you have to accept that I think that is long since gone and […] move on with it.”

This is what happened when we asked Brexit Party candidate Claire Fox about her support for the 1993 Warrington bombings:

Given Boris Johnson’s support for such an unrepentant IRA sympathiser, you would have thought that he might have just about enough intelligence to refrain from using the IRA as an attack line against the new Labour leader. However, at PMQs yesterday, the Prime Minister dug himself into precisely that hole.

In one of his customary non-answers, Johnson decided to completly ignore the question and accuse Starmer of supporting “an IRA-condoning politician” – an apparent reference to Jeremy Corbyn.

I wonder if the Boris Johnson trying to lecture Keir Starmer on the IRA is related to the Boris Johnson who just ennobled IRA apologist Claire Fox to the Lords. A woman who has refused to ever recant that position or apologise for it.

Desperate stuff from Boris Johnson who gave a peerage to Claire Fox, who defended the Warrington bombing #PMQs pic.twitter.com/aQdZoPVGMz

And, following the conclusion of PMQs, Labour went on the offensive over Johnson’s IRA jibe – with Starmer’s spokesman urging Boris Johnson to withdraw his support for Fox’s nomination to the House of Lords:

After @BorisJohnson attacks about the IRA, @Keir_Starmer spskmn: “One thing we would remind the Prime Minister is that he has the power to block Claire Fox being nominated as a member of the House of Lords. So if he wants to take any action on this issue we suggest he does that.”

This demand was also repeated by both the Labour Deputy Leader, Angela Rayner, and Labour’s Shadow Northern Ireland Secretary, Louise Haigh, on Twitter:

I’ve already urged @BorisJohnson to block the peerage of IRA apologist Claire Fox. So I ask you again Prime Minister, take action and block this appointment which is an insult to the victims of terrorist atrocities #PMQs.https://t.co/zKrSJ0d2PC

In the week that would have been Tim Parry’s 40th birthday, @BorisJohnson should acknowledge the deep hurt caused in Warrington and across the UK by Claire Fox’s peerage, do the right thing and block it. pic.twitter.com/CEaumKRE8Q

However, despite Labour’s demands yesterday (in addition to separate demands made by both Rayner and the Labour MP for Warrington North, Charlotte Nichols, almost an entire month ago on August 5th) the very same media outlets who spent the best part of five years attacking Jeremy Corbyn over extremely tenous links to the IRA have conveniently decided that Claire Fox’s unashamed IRA apologism, and Boris Johnson’s support for her, is, for some reason, completely non-newsworthy.

Well, actually, it’s not entirely true that they completely ignored the story. The Spectator did cover it back in August – by literally defending Claire Fox.

Downing Street did also attempt to defend their stance on Claire Fox’s nomination to the House of Lords in August, by arguing that:

“She is not a Conservative peer, and her political views will differ from those of the Conservative Government.”

Yet, despite Number 10’s argument that Fox will not be a Conservative Peer, it was recently confirmed that the Prime Minister makes the final decision on all peerage recommendations, and therefore has the power to block her appointment if he so wished.

In their defence, Downing Street also argued that:

“Claire Fox has addressed her historic comments about the Troubles and acknowledged the pain that the families of the victims of terrorism have faced.”

However, despite Jeremy Corbyn repeatedly and unconditionally condemning all IRA violence – including signing an early day motion condemning IRA violence all the way back in 1994 – the Conservative Party and their right-wing media poodles attempted to smear him with the IRA attack line at every available opportunity.

Now I wonder why the Tories and their media lackeys have taken a completely different approach to Fox and her unashamed IRA apologism.

What an absolute mystery. 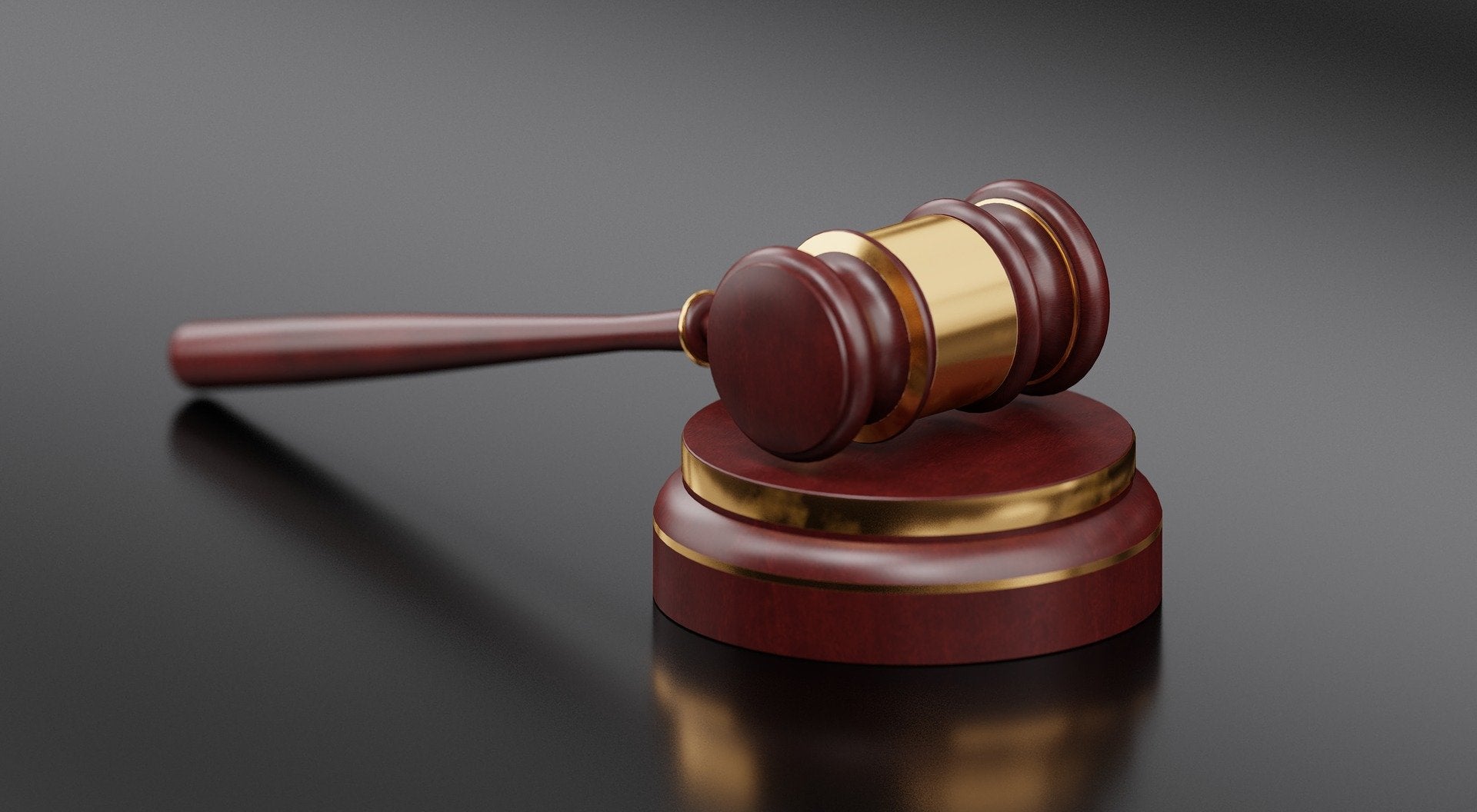