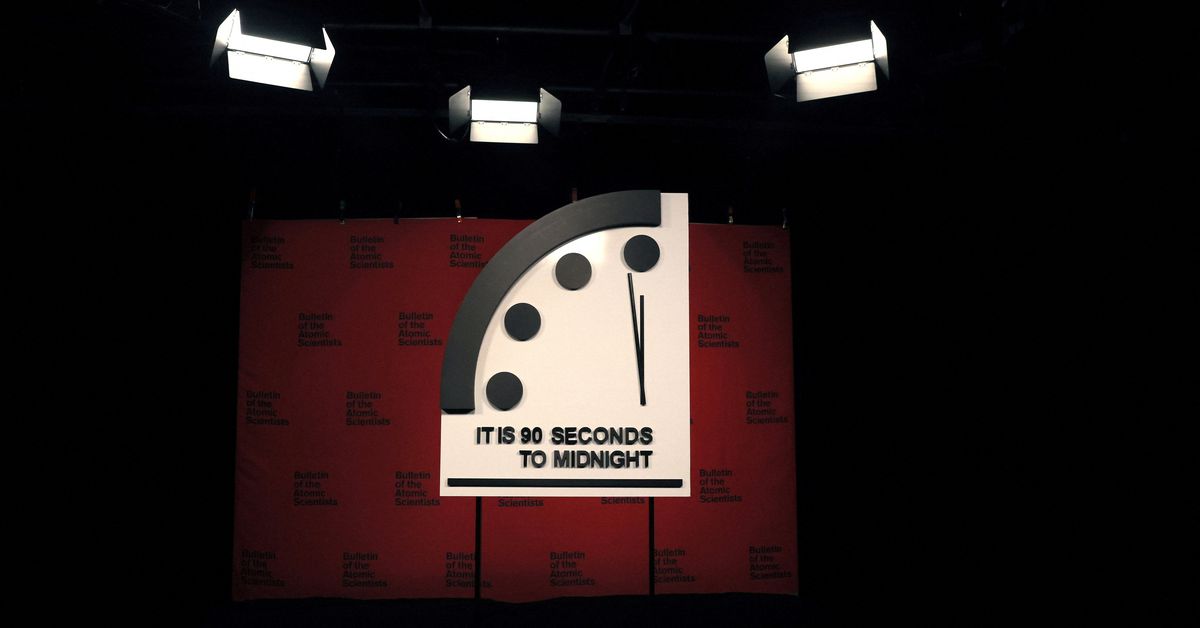 WASHINGTON, Jan 24 (Reuters) – Atomic scientists set the “Doomsday Clock” closer to midnight than ever before on Tuesday, saying threats of nuclear war, disease, and climate volatility have been exacerbated by Russia’s invasion of Ukraine, putting humanity at greater risk of annihilation.

The “Doomsday Clock,” created by the Bulletin of the Atomic Scientists to illustrate how close humanity has come to the end of the world, moved its “time” in 2023 to 90 seconds to midnight, 10 seconds closer than it has been for the past three years.

Midnight on this clock marks the theoretical point of annihilation. The clock’s hands are moved closer to or further away from midnight based on scientists’ reading of existential threats at a particular time.

The new time reflects a world in which Russia’s invasion of Ukraine has revived fears of nuclear war.

“Russia’s thinly veiled threats to use nuclear weapons remind the world that escalation of the conflict by accident, intention or miscalculation is a terrible risk. The possibilities that the conflict could spin out of anyone’s control remains high,” Rachel Bronson, the bulletin’s president and CEO told a news conference in Washington on Tuesday.

The bulletin’s announcement will for the first time be translated from English into Ukrainian and Russian to garner relevant attention, Bronson said.

A Chicago-based non-profit organization, the bulletin updates the clock’s time annually based on information regarding catastrophic risks to the planet and humanity.

The organization’s board of scientists and other experts in nuclear technology and climate science, including 13 Nobel Laureates, discuss world events and determine where to place the hands of the clock each year.

[1/3] The clock with the Bulletin of the Atomic Scientists is placed ahead of the announcement of the location of the minute hand on its Doomsday Clock, indicating what world developments mean for the perceived likelihood of nuclear catastrophe, at the National Press Club in Washington, U.S., January 24, 2023. REUTERS/Leah Millis

The clock had been set to 100 seconds to midnight since 2020, which was already the closest it had ever come to midnight.

The board said the war in Ukraine had also heightened the risk that biological weapons could be deployed if the conflict continued.

“The continuing stream of disinformation about bioweapons’ laboratories in Ukraine raises concerns that Russia itself may be thinking of deploying such weapons,” Bronson said.

Sivan Kartha, a bulletin board member and scientist at the Stockholm Environmental Institute, said natural gas prices pushed to new heights by the war had also spurred companies to develop sources of natural gas outside of Russia and turned power plants to coal as an alternative power source.

“Global carbon dioxide emissions from burning fossil fuels, after having rebounded from the COVID economic decline to an all-time-high in 2021, continue to rise in 2022 and hit another record high… With emissions still rising, weather extremes continue, and were even more clearly attributable to climate change,” Kartha said, pointing to the devastating flooding in Pakistan in 2022 as an example.

The clock was created in 1947 by a group of atomic scientists, including Albert Einstein, who had worked on the Manhattan Project to develop the world’s first nuclear weapons during World War Two.

More than 75 years ago, it began ticking at seven minutes to midnight.

At 17 minutes to midnight, the clock was furthest from “doomsday” in 1991, as the Cold War ended and the United States and Soviet Union signed a treaty that substantially reduced both countries’ nuclear weapons arsenals. 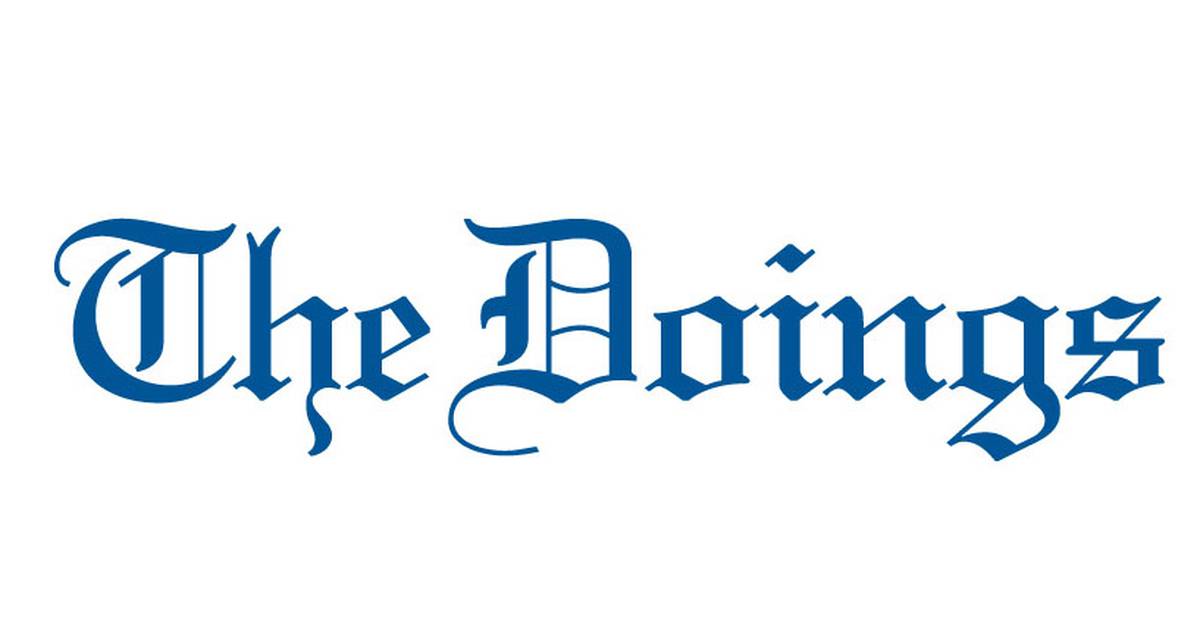 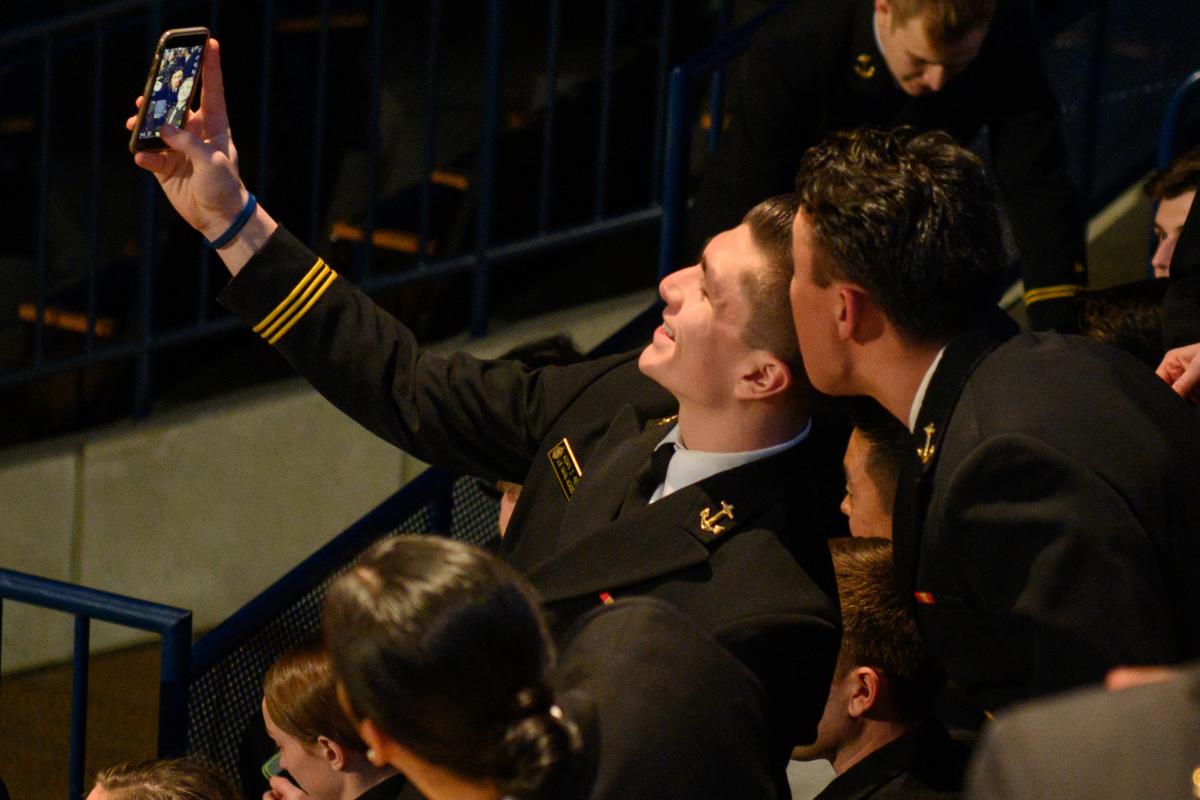