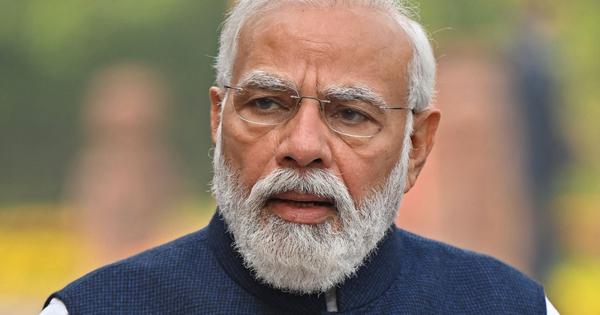 The series was reported by The Reporters’ Collective and Ad Watch.

The stories examined 5 lakh political advertisements placed on Facebook and Instagram between February 2019 and November 2020. In these 22 months, the 2019 General Elections and nine state Assembly elections were held.

The Reporters’ Collective, along with research project on political ads on social media Ad Watch, analysed advertisers who spent over Rs 5 lakh on political advertisements in this four-part series.

In its report published on Monday, The Reporters’ Collective detailed how political advertisements funded by Reliance boosted the BJP’s election campaigns.

In Thakur’s case, the report said the advertisement ran with a fake headline, claiming the BJP MP had been acquitted of terrorism charges in the Malegaon blast case in which six people were killed and 100 injured.

In Gandhi’s case, the report said the advertisement showed the Congress leader calling Jaish-e-Mohammed founder Masood Azhar with the honorific suffix of “ji”.

The report pointed out Gandhi had used the suffix sarcastically while accusing the BJP of being “soft on terrorism” when the saffron party had released Azhar from prison in 1990s. Both the advertisements ran ahead of the 2019 General Assembly elections.

It showed that the political ads placed by the BJP had received almost an equal number of views – over 130 crore – to the advertisements by surrogate and ghost advertisers that did not reveal their connection with the saffron party.

The report showed that while the BJP’s surrogate and ghost advertisers numbered at least 23, who placed 34,884 advertisements, the Congress only had two such parties that put up 3,130 ads with over 7.38 crore views.

The report attributed the Congress’ low number of surrogate and ghost advertisers to Facebook’s crackdown on proxy campaigners before the 2019 elections. While Facebook removed 687 pages and accounts linked with the Congress, it removed only one page and 14 accounts of the BJP.

It also pointed out that Section 171(h) of the Indian Penal Code prevents surrogate or ghost advertisers for a political party or its candidate. However, this rule has not been extended to social media platforms.

The third report showed that Facebook’s algorithm gave the BJP cheaper advertisement deals in comparison to the Congress in nine of the 10 elections it examined.

It showed that Facebook charged the BJP, its candidates and affiliated organisations Rs 41,844 on average to show an advertisement 10 lakh times. However, the company charged the Congress Rs 53,776 – about 29% more – for the same number of views.

“The favourable pricing allows the BJP, Facebook’s largest political client in India, to reach more voters for less money, giving it a leg up in the election campaigns,” it said.

According to the report, Facebook’s algorithm decides the price of an advertisement. It is based on two criteria – how much the content engages the audience and how “relevant” is it to the target audience. The company, however, does not reveal the exact calculation done to decided the price of a particular advertisement.

The fourth story explained how the BJP got lower rates for advertisements, claiming that Facebook favours divisive politics.

It said that Facebook’s advertising policies suggest that the pricing algorithm favours advertisements that are likely to generate more engagement. The BJP and its affiliates are the biggest direct publishers of political advertisement on Facebook that increases their visibility and engagement, in turn making the ads cheaper for them.

Facebook’s algorithm also suggests that if there are two bidders vying to display their advertisements to a particular target audience (which is expected to happen more during elections when political parties are eying for support of the voters), it is likely that the party that has more “relevant” content could win even if the other pays more, according to the report.

Facebook’s algorithm determines the content’s “relevance” based on its own estimates of how much it expects the targeted audience to engage with it.

This leads to “unfair and unequal opportunities” for political parties in electoral contests, the report said.