A judge in New York has declined to dismiss Eddy Grant’s copyright infringement lawsuit against Donald Trump over the use of the former’s track ‘Electric Avenue’ in one of the latter’s campaign videos last year. Team Trump claimed that their use of the song was ‘transformative’ and therefore covered by the ‘fair use’ principle in US copyright law, but judge John G Koeltl has concluded that the former President is yet to demonstrate that his use of Grant’s track was, in fact, fair use.

Countless artists complained about Trump using their songs and recordings during his original presidential campaign and subsequent presidency, of course, though usually those complaints related to music being played at rallies and other political events.

In that context, Trump wouldn’t usually need specific permission to play any one track providing his campaign and/or the venue hosting any one event had a blanket licence from the relevant collecting societies, like ASCAP and BMI. Songs can technically be excluded from those licences when it’s a political event, though the Trump presidency was in its latter phase by the time artists started trying to employ that technicality.

However, in Grant’s case, ‘Electric Avenue’ was used in a Trump campaign video that was posted to Twitter. And such usage isn’t covered by any blanket licences issued by collecting societies. The campaign, therefore, needed a bespoke licence, which it did not secure.

When Grant sued in September 2020, his lawsuit stated that neither he nor his companies “nor any agent on their respective behalves, had licensed any rights” in the ‘Electric Avenue’ song or recording “to either Mr Trump or [his campaign organisation], or otherwise consented to defendants’ use of the [track] in connection with the infringing video”.

Last November, Trump’s always busy lawyers filed a motion to have Grant’s lawsuit dismissed by arguing that their client’s use of ‘Electric Avenue’ in a campaign video – alongside out-of-context excerpts from Joe Biden’s past speeches and interviews – was ‘fair use’.

Fair use, of course, is the concept under US law which says that people can make use of copyright works without permission, providing that usage is “fair”. More specifically, Trump’s motion to dismiss argued that his use of ‘Electric Avenue’ was “transformative” and “comedic”, both grounds for a fair use claim.

“A reasonable observer would perceive that the [campaign video] uses the song for a comedic, political purpose – a different and transformed purpose from that of the original song”, Trump’s motion read. “Moreover, in light of the obvious comedic or satirical nature of the [campaign video], a reasonable observer would regard [it] as criticism or commentary”.

While the fair use concept is somewhat ambiguous, those claims seemed rather optimistic from the start, as Trump used ‘Electric Avenue’ in an unedited form, and the track wasn’t really editorially connected with the video imagery or Biden speeches in any substantial way.

Although noting that the complexity of fair use means it’s “rarely appropriate” for a judge to outright rule on the principle at a motion to dismiss stage in any one dispute, Koeltl nevertheless outlined a number of issues with Trump et al employing this defence when rejecting their motion for dismissal.

On the “transformative” claim, the judge wrote: “The video’s creator did not edit the song’s lyrics, vocals or instrumentals at all, and the song is immediately recognisable when it begins playing around the fifteen second mark of the video, notwithstanding that audio of President Biden’s speech can be heard simultaneously”.

“‘Electric Avenue’ is not edited at all and is ‘instantly recognisable’”, he wrote later in the judgement. “The additional audio of President Biden’s speech does nothing to obscure the song; and the song – which plays for over two thirds of the duration of the video – is a major component of the impression created by the animation, even though it appears that the video’s creator could have chosen nearly any other music to serve the same entertaining purpose”.

On the idea that the use of Grant’s song was parody, he went on: “The animation does not use ‘Electric Avenue’ as a vehicle to deliver its satirical message, and it makes no effort to poke fun at the song or Grant”. The judge then added: “The fact the video on the whole constitutes political messaging … does not, by itself, support a finding of transformative use”.

With all that in mind, Trump’s motion to dismiss was denied, although his team could still use the fair use argument further down the line.

However, it seems likely those arguments will still fail even with more evidence available and more rigorous discussion in court. After all, if the fair use defence was to prevail here, it would basically set a precedent that American politicians could pretty much use any music in any political videos without getting permission.

Welcoming the ruling, Grant’s legal rep, Brian D Caplan, told Law360: “The decision serves to send a message that recording artists’ and songwriters’ creative output cannot be arbitrarily usurped by politicians who wish to avoid obtaining permission to use their recordings and pay appropriate licensing fees”. 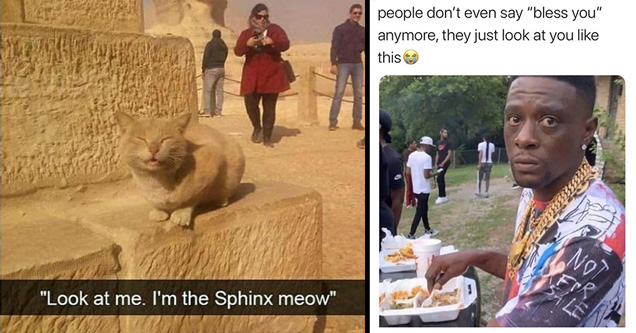