The line was long and the day was cold and overcast when Tyler Carthron went to cast an early ballot in Georgia’s runoff elections.

Carthron, 19, of Marietta, couldn’t help but notice during the hour he spent waiting to vote Dec. 17 that he was one of only a handful of young people in line.

As the minutes ticked by, Carthron pulled out his phone, attracting stares from others in the line.

“It is funny, because everyone else there is a lot older, and then I’m there, I’m 19, and I’m just there filming my TikTok, and, sure, I might get an odd stare, but I know, at the end of the day, if I could just change a few people and remind them to go out and vote, I think it was well worth all of the attention,” said Carthron, a member of Gen Z for Change, a TikTok group with a following of more than 1.1 million.

Carthron is part of a movement of young people, organizations and politicians who are using TikTok to educate people and encourage participation in the Georgia runoffs Tuesday.

“I think it’s important. I don’t normally make political videos, but I think because I am a resident of Georgia and I am voting in this and because this is such a crucial election that I should make videos for something other than pleasure,” Carthron said. Carthron’s video, which was posted to his individual account and Gen Z for Change’s account, was viewed nearly 200,000 times and liked nearly 43,000 times. Carthron had mentioned the runoff in previous videos he’d made on TikTok, but the post of him voting appears to be the one with the most engagement.

Over the last year, TikTok has become a growing forum for political discourse. The hashtag “#GeorgiaRunoff” has more than 11.3 million views. Each candidate’s full name also shows results in the millions of views, with more than 16.2 million for Ossoff, more than 9.1 million for Warnock, more than 3.3 million for Loeffler, and more than 1.8 million for Perdue.

Last month, Peaches for Progress, a coalition of young people dedicated to flipping the Senate blue, teamed up with some of the social media stars who are members of Gen Z for Change to staff phone and text banks and leverage the TikTokers’ followings to encourage young people to vote.

“Bringing together the power of more than 5 million followers on TikTok and grassroots youth organizers, this is a prime example of collaboration among young people, for young people, at the intersection of social media and social change,” Alicia Novoa, director of engagement for ​Future Coalition, a national network and community to encourage young voters, said in a statement.

The online activists largely seem to be left-leaning. Among them is Ossoff. Recent content from some big right-leaning accounts, like the Republican Hype House, doesn’t appear to mention the Georgia runoffs.

Some of those creating content are trying to make their educational videos as unbiased as possible to make sure young people on both sides of the aisle have the tools and education to make informed decisions when they vote.

“In general, just staying educated and up to date on politics and things happening in the world of politics is really, really important, and I feel like TikTok and social media in general provides a really great platform for people to be able to understand,” said Kiera Spann, 19, of Pennsylvania, who created a series of educational videos about politics, including the runoffs, on TikTok.

Like Spann, the participants aren’t exclusively from Georgia, either — teens and young adults across the country have made videos, and some have even traveled to Georgia to encourage participation.

“TikTok has been a way for myself and voters in and out of Georgia to stay connected with the candidates and what has been going on with the Senate runoff,” said Riley Reed, 20, a coalition coordinator with Peaches for Progress and executive director of Pride in Running, a group that encourages queer young adults to run for office.

Reed, who traveled from her home in Chicago to Georgia to help campaign for the Democratic candidates, said videos about the runoffs have filled her feed — including videos from Ossoff’s account.

Ossoff is the only candidate in the runoffs to have created an official account on TikTok to engage with and encourage young people to take part in the election. The TikTok users who spoke with NBC News said they’ve been impressed with Ossoff’s ability to post videos that participate in specific trends and inside jokes for which the app is notorious.

“I think Ossoff, that’s a perfect step, because there’s already a youth focus on Ossoff, and I think what he is doing is helping to drive it, especially on TikTok, and his digital team is doing a really good job, because the videos they’re making are caught up with trends, and they’re just very well done,” said Aidan Kohn-Murphy, 17, of Washington, D.C., one of the founders of Gen Z for Change.

Some of Ossoff’s recent videos feature him taking part in the “Renaissance challenge,” in which users turn their normal-looking pictures into images that look like Renaissance paintings, and a trend in which people show off things in their life that “just make sense.” Ossoff shows off “things on my campaign bus that just make sense.”

Ossoff’s reception on TikTok appears to be generally positive, with several of his videos having racked up more than a million views.

In a statement to NBC News, Miryam Lipper, an Ossoff campaign spokesperson, said the decision to include TikTok in the campaign’s digital strategy was a move meant to meet young voters where they are.

“TikTok is one creative element we’re using to speak to young voters about the issues that impact their lives, like stopping the spread of coronavirus, protecting our environment, tackling student loan debt, and passing a New Civil Rights Act,” Lipper said.

High youth voter turnout in the 2020 election has been credited with helping President-elect Joe Biden win the White House, and Ossoff’s TikTok account appears to be part of a concerted effort among the Democrats to court younger voters in Georgia.

The Center for Information and Research on Civic Learning and Engagement, or CIRCLE, reported that 52 percent to 55 percent of people ages 18 to 29 cast ballots and that those votes, especially those of young people of color, broke largely in Biden’s favor.

And voters 18-29, who made up 20 percent of the Georgia electorate in the general election, played a large part in flipping Georgia blue, too. Of Georgia voters who were 18-29 last year, 56 percent voted for Biden, while 43 percent voted for President Donald Trump, according to NBC News exit polling. Black voters, who made up 28 percent of Georgia voters under 30, voted 76 percent for Biden and 23 percent for Trump.

And there’s a pool of new young voters for the candidates to woo, as about 23,000 Georgians have turned 18 since the election, according to CIRCLE.

Carthron said he hopes the TikToks about the runoffs will pay off and lead users in the age group to vote Tuesday. He said that among his friends who were already of voting age, there has been a lot of enthusiasm.

“Everyone that I know has taken the time to go out and vote or plans on voting, and I think that’s just because people know how much is at stake,” Carthron said.

Despite the enthusiasm he’s seen both in real life and on TikTok, Carthron said he’s hopeful but wary about the runoffs. What he does know is that TikTok has cemented its position as a place for young people to discuss and participate in politics.

“I think TikTok ranks highest when mobilizing and informing young people. I don’t think I know a single person my age who doesn’t have TikTok, and I think it is the absolute best way to spread and share awareness,” Carthron said. 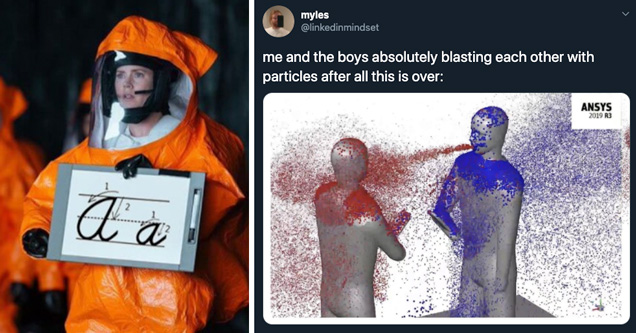 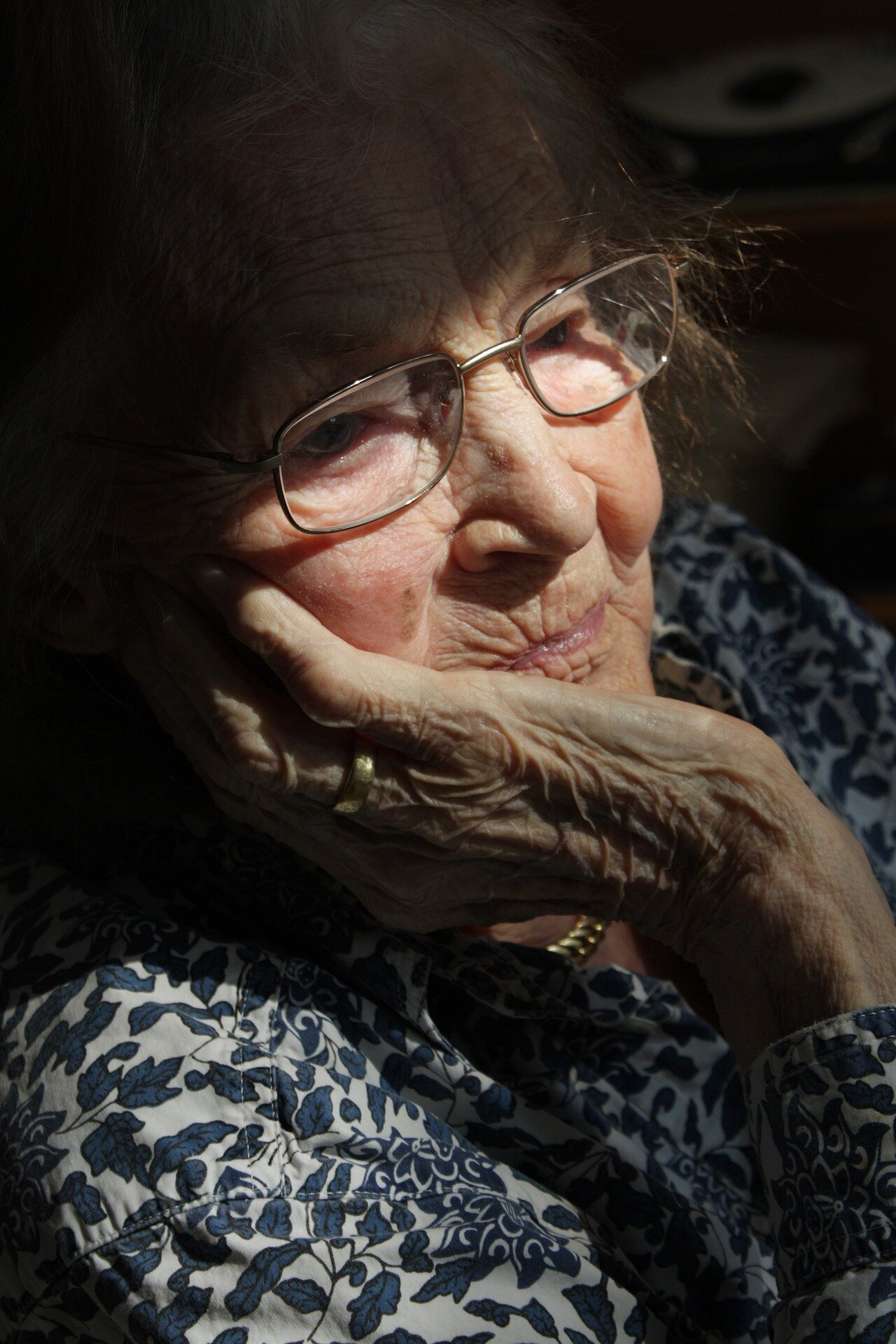