A gesture meant to bolster President Biden’s call for unity and inclusion instead inspired divisiveness, after news emerged that a White House American Sign Language interpreter was a Trump supporter who previously interpreted videos rife with misinformation.

Heather Mewshaw, who appeared in the White House coronavirus briefing on Monday beside press secretary Jen Psaki, was identified by deaf and hard-of-hearing advocates and Time magazine, fueling questions about the White House’s vetting process and what could have happened if Mewshaw had misinterpreted Biden officials or inserted her own bias. No one has publicly disputed her interpretation, but many questioned why the White House would legitimize her by giving Mewshaw the national platform.

A right-wing group she produced videos for acknowledged it was Mewshaw, who has not appeared in a White House briefing since Monday.

Mewshaw and the White House did not respond to requests for comment, but people in the deaf community told The Washington Post and wrote on social media that they felt Mewshaw’s role in the Biden White House signaled the administration didn’t fully understand the significance of the interpreter role, equating the use of Mewshaw to Biden hiring Trump’s former press secretary Kayleigh McEnany as his own spokeswoman.

Because spoken English cannot be directly translated to sign language, interpreters deconstruct words and phrases to express the spirit of the message, allowing interpretations to be colored, either intentionally or unwittingly, by biases, experts said.

“Imagine what harm she could cause,” deaf model and actor Nyle DiMarco tweeted, “literally holding the message in her hands.”

Biden had envisioned expanding accessibility to the White House, according to Psaki.

“Today’s interpreter, Heather, is joining us virtually. The president is committed to building an America that is more inclusive, more just and more accessible for every American, including Americans with disabilities and their families,” Psaki said, introducing Mewshaw before launching into the briefing Monday.

Soon after Psaki’s announcement, Mewshaw was identified online. The Time article tied Mewshaw to Hands of Liberty, a right-wing interpreters group formerly known as Right Side ASL, pointing to posts that suggested Mewshaw led the group.

Mewshaw appears in Hands of Liberty videos that convey false information and conspiracy theories, including a speech by Trump’s personal attorney Rudolph W. Giuliani and other right-wing figures. She also provided her services for speakers questioning the credibility of the election and the coronavirus death count, raising unproved theories that the government had undermined both. In one video Mewshaw interprets an One America News commentator baselessly saying the 2020 presidential election was a “military-grade sting operation.”

In a video posted three days before her White House appearance, Mewshaw provided interpretations for Black pro-Trump comedian Terrence Williams, who said: “Joe Biden, you will never be my president.”

How America developed two sign languages — one white, one black

In a video statement responding to the Time article, Michael Thompson, the founder of the group, signed that the reporting that Mewshaw “appears to manage” the group was incorrect. Thompson, in the video interpreted for The Post, signed that Mewshaw volunteered to interpret and was not disingenuous by interpreting for Biden because, he claims, she began interpreting for the White House when Trump was there.

“Now Democrats and Republicans will think they have a right to get rid of interpreters from the other side just because they are from an opposing party,” Thompson signed.

But many others disagreed, arguing that Mewshaw did not need to volunteer to interpret misinformation or provide her services to a president discredited in her other interpretation videos. More than 3,500 people have signed a petition to have Mewshaw banned from interpreting for the White House. Some indicated they intended to report her.

The Registry of Interpreters for the Deaf, which certifies interpreters, maintains in its code of professional conduct that interpreters must “avoid actual and perceived conflicts of interest that might cause harm or interfere with the effectiveness of interpreting services.”

When asked by The Post if NAD intended to appeal the White House’s decision to hire Mewshaw, the civil rights organization said those with concerns should share their feedback with the White House.

“It is also important to note that Federal law defines a qualified interpreter as one that is able to interpret effectively, accurately, and impartially,” NAD chief executive Howard A. Rosenblum wrote in a statement. “Consequently, the White House needs to ensure that it properly vets the interpreters that handle their press briefings to ensure that their qualifications meet the federal standard.”

A bio on the website of her agency, Chesapeake Interpreting, says Mewshaw has been working as an interpreter since 1999 and lists her specialty in interpreting for “federal and state government, medical, conferences, religious services, and highly-technical assignments.”

According to the Daily Moth, a news blog about the deaf community, Mewshaw began interpreting for Hands of Liberty after a disagreement with Live Access ASL, an interpretation Facebook group with more than 13,000 participants, because she chose to interpret political videos with misinformation or offensive commentary.

Mewshaw’s past work indicates a concerning prejudice against Biden, which is only more troubling when considering the gravity of what Mewshaw is interpreting, argued Jon Henner, a sign language and education professor at the University of North Carolina at Greensboro.

To explain how bias could influence interpretations, Henner selected a sentence said by Psaki during Monday’s briefing: “President Biden issued an executive order setting the policy that all Americans who are qualified to serve in the armed forces of the United States should be able to serve.”

“The word qualified is doing heavy lifting here,” Henner wrote in an email to The Post. “How would we translate that? Could serve? Can serve? Should serve? Are able to serve? Best can serve? Our own biases drive selection of the translation.”

Biden’s White House was effectively giving Mewshaw a larger platform, Henner said. Sometimes the small box that ASL interpreters are in becomes a spotlight: In the aftermath of last year’s Christchurch terrorist attack, an interpreter for New Zealand Prime Minister Jacinda Ardern gained fame, becoming a symbol of New Zealand’s inclusive response to the shootings at the mosques.

Interpreting for the White House “is an honor, not a privilege,” Henner wrote.

“My personal thoughts is that Heather has done harm to many members of the deaf communities via her work in Right Side ASL,” Henner wrote. “Being rewarded with national visibility as an interpreter for the White House is not building bridges nor supporting unity.”

She proved them wrong: A deaf couple is opening a pizzeria in D.C. with all deaf employees

This sign language performance was cut from the Super Bowl broadcast. It’s now been viewed online

Rockville basketball player wants to be an example for the deaf: ‘I have to show them we can do it’ 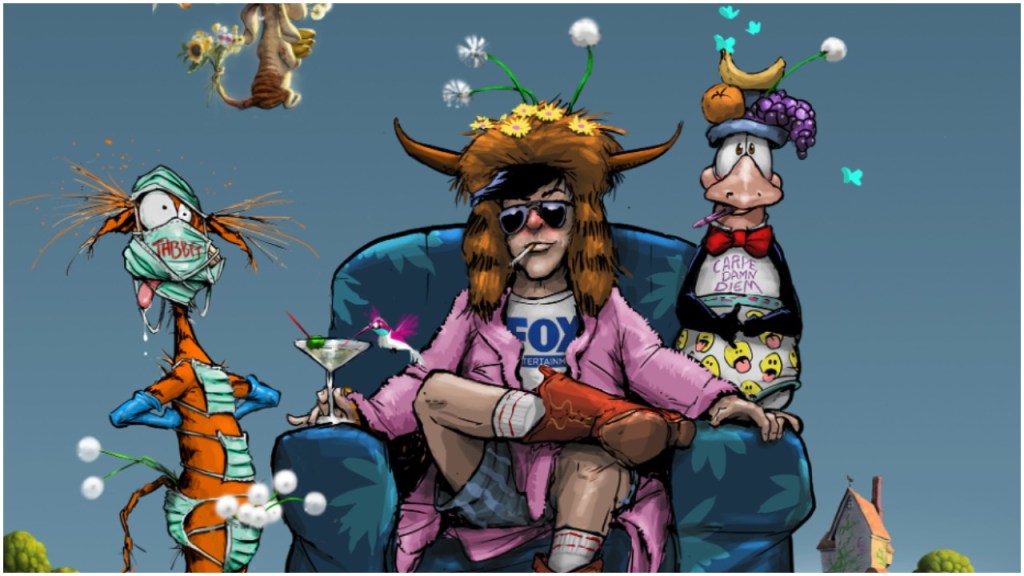