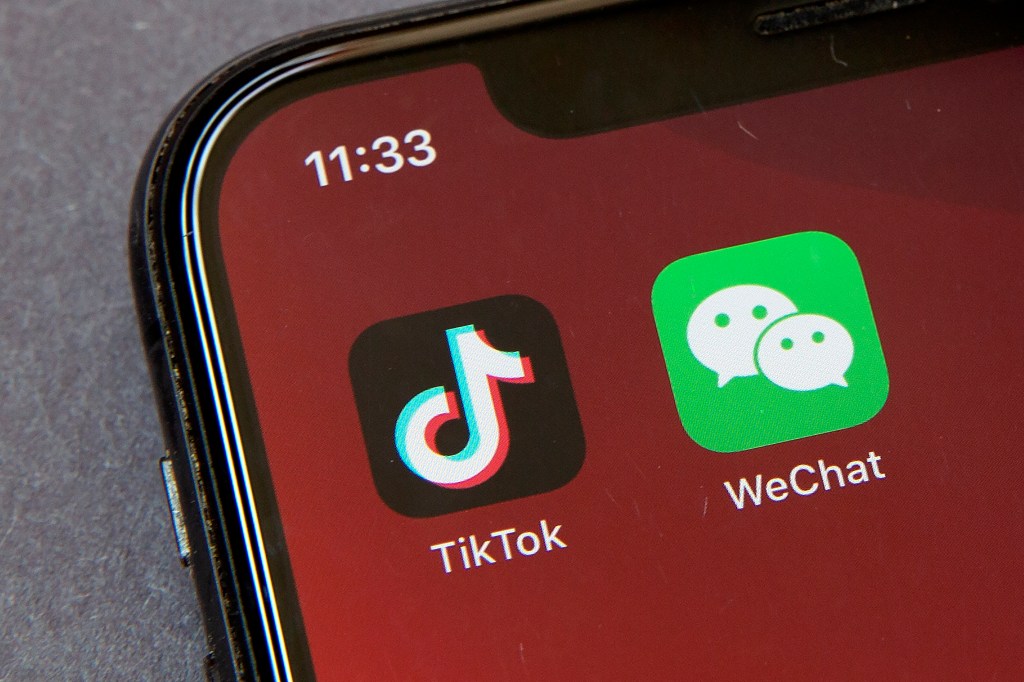 PARIS — U.S. officials have routinely called TikTok, the fastest growing online platform in the U.S., a national security threat. “The TikTok app is a malicious and menacing threat unleashed on unsuspecting Indiana consumers by a Chinese company that knows full well the harms it inflicts on users,” Indiana’s Attorney General Todd Rokita said in announcing new lawsuits against the company.

Oh really? Well, let’s open the app, shall we?

The first video I was served was of French President Emmanuel Macron announcing free condoms for young people starting in January for his official account on the platform. It’s the kind of use that officials in various states like Texas, South Dakota and Maryland have banned for public officials, citing a risk to information and infrastructure.

There’s no such panic over the platform here in Europe, but according to one of the recent U.S. lawsuits, there should be. The filing refers to access of user data by individuals in China and outside of Europe or the Western world.

Criticism of the app is starting to resemble a red scare. “If, at the end of the day, if the Communist Party and President Xi can dial up or dial down the content that your kids may be seeing, that would worry me,” said Sen. Mark Warren (D-VA) in a recent Yahoo Finance interview, referring to Chinese President Xi Jinping himself, as though he personally has nothing better to do than tinker with an app.

Is this scaremongering really about a Chinese company having access to data on Western users? Or is it about the inability of Western gatekeepers to get their hands on that same data themselves? The Biden administration’s proposed deal with TikTok involves a transfer of data into the control of U.S. Defense Department contractor, Oracle. How convenient. While that would certainly increase the odds that user data is safe from the Chinese government, how could the same be said for potential U.S. government access?

You also have to wonder how much of the objection to TikTok is about the U.S. government’s insistence on maintaining narrative control over their own citizens. During a congressional hearing last month, FBI Director Christopher Wray conflated the app with Chinese government data harvesting operations. Perhaps the U.S. government is just worried that TikTok’s rapidly growing popularity risks surpassing the platforms that routinely cooperate with the U.S. government? If American users shun these outlets in favor of a Chinese app over which U.S. authorities have limited control and access, then it risks compromising their own electronic dragnet.

Journalist Matt Taibbi, who worked with Musk to release the company’s internal communication this month, pointed out that requests from Joe Biden’s presidential campaign to delete inconvenient tweets were routinely indulged by Twitter executives.

“Twitter acting by itself to suppress free speech is not a 1st amendment violation, but acting under orders from the government to suppress free speech, with no judicial review, is,” tweeted Musk. The FBI also met weekly with Big Tech in San Francisco ahead of the 2020 vote to request the censorship of “disinformation,” former agent Elvis Chan recently disclosed.

Good luck trying to get the same level of “service” from a Chinese company.

Similarly, the Western establishment has routinely cheered the use of Twitter and other social media platforms as a place for speaking truth to power amid the Arab Spring or protests in Iran.

Scrolling through a jungle of videos on TikTok, it quickly becomes apparent where the real threat lies for Western officials. Among the scrollable clips of adorable kittens, swearing parrots, travel influencers, makeup artists and dancers, there are also political videos posted by users — often with a frontline, personal perspective — challenging the dominant Western narrative on everything: the conflict in Ukraine, daily life or travel in Russia or Iran, or the underplayed impact of Western sanctions on Europeans facing energy and cost of living crises. Sometimes visitors even point out in the comment section of these videos that such posts contradicting the status quo would be censored on Western platforms. And they’d be absolutely correct.

The government’s “threat” to national security also happens to be an outlet for unbridled free speech for many average citizens inside their own countries. Which makes you wonder what they’re really afraid of.

Rachel Marsden is a columnist, political strategist and host of independently produced talk shows in French and English. Her website can be found www.rachelmarsden.com.