Imagine for a second that you’re back in middle school. You have a test coming up on Tuesday, you’re worried about losing that friend who just started hanging out with a new group at school—and on top of all that, you think you’ve recently been growing more uncomfortable with your gender.

Maybe you’ve confided this last fact to a small group of friends or to a teacher whom you trust. You’re not totally sure you’re trans or if you want to transition, but you do know that telling your parents now feels too risky. After all, you are completely dependent on them to provide you with a home, care and food, and you don’t know whether they’d approve.

You’d like to maybe try a different name or pronouns for a bit, while you’re away from home, just to be sure before you tell your parents.

Right now, as I write this piece, this scenario is playing out in the heads of at least a student or two at one of the 13,477 middle schools in the United States.

The way schools handle kids who are questioning their genders has recently blown up into a major political discussion. How schools deal with the disclosure of students’ trans status varies widely from state to state and school district to school district. Many blue states require schools to maintain the privacy of queer and trans kids, while other states like Florida, Virginia and Alabama require that parents be notified about a potential variance in gender identity.

Put a little queer in your inbox

Xtra Newsletters send you the latest in LGBTQ2S+ news and culture.

This past weekend, the New York Times published a piece on the topic of disclosure policies, which centred the views of parents who largely disagree with the concept of transitioning at all. The interviewees were all hurt or offended that their children had tried to socially transition at school without parental input. A similar piece was also recently published in Canada by the National Post.

For kids and younger teens, school is the one place parents can’t monitor. American folklore is filled to the brim with anecdotes of teen girls hiking up their skirts or changing clothes or applying makeup as soon as they get to school. School is the first place where kids can choose to have others call them by a nickname, middle name or alternative name. For years now, gay and lesbian kids have been able to confide their sexual orientation to trusted teachers without fear of potential backlash from homophobic parents.

But, it seems, the existence of trans kids is putting that long-standing paradigm of school privacy to the test. For those who believe that gender dysphoria can be manipulated away by the adults in trans kids’ lives, giving a safe space for a child to explore their gender identity away from the domineering eyes of a parent is the worst possible outcome. Some even argue that any degree of social transitioning is a gateway to permanent medical transition, and so social transition must be regulated as tightly as more controversial processes like hormones or puberty blockers.

It’s a hogwash argument on its face. If someone is struggling with whether or not they might be trans, of course allowing them to experiment with non-permanent changes like using a new name or pronouns at school is a reasonable, conscientious part of the process.

The alternative to this is some sort of gender dystopia, where adults at school have to monitor the gender presentation or even the mannerisms of every kid at school in case one of them shows behaviours that may one day lead to “permanent medical transition.” What a joke. No reasonable person actually wants that.

This kind of environment would only breed mistrust between students and teachers, with trans kids feeling like they need to shove their gender dysphoria even deeper inside themselves. And teachers, worried that a litigious parent might run to one of the newly founded right-wing transphobic parent groups, may worry over future lawsuits. This would undoubtedly be unhealthy for student/teacher relationship-building.

As for whether faculty should be forced to tell parents if their children socially transitions at school, I’m afraid the answer is much more simple than Republican legislators or New York Times reporters and editors want you to believe. While it’s easy to assume that parents always have their children’s best interests at heart, the reality is that queer and trans kids are still very frequently abused or even outright abandoned by homophobic and transphobic parents. Outing a child will always carry a certain amount of risk that parents will not take the news well.

Forty percent of all homeless youth are some flavour of queer or trans, according to True Colors United, an organization dedicated to fighting LGBTQ youth homelessness. Additionally, 28 percent of all LGBTQ youth reported experiencing homelessness or housing instability at some point in their lives, according to a report by The Trevor Project. Which means that when parents choose to fully abandon the kids they’re tasked with housing and caring for, it’s often because the kid in question is queer or trans. When kids see no other choice but to flee their childhood homes for safety, it’s often because they are queer or trans.

Schools aren’t equipped to judge which parents are safe, which is why they’re mandated reporters and obligated by law to notify state authorities when it’s revealed that children’s homes are unsafe. But they’re not tasked with investigating for themselves whether or not that’s the case.

I speak from experience myself as a former young person who experienced rampant gender dysphoria. My biggest fear was that my parents would somehow find out. I didn’t grow up in an era where I could confide in a teacher and trust that it wouldn’t make it back to my parents, and so my only option was staying in the closet.

Not feeling like I could trust a teacher with my deepest, darkest secret meant that I often cried myself to sleep at night, or contemplated suicide despite having an otherwise nice little childhood. I think I’m too old to have been able to experience the ability to share my own trans identity with a trusted teacher, but trans kids now having that ability can only be a positive thing. The closet is hell and lonely.

Maybe that’s the end goal for the anti-trans side—keeping as many kids in the closet for as long as possible. But we shouldn’t have to sentence trans kids to this pain any longer. Trans kids know their parents best, and we should trust them on this. 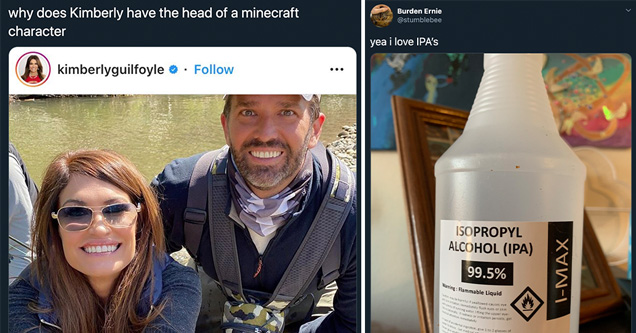